A retrospective of old cameras in photo history 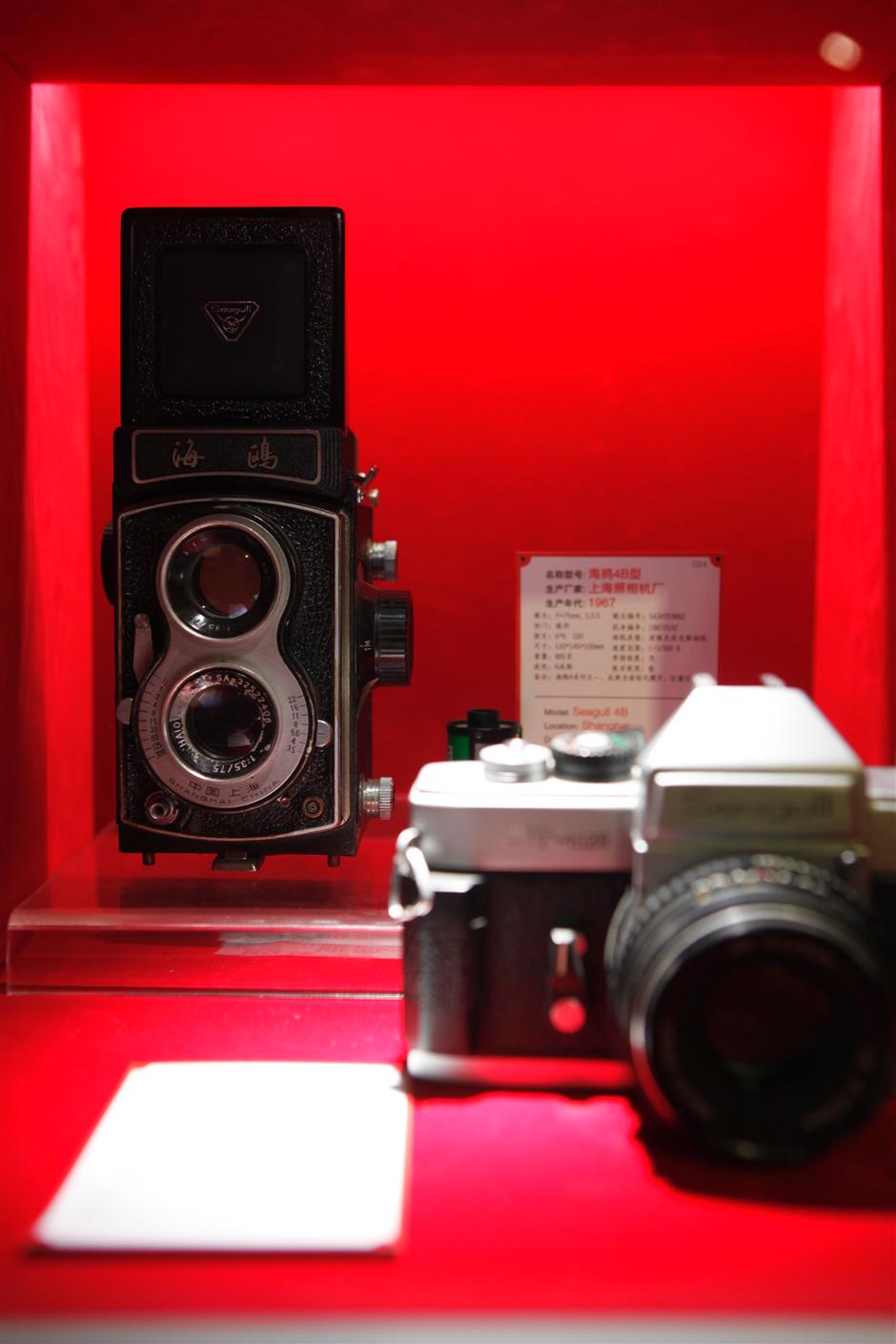 An old camera displayed at the Shanghai Camera History Museum

Hidden in the shade of phoenix trees on quiet Anfu Road, the Shanghai Camera History Museum brings the evolution of photography in China into sharp focus and evokes nostalgia among Shanghai locals whose lives were recorded in black-and-white photos.

On display are nearly 400 vintage cameras from around the world, highlighted by a complete collection of Shanghai-based Seagull cameras — China’s oldest brand.

The museum also houses a rich collection of foreign brands, such as Nikon, Leica, Hasselblad, Zeiss and Polaroid, the world’s first instant camera.

It’s all a delight for diehard camera buffs and a trip down memory lane for most Shanghai residents.

In the early 1960s, when the country was badly in need of single-lens reflex cameras for news reporting, scientific research, national defense, public security and medical treatment, the Shanghai Seagull Camera Factory was ordered to manufacture its own self-developed cameras.

Among the museum exhibits are the very first “Shanghai 58-1,” which copied the Leica 3b; the Seagull twin-lens reflex series; the Seagull 203 folding roll film rangefinder made during the cultural revolution (1966-76); the Seagull 500mm lens customized for military purposes; the popular, plastic point-and-shoot series of the 1980s; and the last model of the Seagull’s SLR camera DF-5000 with manual focus, launched in 1999.

By the end of 20th century, foreign brands such as Canon, Nikon and Minolta — with faster automatic focus speeds and better performance — dealt a heavy blow to Seagull and other Chinese camera makers, which suffered from lack of funds, inadequate research and development capability.

Seagull never picked up the pieces, and its glorious heyday finally ended. But its contributions are remembered in old photos and cameras on display in the museum today. 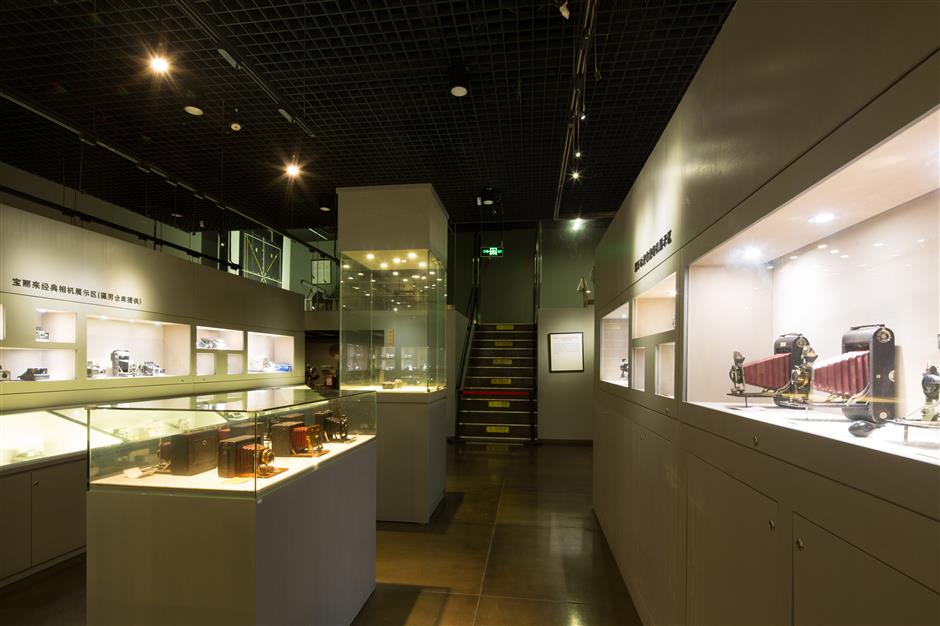 The museum displays nearly 400 vintage cameras from around the world.

A work studio has been reconstructed at the site to show how it looked decades ago. Tools, parts and a half-finished camera sit on a desk with a lamp, as though technicians working there just left for a few minutes.

“There are many old camera collectors in the world, but no one has collected an integrated assembly line like we have,” the museum director says.

Indeed, this is the world’s only showroom displaying an entire assembly line of handmade Seagull cameras, from design drawings to camera molds, tools and machinery — all perfectly preserved.

Foreign cameras, of course, also played a role in the development of photography in China.

The museum’s Nikon Exhibition Hall displays the Japanese maker’s first camera that came to market in 1948, a whole set of cameras and lenses once used by NASA to train astronauts and the type of camera used by Clint Eastwood in his role as photographer Robert Kincaid in the movie “The Bridges of Madison County.”

In the Leica zone are exhibits ranging from the German company’s first camera in 1927 to its M3, M4 and the last purely mechanical M6 series.

“If loaded with film, 90 percent of the collection in this museum would still be in working order,” Wang says. “To judge if an old camera is worth collecting, one big factor is whether it can still function.”

The museum collection contains only mechanical cameras because they are more valuable than today’s digital versions, the director says.

“If maintained properly, a mechanical camera can last more than a century,” he adds. 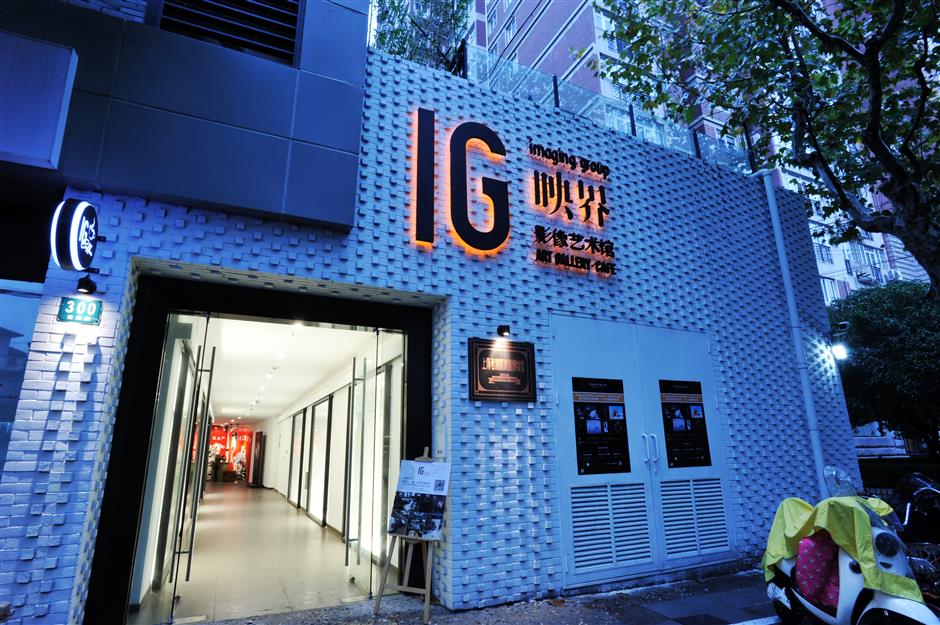 The museum moved to Anfu Road in 2015, where it exhibits old cameras and traces the history of photography.

The museum displays the commemorative edition of the Hasselblad 500EL/M to celebrate man’s first lunar landing in 1969. The historic moment was recorded by a Hasselblad camera.

Among the biggest highlights in the museum are the Eastwind and Redflag 20, two Seagull cameras with the greatest collector value among China-made devices.

Made in 1969, the Eastwind celebrated the 20th anniversary of the founding of the People’s Republic of China. Its design was based on the Hasselblad 500c 120 single-lens reflex camera. Only 97 of the cameras were made due to high production costs.

It was a 35mm camera, with head-up rangefinder and two characters for “Redflag” from Chairman Mao Zedong.

“They are so valuable because the Eastwind and Redflag models are so rare and because they were designed and made by top technicians at a great cost,” Wang says. 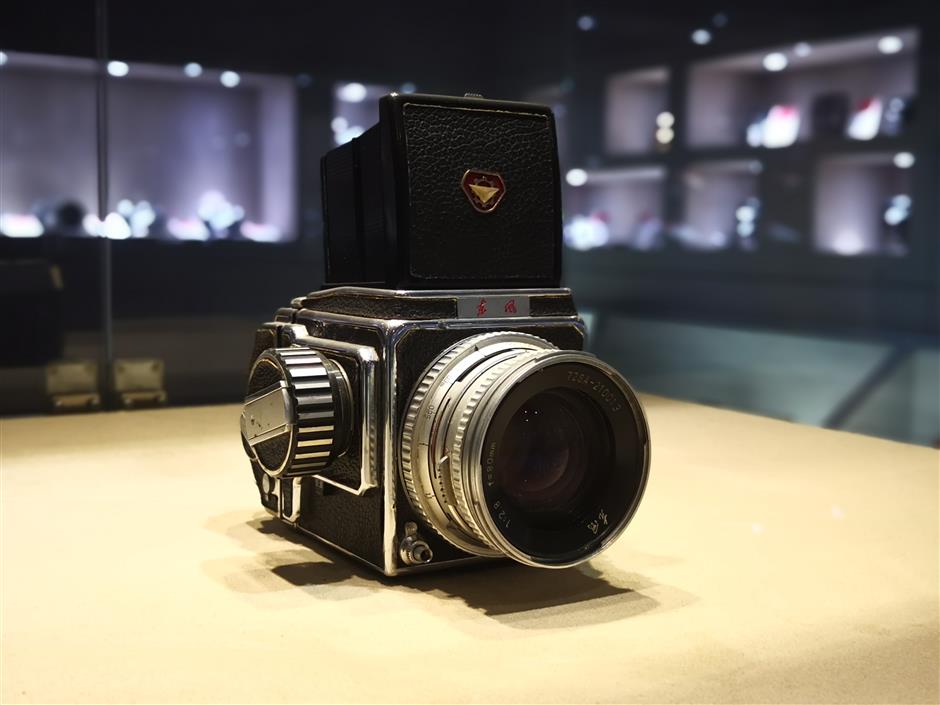 The Eastwind camera was produced to celebrate the 20th anniversary of the founding of the People’s Republic of China.

The museum moved from Chongqing Road South to the original three-story office building of Yongle Film on Anfu Road in 2015. The museum occupies the third floor. There is no entry fee.

There is a coffee shop on the second floor, providing a casual space with photography books to read and weekly professional courses given by some of China’s top photographers. Photography exhibitions are also held there.

In a one-day activity, the museum provides a vintage Seagull camera loaded with 120mm film, a tripod and a light meter to visitors who want to experience taking pictures the old-fashioned way. At the end of the day, the amateur shutterbugs come back to a darkroom in the basement and learn how to develop the photos they have taken in the vicinity.

“It’s one way for us to remember the old days, when people still had the patience and passion to wait and record special moments,” Wang says. 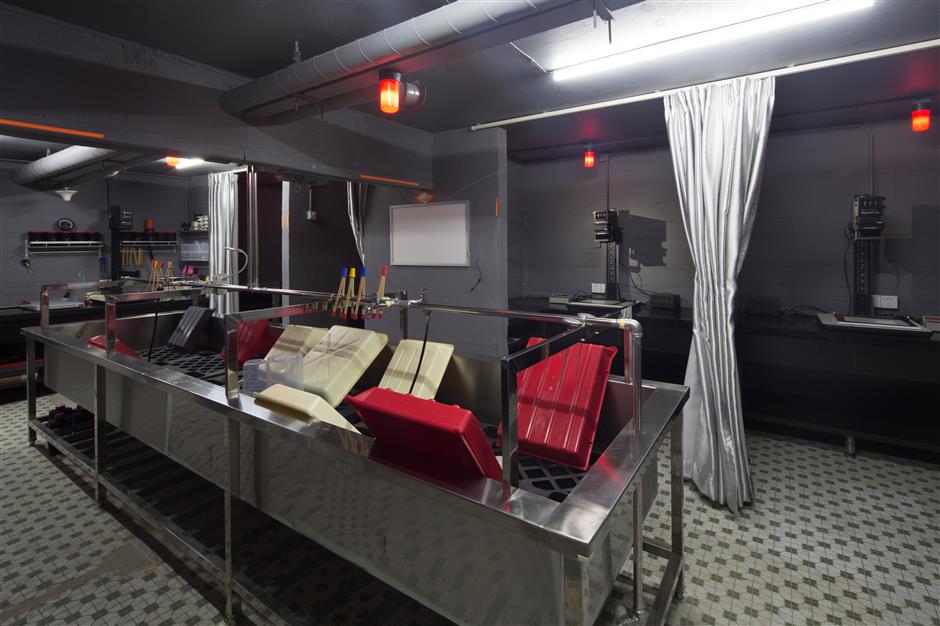 Try-it-yourself activities allow visitors to take photos with a Seagull camera and develop the films in a museum darkroom.

Open: Every day except Monday