City's river bridges to be revamped after decades of use 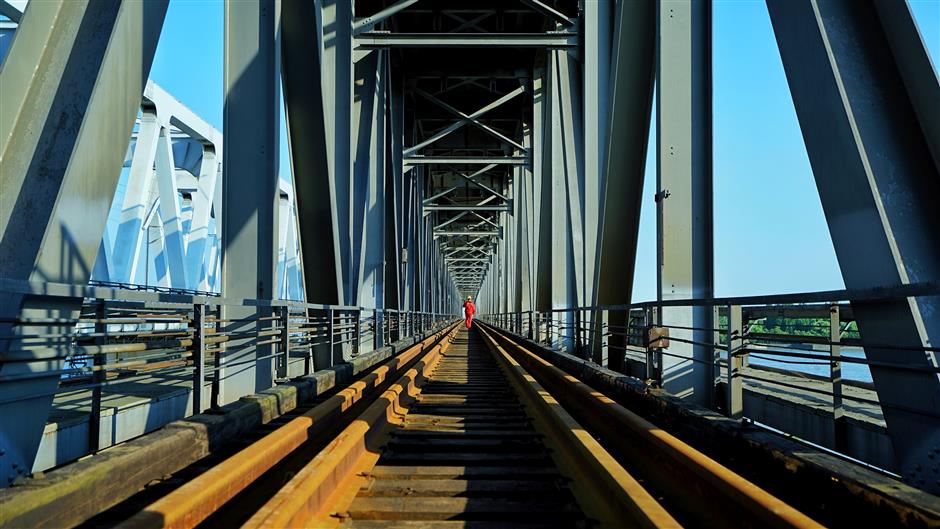 A worker walks on the lower deck of Songpu Bridge,  which once served as a major thoroughfare for trains to cross Huangpu River.

A major renovation started on Tuesday on the first Huangpu River bridge in Songjiang District to open its railway deck to pedestrians and expand vehicle lanes.

Steel rails on the lower level of the double-deck Songpu Bridge, built in 1976, were demolished on Tuesday morning to allow pedestrians and bicycles to cross the river. The main part of the bridge will be lifted by 20 centimeters to allow larger ships to sail underneath.

The Songpu Bridge revamp marks the beginning of a wide range of renovation and maintenance projects on the city's cross-river bridges spanning Huangpu River and Suzhou Creek. Most of them have been in use for over two decades, the Shanghai Municipal Engineering Design Institute (Group) Co. said. Dozens of bridges are to be inspected and renovated if necessary.

A maintenance project has also started on Yangpu Bridge, while a reconstruction on the Dongjiadu Road ramp of Nanpu Bridge has been completed, said Chen Liang, a senior engineer with Major Bridge Design, the company that built most of the city's cross-river bridges.

"Most of those bridges were built before 1990s and have been operating continuously," Chen said. "They require thorough inspections and maintenance to ensure safety." 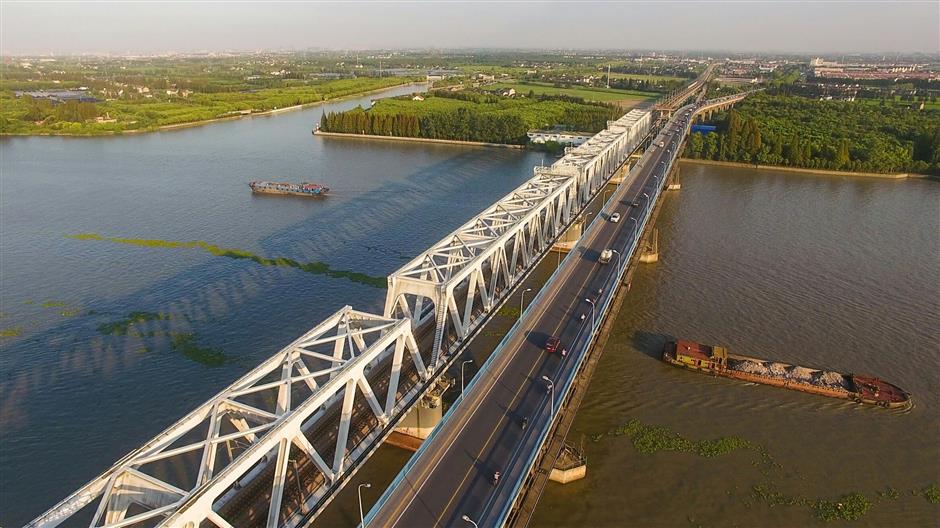 The double-level Songpu Bridge is being developed into a bridge with six vehicle lanes on the upper level, with the lower level reserved for pedestrians and cyclists.

His team has taken over the renovation and maintenance on Zhejiang Road Bridge over Suzhou Creek, Donghai Bridge crossing the East China Sea, as well as Xupu, Nanpu, Songpu and Yangpu bridges over the Huangpu River.

These projects cost a total of 1.5 billion yuan (US$226 million) under the engineering procurement and construction contracting arrangement, according to the company.

Some innovative practices will help to keep costs down.

During the Songpu Bridge renovation, for instance, Chen's group will expand the bridge deck from the current two vehicles lanes to a total of six lanes to improve the traffic. Additional bridge decks will be built on both sides of the current deck.

"By doing that, at least 400 million yuan can be saved comparing with rebuilding the total deck," he said.

A lighter and stronger structure comprised of high-strength concrete and steel beams will be used to build the additional decks without adding too much additional weight to the piers. The practice will be promoted to other bridge renovation and maintenance projects in future, Chen added.

The bridge will be raised 20 centimeters to allow larger ships to sail through. The elevating technique will be applied to the renovation on the Nanjing Yangtze River Bridge in neighboring Jiangsu Province that was built in 1968. 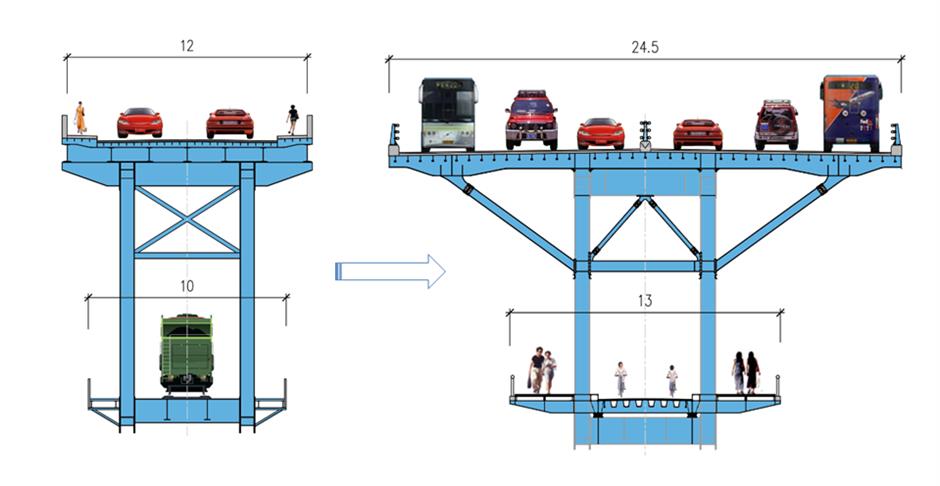 How it is and how it will be: the renovation project for Songpu Bridge, the city's first bridge spanning the Huangpu River, will make it much wider.