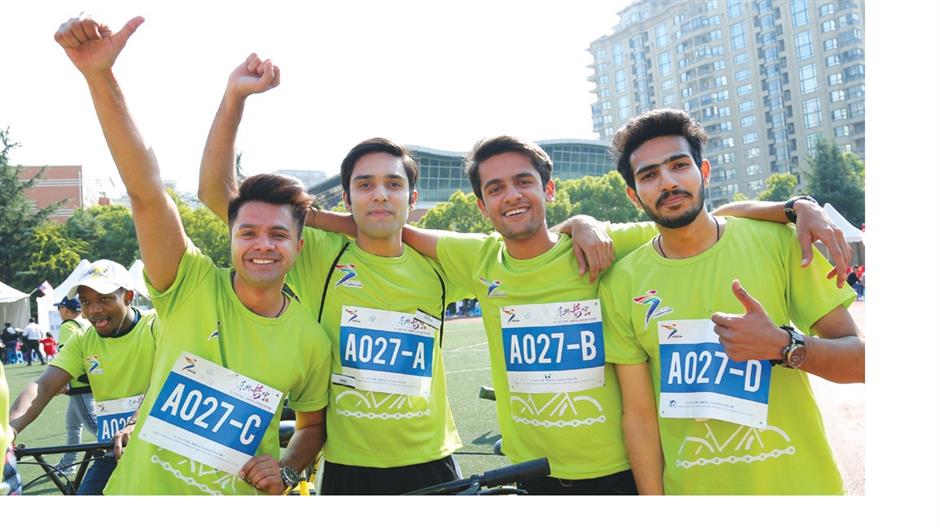 The tower-running competition was held on October 28 at Maxdo, the tallest building in Changning, after the opening ceremony for the 2017 event at Jianqing Experimental School.

Ou Jiajing, a tower-running veteran, crossed the finish line in 6 minutes and 13 seconds and won the men’s championship. Jian Muhua won the women’s race, clocking in at 8 minutes.

Jeon Young Soo from South Korea ranked first in the Foreign Friends men’s group, in his first attempt at such competition.

For cyclists who enjoyed rides during the bicycle orienteering, teamwork is the top priority.

Each team had four players of varied nationality and gender.

They carried a “passport” as well as a mission guidebook. Each wore a customized T-shirt for the race and carried a drawstring bag while all the racing bikes were provided by the organizer. There were two routes for the bike orienteering and each had four tasks.

Each team picked a route randomly and needed to accomplish all the tasks with the help of the guidebook.

Cyclists had their “passports” stamped and received a souvenir every time they completed a task successfully. 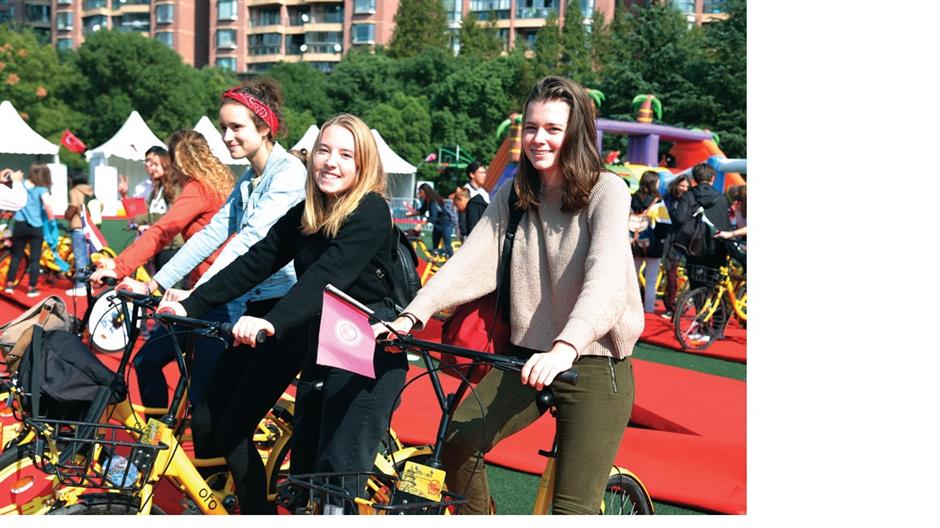 Foreigners have lots of fun in cycling, as well as bonding with local people at the first Changning Foreign Friends’ Games.

Individuals and families who signed up for the Foreign Friends games also took part in a number of activities featuring strong Chinese elements. Each player interacted with his or her friends or family members during the games.

A “passport” was also required for the activities. It was stamped each time that an individual player or a group successfully completed a task.

Changning is home to around 69,000 expats from 78 countries and regions, accounting for one third of Shanghai’s expats and nearly 10 percent of the district’s population — which turns the district into an international community of excellence.

A total of 28 consulates-general in Shanghai are in the district while more than half of the diplomats reside here.

Many expats in Changning play a strong role in community affairs and look forward to the district hosting more sporting and cultural activities.