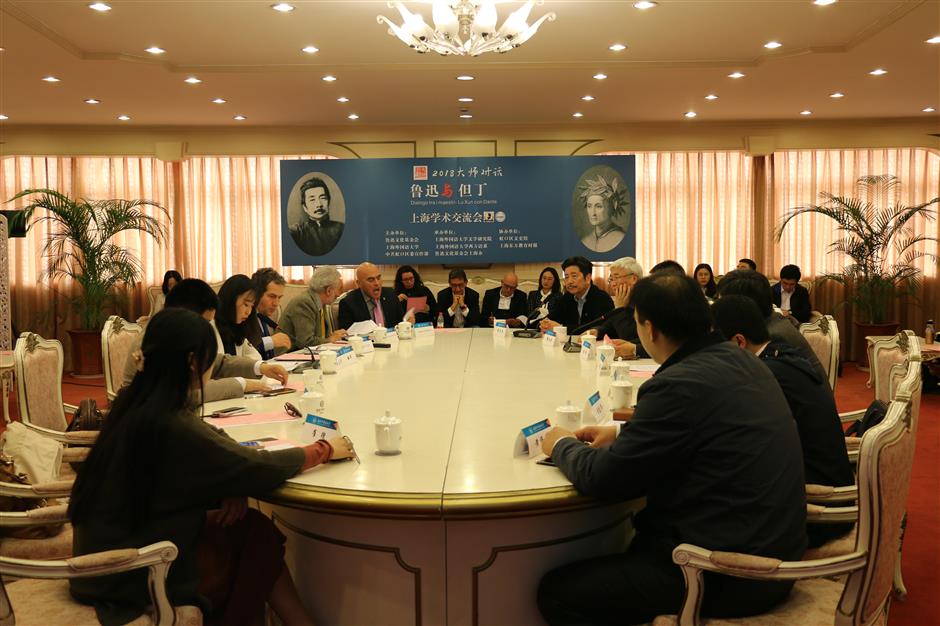 Literary experts from China and Italy exchange views on the legacies and common features of the works of Lu Xun and Dante Alighieri at a cultural event at Shanghai International Studies University in Hongkou District on Thursday.

The descendants of Chinese writer Lu Xun and Italian poet Dante Alighieri held a dialogue in Shanghai on Thursday in a bid to boost cultural exchanges between China and Europe.

The trans-time-and-space dialogue between Lu (1881-1936), the “father of modern Chinese literature,” and Dante (1265-1321) was held at the Shanghai International Studies University in Hongkou District, where Lu spent the last decade of his life.

Zhou Lingfei, the grandson of Lu, whose real name was Zhou Shuren, and Sperello Di Serego Alighieri, the 19th generation grandson of Dante, discussed the contributions and common features of their ancestors' works.

Literary experts from both countries then talked about the meaning of Lu and Alighieri's works in Sino-Italy cultural exchanges nowadays.

Lu's legacy is honored in a memorial museum in Hongkou, along with his former residence where he lived with his wife and son until he died of tuberculosis in 1936.

The district promises to further promote his legacy with more such cultural events, Zhao said. 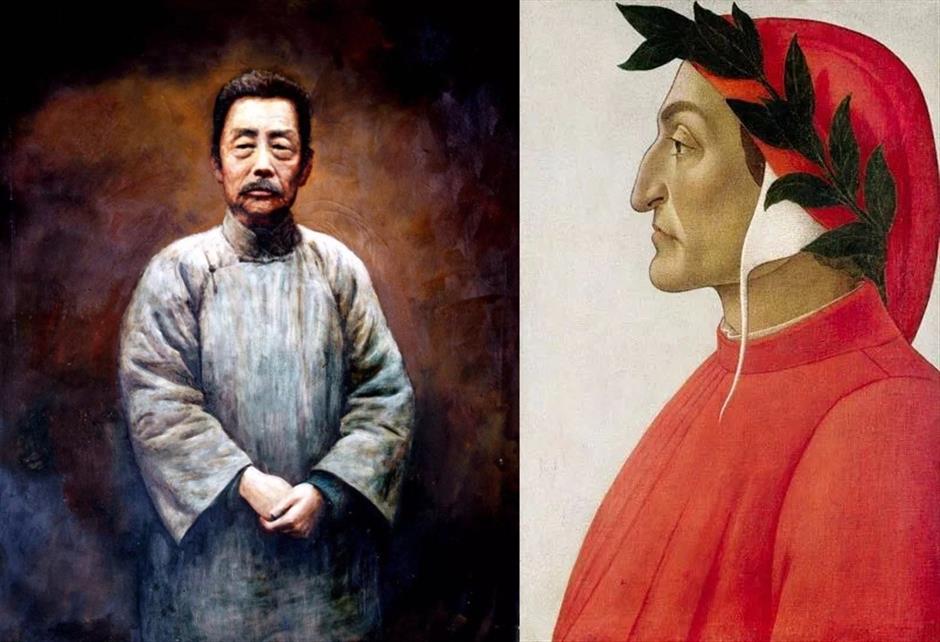 Lu and Dante represent the most influential men of letters in China and Italy. Though they lived in different ages and their works were distinctive rhetorically, the spirit of their works are common, said Wang Xirong, vice president of the Lu Xun Culture Foundation and a professor with Jiao Tong University.

Both "The Divine Comedy" and Lu's prose and poem collection "Wild Grass," for instance, reflect the struggle against social darkness while pondering over human destiny, Wang said.

Lu once mentioned the great influences of Dante's work in his writing, he added.

"Such spiritual exchanges between two great writers can bring us important inspiration and help pass on the legacies of both nations," he said.

The dialogue was part of an annual cultural exchange event named "Dialogues between Lu Xun and the world's literary giants."

Lectures, seminars and art performances were also held during each of the dialogues to enhance the mutual recognition between China and different countries, according to the foundation.