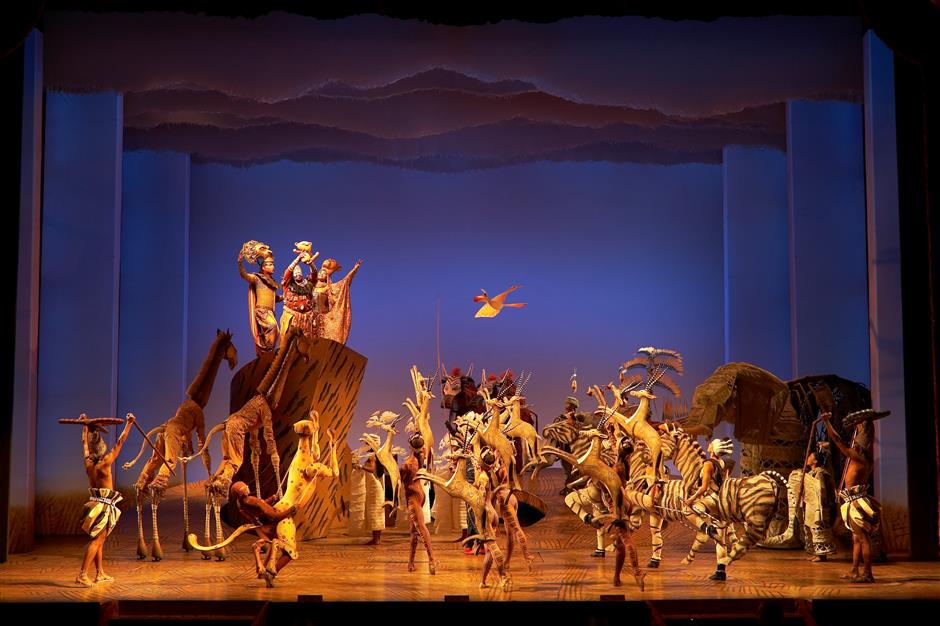 The first Mandarin production of the Broadway musical Lion King held its last performance on October 8 at the Walt Disney Grand Theater.

Shanghai Disney Resort on Monday revealed the premiere date for the Mandarin version of Broadway musical Beauty and the Beast, set to take the stage at the Walt Disney Grand Theatre in Disneytown on June 14.

Beauty and the Beast was Disney's first musical on Broadway, becoming one of their longest-running and most popular shows.

It tells the classic story of Belle, a young woman who is first repelled by, then attracted to a gruff yet big-hearted beast, who is really a young prince trapped within the beast's body.

The premiere of the musical will be held on June 14, before opening to the public the following day. Tickets will be available from May 24 on the Shanghai Disney Resort official website, Damai.cn, and other official resort travel trade providers.

Extensive auditions and recruitment for the new production spanned the entire country and took six months, leading to the selection of more than 80 performers and crew members who will bring the show to life.

The original Broadway creative team, including director Rob Roth, have been in Shanghai working with the local cast and crew as they rehearse the production.

The resort's previous musical production, the Lion King, held its last performance in the 1,200-seat theater on October 8.

Tickets for Beauty and the Beast will go on sale from May 24.