The MSC Splendida today sets off on its maiden voyage from its new home port in the city’s Baoshan District, taking 4,000 passengers through a five-day voyage to Japan’s port city Hakata.

A popular luxury cruise liner from MSC Cruises, one of the world’s largest privately held cruise lines, will today set off on its maiden voyage from its new home port in Baoshan District.

The MSC Splendida leaves its home port at Baoshan’s Wusongkou International Cruise Terminal and will take 4,000 passengers through a five-day voyage to Japan’s port city Hakata.

The European liner’s arrival at Baoshan also meant that a total of 10 million global passengers have entered or exited the country through the Wusongkou terminal on over 1,600 cruise ships since the terminal’s opening in 2011.

The 138,000-ton MSC Splendida has a total of 1,637 cabins and can accommodate 4,363 passengers. It aims to bring “an authentic European luxury cruise experience” to Chinese customers, the company declared.

During the voyage, through to May 22, the cruise company has prepared a series of training sessions on yoga and economic lectures. Renowned Chinese economist Xu Xiaonian and Indian yoga master Mahendra will interact with the customers onboard.

The MSC Splendida has undergone a renovation to avail a better experience for its passengers.

“China has become the focus of attention of the global cruise market. MSC Cruises has a long-term, healthy and sustainable commitment to the Chinese market,” said Gianni Onorato, the chief executive officer with MSC Cruises.

To better serve Chinese customers, the MSC Splendida has undergone a major renovation before entering the Chinese market. Its facilities, from culture to dining, digitalization and payment methods, have been upgraded to cap the demands of Chinese guests.

The Chinese name of the ship, for example, was written by famous calligrapher Zhuge Lina and engraved on the hull in golden color to blend both the ship’s European heritage and Chinese characteristics. The cabins have been adorned with Chinese paintings of flowers and birds.

Three special canteens have been set up on the ship to offer tailored meals designed to satisfy the Chinese appetite. They include The Butcher’s Cut, a popular American steak house chain based in New York, and a Hong Kong-style restaurant Dim Sum & Teahouse. The Asian star chef Jereme Leung will create a hotpot restaurant named Sea Pavilion to offer distinctive dining choices.

The cruise liner has also been equipped with a high-speed WiFi service to cap the demands of the world’s largest mobile Internet market and translation machines to help Chinese passengers overcome the language gap.

As a highlight, the MSC Splendida has initially launched a WeChat payment service through smart phones for the convenience of Chinese guests. The popular Chinese mobile payment service Alipay has been available on all the MSC fleet for customers to pay for shopping, dining and entertainment onboard.

“The superior respect to Chinese guests is to offer them bespoke services and products which can meet all their requirements,” said Helen Huang, president of MSC China. 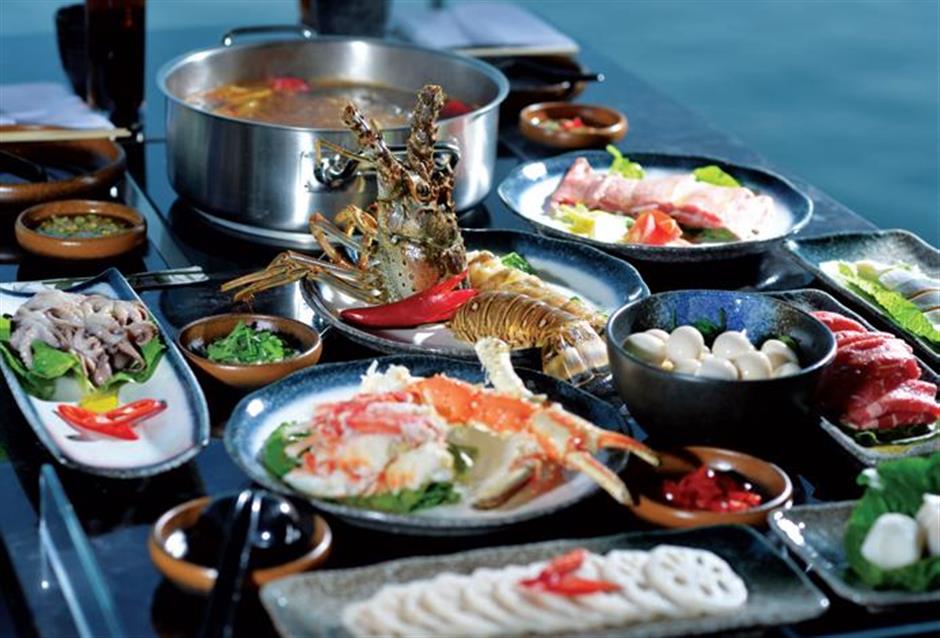 A wide range of seafood and delicacies are offered on the MSC Splendida.

To further cater for Chinese customers, the company will deploy its next-generation flagship cruise liner to the Chinese market in the spring of 2020, the MSC Bellissima. The 172,000-ton landmark vessel is expected to be the biggest cruise liner of all those based on the Chinese home ports.

The Wusongkou terminal has completed an expansion to have two additional docks built along the Yangtze River together with the two new terminal buildings and an approach bridge.

On completion, four large cruise liners will be able to berth at the port simultaneously and the terminal can receive at most 1,000 cruise liners annually.

In the next step, the Baoshan government will further develop the terminal and its cruise liner industry to facilitate the city government’s ambition to promote Shanghai’s four brands: manufacturing, service, shopping and culture.

The Wusongkou terminal will demonstrate the “service” brand, offering a high standard and quality services to cruise liners and companies from around the world.

The district has led to establish a service league with other Asian Pacific cruise liner ports to optimize its home port functions and improve the services. Currently, over 50 cruise liner companies, including Costa Cruise Lines and MSC Cruises, are based in Baoshan.

To highlight the “manufacturing” brand, the Baoshan government has signed a letter of intent with the China State Shipbuilding Corp, the nation’s largest shipbuilder and Italian shipbuilder Fincantieri to develop Shanghai CSSC International Cruise Industrial Park in Baoshan. 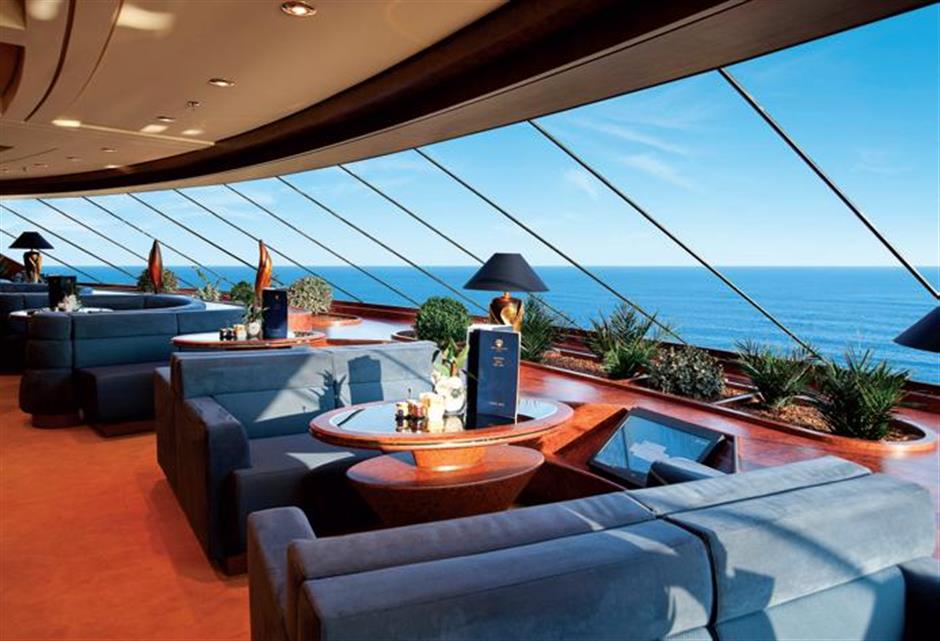 The MSC Splendida has undergone a renovation to avail a better experience for its passengers.

Under the scheme, China’s first domestically development luxury cruise liner is expected to set off on its maiden voyage from Baoshan by 2023, along with a complete industrial chain on the cruise liner manufacturing.

Baoshan has planned a riverside commercial complex covering 250,000 square meters and duty-free stores around the Wusongkou terminal to showcase the city’s “shopping” brand. It will comprise sightseeing offices, a shopping center themed on aerial and marine explorations and a five-star business and leisure hotel.

Thanks to its cruise liner economy, Baoshan’s travel agencies, restaurants and tourism spots have attracted over 13 million visitors in 2017, a 15 percent increase on year, bringing a total revenue of 11.5 billion yuan (US$1.8 billion).