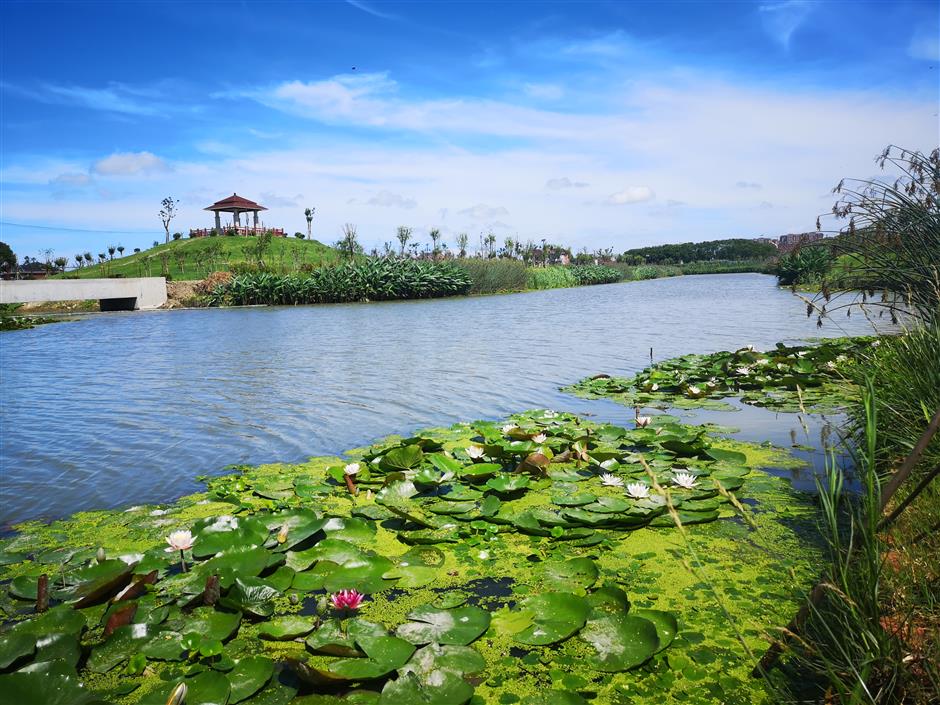 The riverside scenery of Cuigu Village of Zhuanghang Town in Fengxian District which has been listed as one of Shanghai's "beautiful villages" in a national campaign.

Rural villages on the outskirts of the city are taking innovative measures in a national campaign to bring new life and beauty to the countryside, while increasing the incomes and quality of life of their residents.

Under the scheme, each household can receive about 90,000 yuan (US$13,000) per year by renting out their homesteads. The companies and business operators are encouraged to hire the property owners to work for them. About a third of the taxes the companies pay will be given to the villages to improve infrastructure and the environment.

With the help of the national initiative, Fengxian aims to increase the average income of its residents by at least 10 percent by 2020. Over 50 “beautiful villages” will be developed there by then, said Gu Yaoming, deputy director of Fengxian, told a press conference on Wednesday. 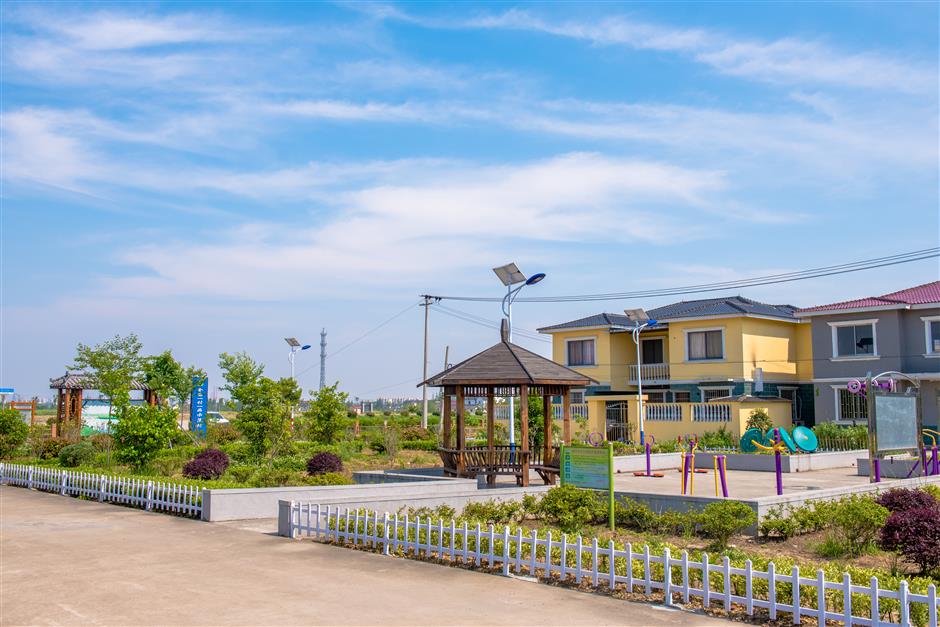 A resident activity center at Cuigu Village of Zhuanghang Town in Fengxian District.

Shanghai launched the “beautiful villages” campaign in 2014 in the wake of a national campaign.

“Beautiful villages” should be prosperous, with a pleasant environment, civilized folk culture, orderly management and a rich social life.

Wang Kaihong, 60, of Liudun Village in Nanqiao Town is radiant with happiness. The village authority helped him rent his house to a company for 10 years at an annual rent of as much as 90,000 yuan.

He previously rented the old house to out-of-towners for only 200 yuan per apartment per month. His family live in a modern residential high-rise in the town.

“Most of the companies were attracted to the village by its idyllic environment and fresh air,” said Xue Bin, the head of Liudun’s neighboring Yimin Village.

The village committee has leased its own three-story building to Hongzheng New Energy Technology Co for 15 years, to serve as its regional headquarters and R&D center. The annual rent is 1 million yuan, plus at least 2 million yuan in taxes to the village, Xue said.

Xue and his colleagues now work out of a row of single-story buildings nearby.

Feng Anhua, general manager of Hongzheng said the village’s large paddy field is good for the company’s environmental credentials. The site is also only a 10-minute drive from the home of one of Hongzhen’s partners at Jiao Tong University campus in Minhang. Work is ongoing to cover the former committee building with solar panels and windmills to make it into a green building. 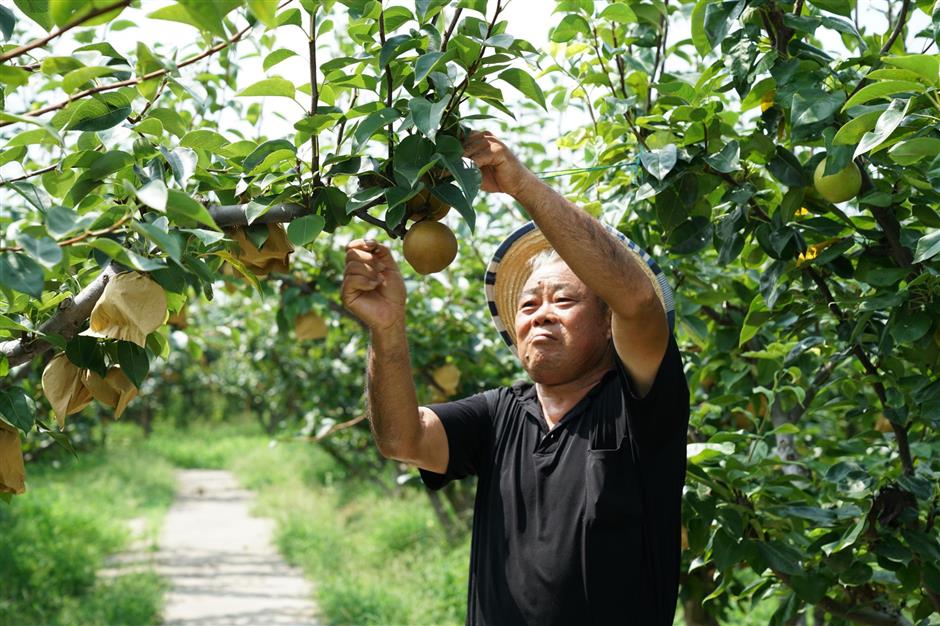 A villager takes care of a pear tree in Zhuanghang Town, which is famous for its honey pears. Villagers are encouraged to convert their homesteads into minsu or tourism attractions where visitors can experience the rural lifestyle.

A comedy workshop named after Weng Shuangjie (1928-2014), a renowned local comedian, will be based in a nearby house, along with a minsu and senior care center.

The district government is also developing an “agricultural art park.”

The park, which is under construction, will cover 48 square-kilometers in Zhuanghang Town, a major rice producing area.

The park will include about 150 farm and garden complexes. Visitors can lease plots of land in the park, which they can cultivate themselves, or invite local farmers to grow produce on their behalf. Companies, particularly those in cosmetics or the health business, are encouraged to set up shop there. So far, over 20 companies have shown interest. The first batch includes an outlet shopping center and an exhibition hall.

The park will include museums, hotels, sports facilities and public kitchens for people to cook fresh produce. It will also offer accommodation to tourists said deputy district director Gu.

Some of the rural area’s heritage has been retained, including a former cement plant, a City God Temple and a dozen bridges.