Islanders are saying 'goodbye' to the stink and 'hello' to prosperity 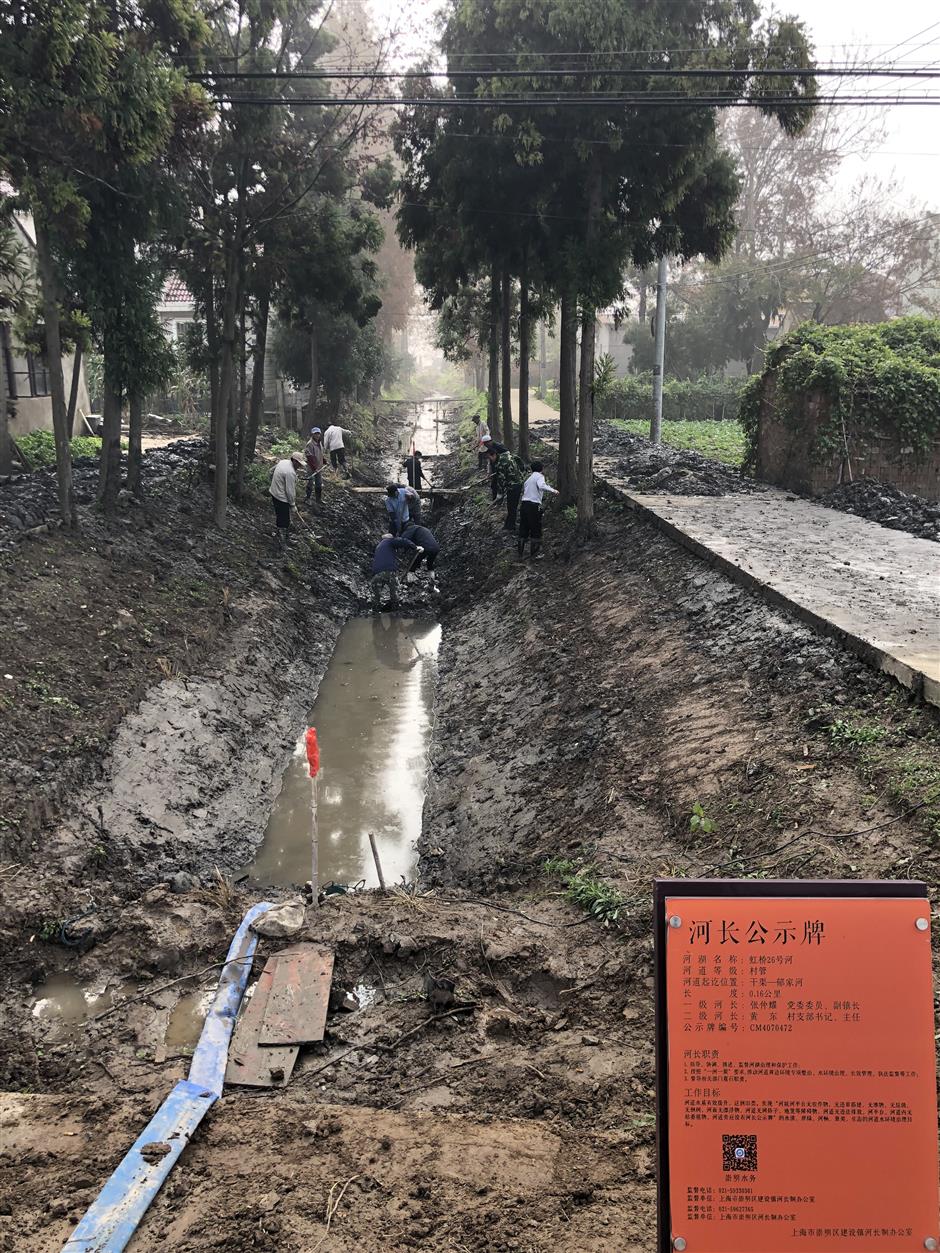 Zhang and his fellows clear out the sludge at the riverbed of Hongqiao 26th River in Hongqiao Village on Chongming Island.

Foul, stinking, black water still flows in Chongming District, but it should all be gone by the end of the year. And, by the end of next year, all heavily polluted watercourses on the island will have been improved.

Of 1,595 waterways marked as black and malodorous in the district, 1,537 have been treated. This does not mean that putrid streams of filth have become pristine babbling brooks of crystal-clear waters, but it does mean that things are getting better.

The battle in Chongming is not easy, home as it is to almost one-third of the city’s waterways.

On Wednesday, Shanghai’s Communist Party chief Li Qiang inspected rivers in Minhang and Changning districts. Li, supreme river chief of the city, said that water pollution affected everyone and all residents had to accept responsibility for keeping rivers and streams clean.

This common responsibility Li spoke of was key to the innovative solution the Chongming government came up with.

Many of Chongming’s waterways flow through farmland where there is no space for the huge machines usually used for dredging watercourses.

The national river chief campaign appoints officials to oversee waterways within their jurisdiction. A logical progression is for ordinary people to take responsibility for the water which affects their daily lives.

In Jianshe, each villager is to be river chief of the water that flows through or past their property. Clearing the sludge which causes the putrid stink that bedevils their lives, are 18 villagers who live beside the 155-meter canal. They dammed the channel on Wednesday hope to have cleared out all the sludge by Sunday.

“The source of pollution is all too often the villagers themselves,” said Zhu Jianjun, the village’s Communist Party secretary.

In the 1990s, when villagers got mains water, the stream was no longer important to them. It quickly became an open sewer and aquatic junkyard.

The village has become a popular weekend destination and minsu (B&Bs) have sprung up. Zhang Hanpei, one of those cleaning the river, owns a minsu and was among the first to see that a cleaner river meant a better future for his family.

When this creek is cleaned, another two in the village are waiting to be dealt with.

Jianshe government is providing flowers and grass seed for the banks of the ditch.

“One campaign will not clear up the water for good,” Zhu said, “but villagers now see the value in keeping it clean.”

An eco-procurator system, involving four officers from the local procuratorate, supervises the work of official river chiefs in Chongming, the first district to set up such a mechanism.

“We issue advice and remind the river chiefs of their responsibilities,” said Lin. “If they do not act on our advice, we can press charges. Happily, so far, this has not been necessary.” 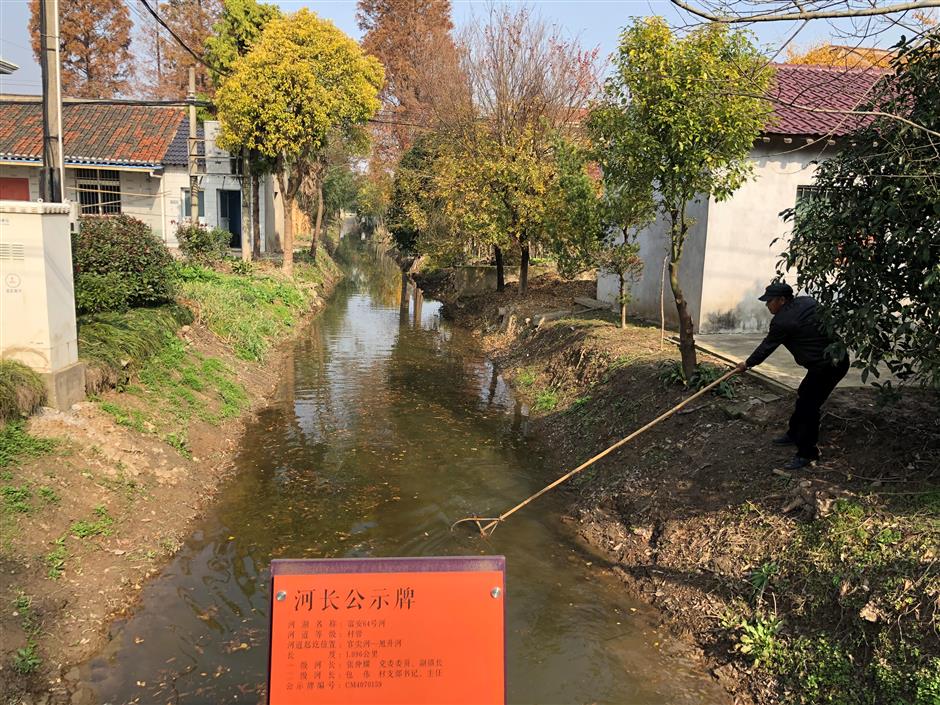 A farmer fishes out the fallen leaves from Fu'an 64th River in Hongqiao Village on Chongming Island.