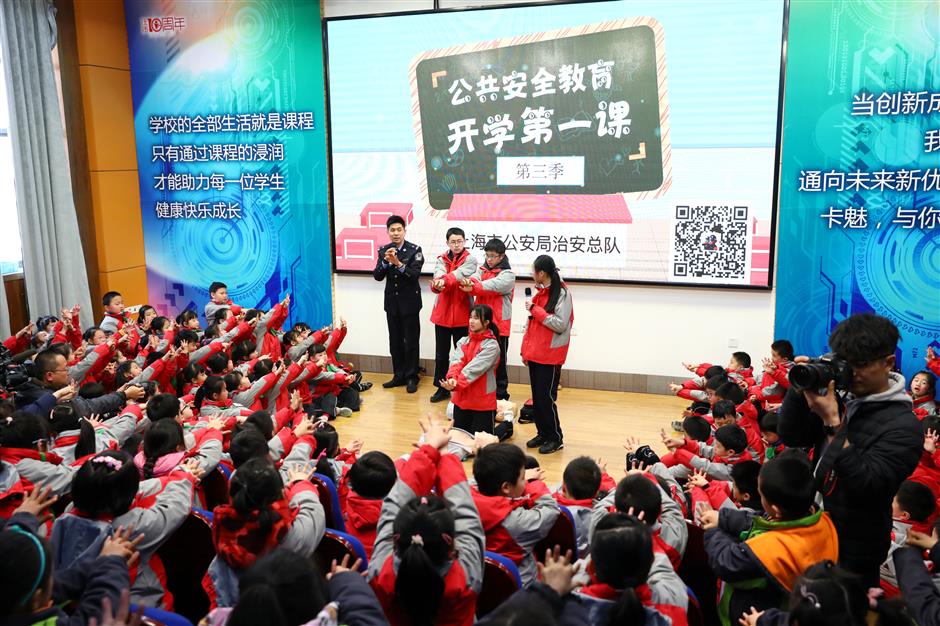 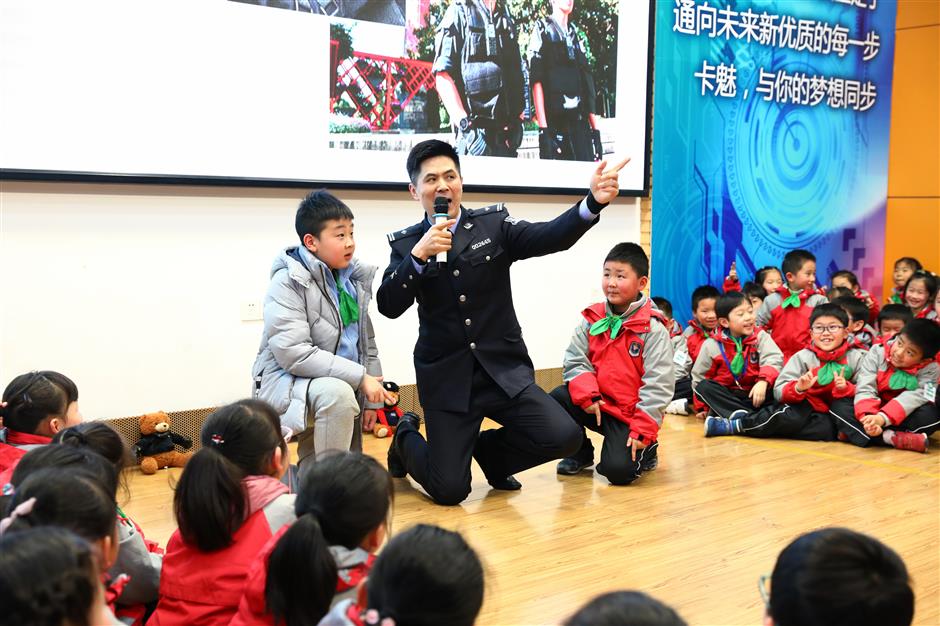 One of the first classes for students in the city at the beginning of every semester have been dedicated to public security education from police.

One such class was held at Shanghai Hongkou Experimental School on Thursday for first and second-graders from three schools.

Huang Yi, a police officer who is popular among Shanghai residents through public security education programs on TV, gave a fun-filled interactive lecture to the students. The students were taught how to report an emergency to police, what to do when they are in an elevator with bad people, and other knowledge to keep themselves safe.

“It’s important that we police tell the students face to face because this way, especially with younger ones, they will be more interested in learning it,” Huang said. “Our goal is to get them familiar with safety signs and facilities in public places and aware of safety hazards.”

Huang said the best practices, such as interactive lectures, animation films and stage dramas, have been shared among 5,000 community police officers from 300 police stations around the city.

“We’re bringing the police closer and closer to the students, and that’s the first step to build up trust towards the police and our safety instructions,” he said.

Yuan Ronglin, the father of a second-grader, attended the lecture with a few other parents. He said it was educative for him too because he didn't know, for example, that now there are some spots in public places in Shanghai, such as shopping malls, where one can press a button to report an emergency to the police.

“I didn’t pay much attention to educating my kid in public security and always thought that the job is only left to the school,” Yuan said. “But now I think it’s important that we parents also get involved.”