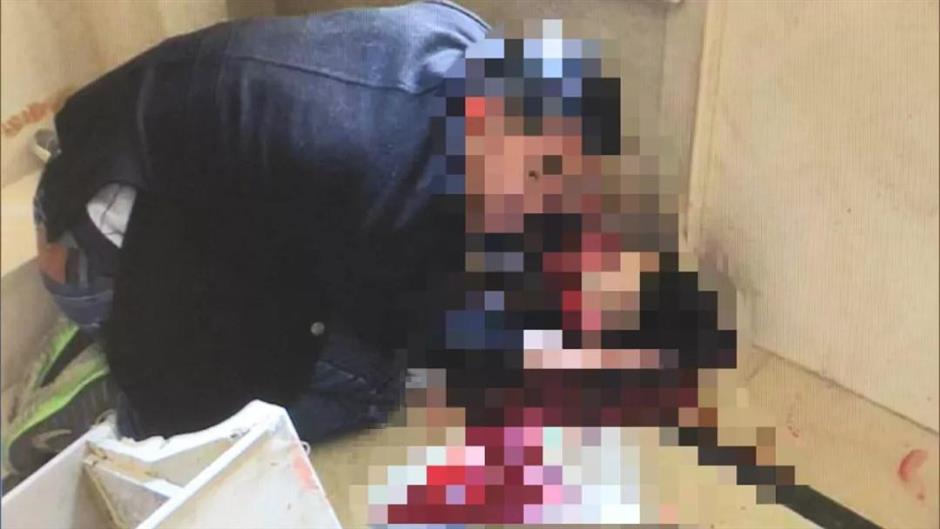 The boy's father on the scene of the incident, with the boy lying on the ground 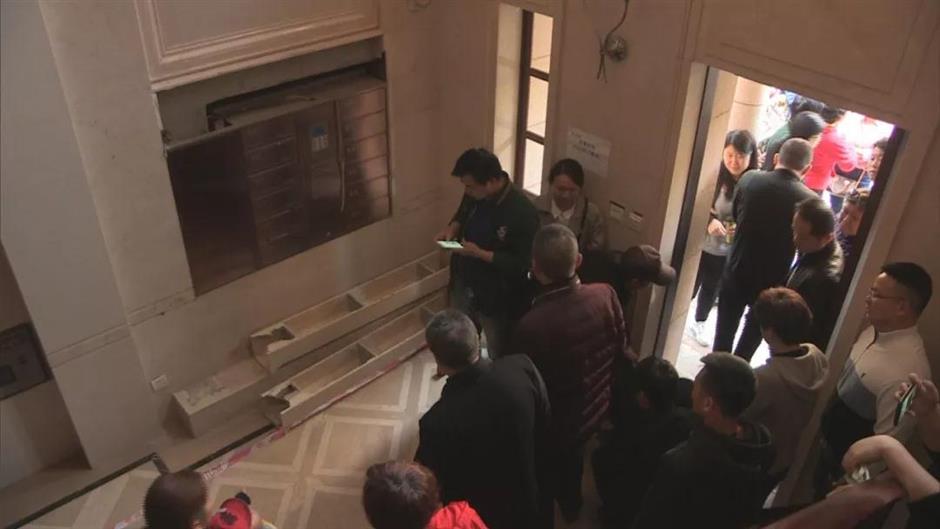 The fallen stone that killed the boy

An 8-year-old boy was killed by a large piece of fallen stone inside a building at a residential complex in Baoshan District on Friday.

The incident took place in an Art Wonderland complex of the real estate developer Gemdale on Shitai Road around noon.

The boy was playing with a few other kids on the first floor of a building when an entire piece of decorative stone over the mailboxes fell on him.

The boy was rushed by his parents to the hospital immediately where doctors confirmed his death.

It was not clear how the stone broke and fell on the boy, Shanghai TV reported.

Baoshan police told Shanghai Daily on Saturday that the incident was an "accident," and that it's now left to the boy's family and the property management firm handling the residential complex to settle compensation issues.

The boy's mother told Shanghai TV that she saw her son bleeding heavily while lying on the ground on his back, and that the stone probably fell on the boy's head and chest first.

She said the surveillance camera didn't show the boy grabbing the stone before it fell, and other children on the scene couldn't explain what had happened.

Shanghai TV reported that the stone fell from a height of about 2 meters and that it seemed to have been glued to the wall with silica gel.

The property management firm said they are still investigating the cause of the accident.