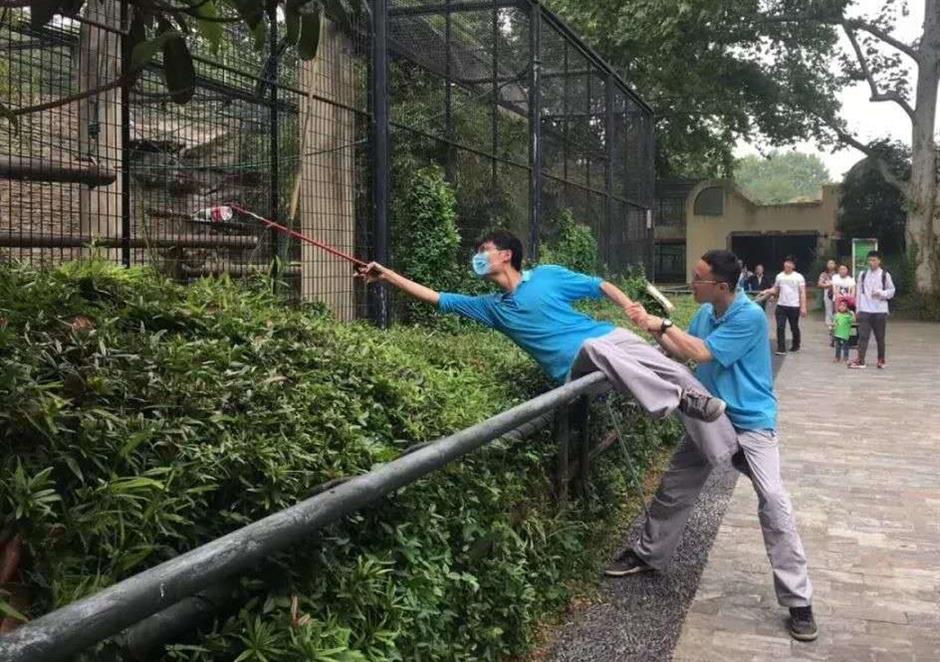 A worker tries to retrieve a plastic water bottle before it does damage to the animals in the cage. 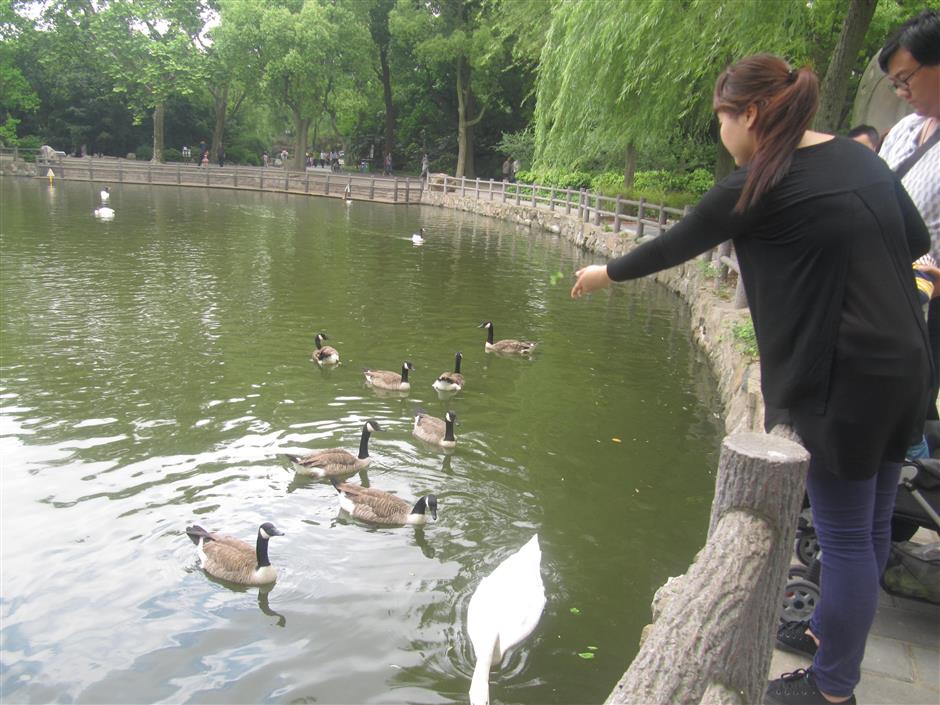 A visitor feeds a swan and wild geese at the local zoo.

Shanghai Zoo is urging visitors to stop feeding the animals, saying that swans, wild geese, bears and tortoises are suffering health problems as a result.

The number of visitor has been rising this spring, along with an increase in the number of animals with intestinal obstruction and digestion problems, the zoo said.

The zoo is taking measures including enhanced patrols, more signs and more leaflets. It is also organizing activities to drive home the message that unnecessary feeding is not welcome.

"They eat leaves, seeds, sprouts and stems, and sometimes molluscs and aquatic insects," he added. "Bread and biscuits are high-calorie carbohydrates, which will lead to indigestion in birds." 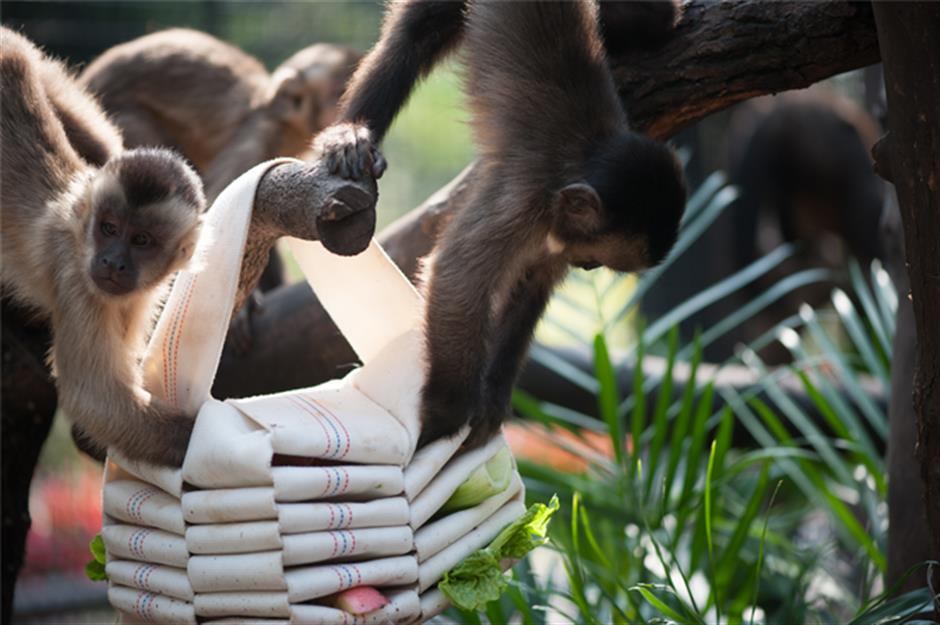 Monkeys at the Shanghai zoo are undergoing training to reduce their food-begging behavior. 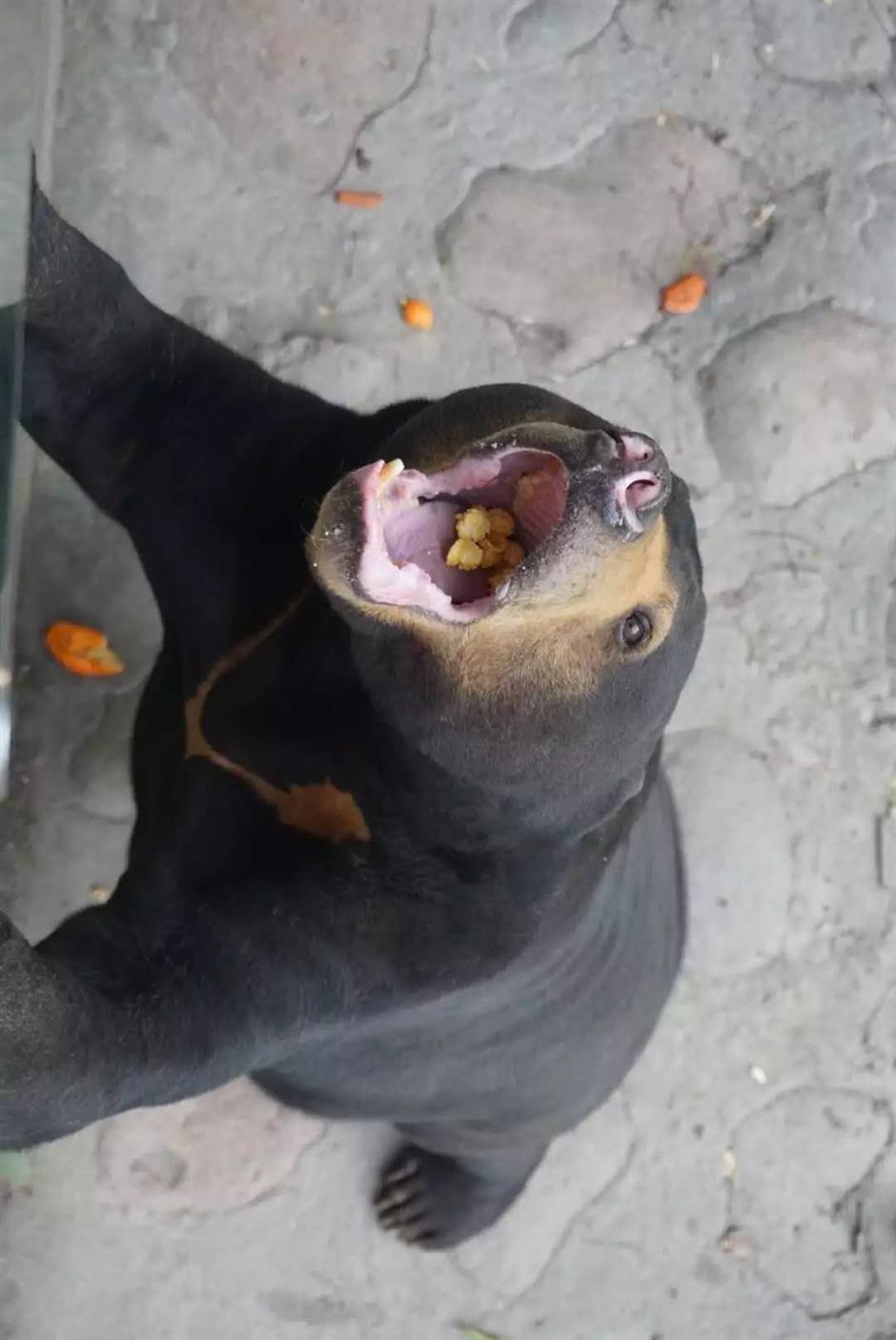 A bears eats popcorn thrown into its enclosure by visitors.

Geng Guangyao, another keeper, said: "Herbivorous animals never resist any food, and they even eat plastic bags, which seriously damages their health. Being unable to discharge these items, they suffer from intestinal obstruction as a result."

Yang Huiqiang, a keeper at the bear enclosure, said: "Feeding will trigger food begging of animals, which in turn leads to more feeding as a result, causing a vicious circle."

Keeper Li Qing said that compared with animals in open areas, amphibians and reptiles face less threat from feeding, but a sulcata tortoise at the zoo suffered damage to its digestive system after eating the plastic label from a water bottle dumped by a visitor.

Plastic paper and plastic pieces were found in its excrement after animal keepers fed the tortoise grass to stimulate its digestive system. 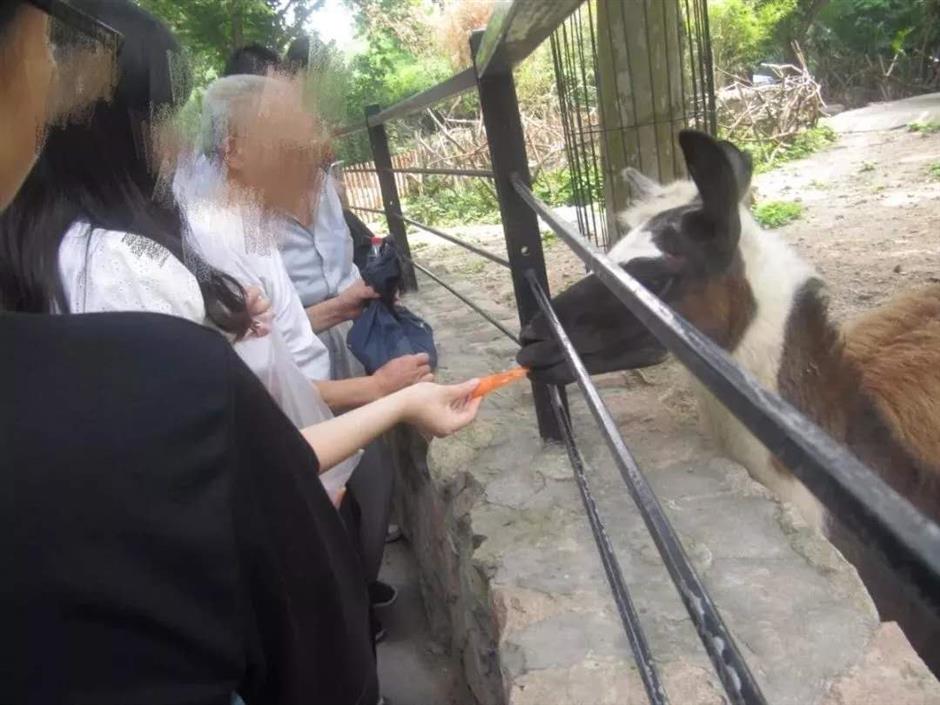 A visitor feeds an alpaca despite warnings from staff that animals are being harmed. 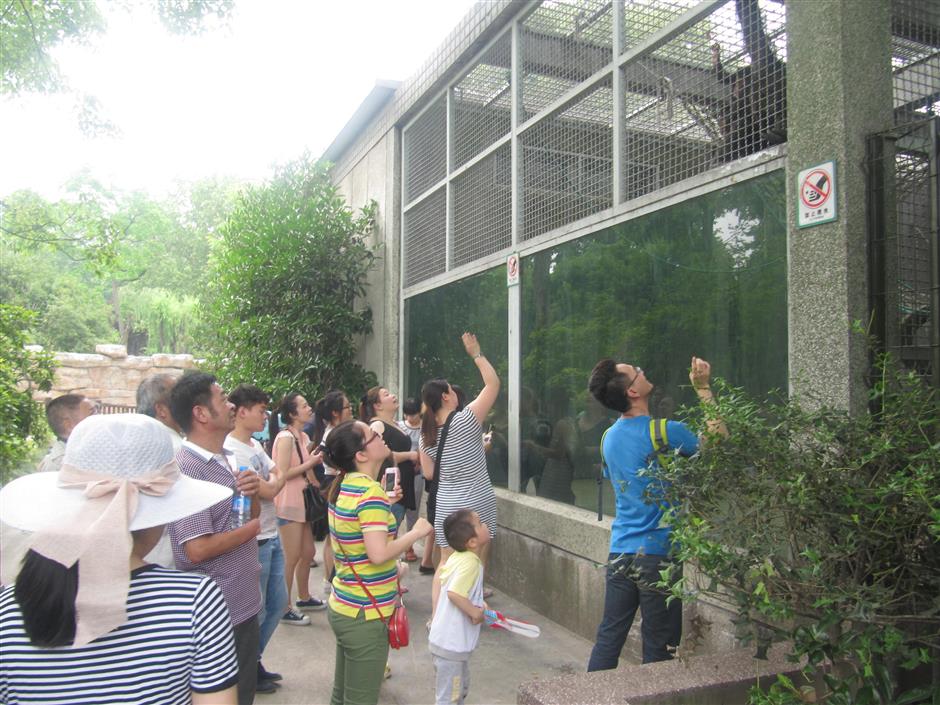 Visitors offer food to attract animals at the zoo.

"Feeding from tourists will lead to nutritional imbalance in the animals, who will not eat food from animal keepers after taking tourists' food, thus affecting their healthy growth and reproduction," said Zhu Yingdi, another keeper at the zoo.

"Obesity and diabetes are some other health problems as most foods from tourists contain high amounts of sugar or starch," she said. "Animals may also suffer from diseases such as diarrhea, colds or hepatitis.

"Ingesting plastic bags will lead to the death of animals in serious cases, and animals will fight for food, which also causes injuries," she added. 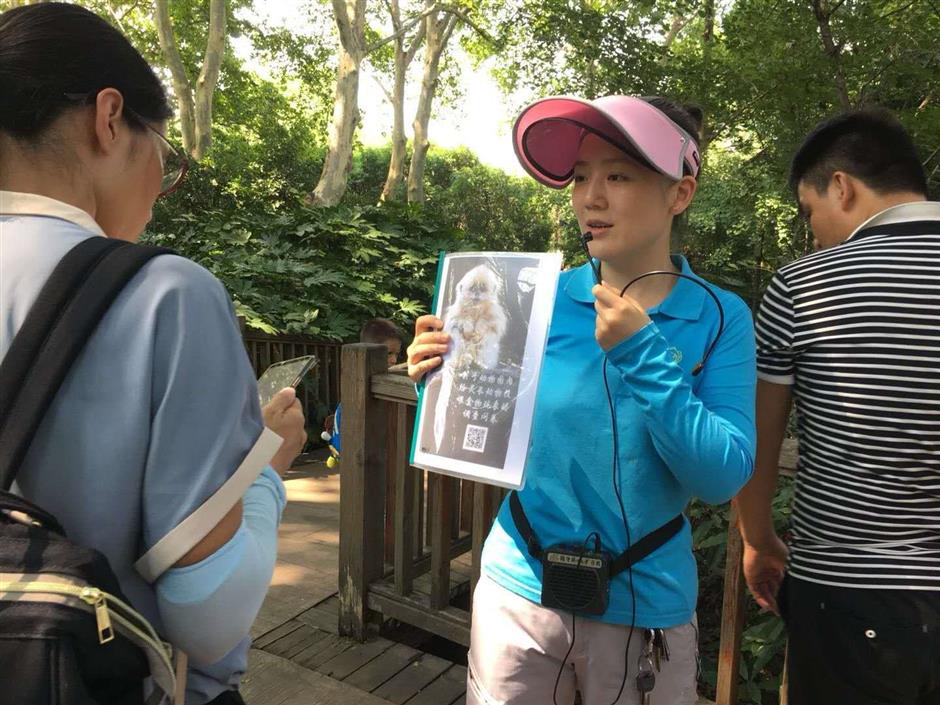