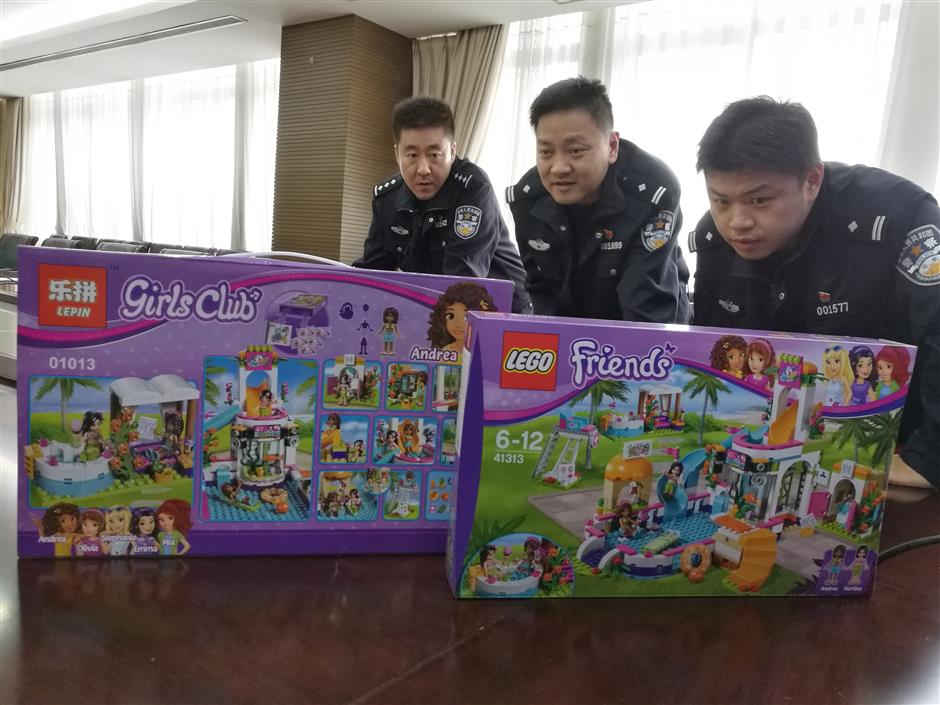 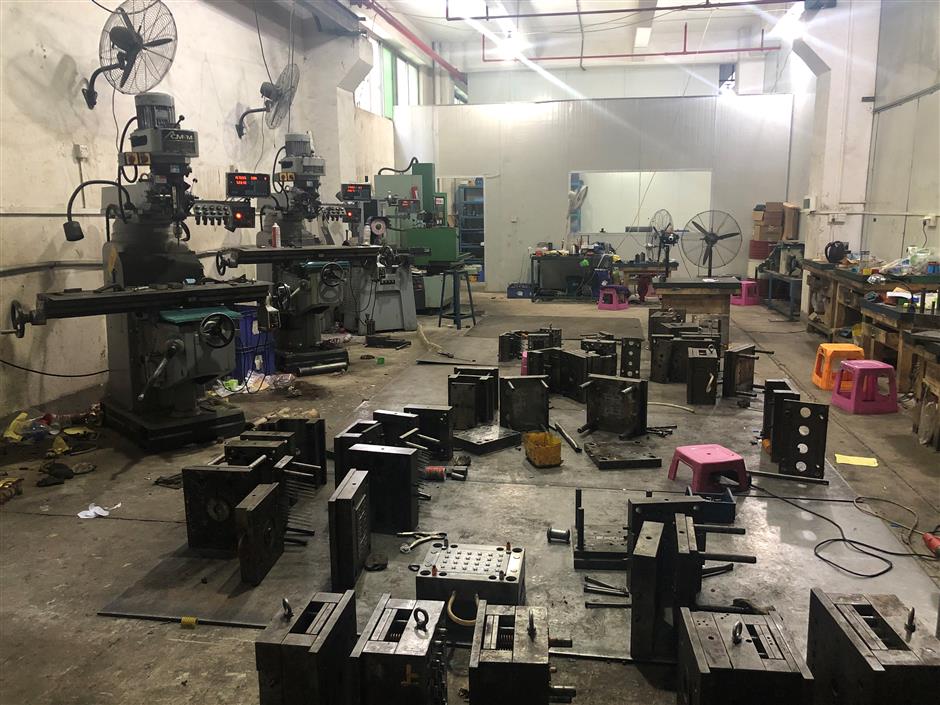 A workshop where Lepin toys were produced in Guangdong Province 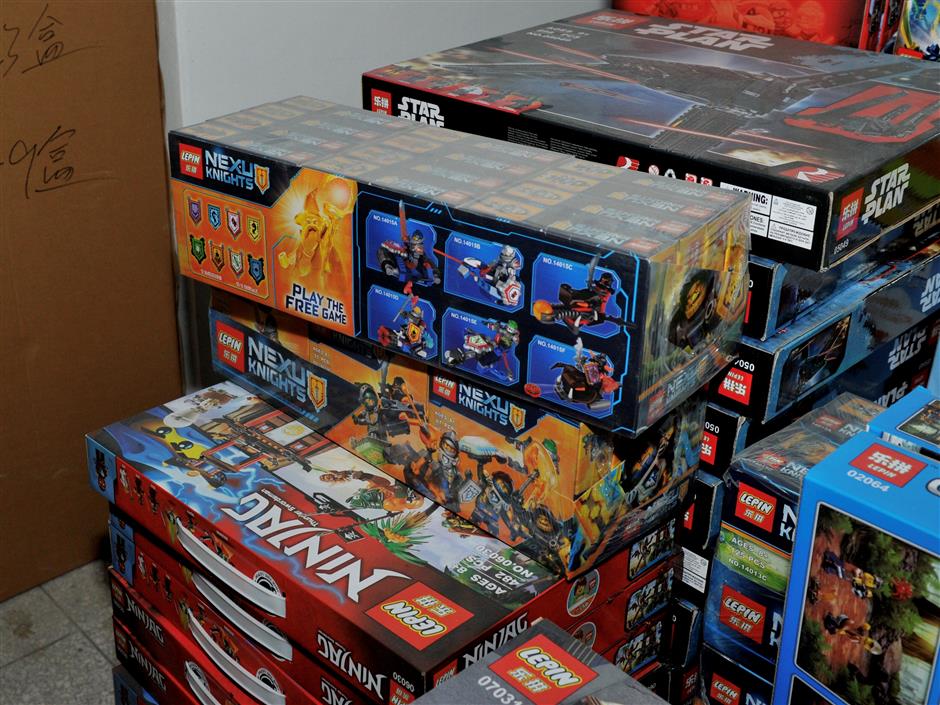 Under the brand name “Lepin”, the gang has made hundreds of millions yuan in the past three years, according to a police estimate.

In the middle of 2015, the suspects, based in Guangdong Province, started to purchase first-release LEGO toys overseas and copy the designs.

The copycat toys were sold to wholesalers all over the country and overseas via the Internet, police said.

Police raided premises in Shandou and Shenzhen on April 23. From three factories, employing about 3,000 workers, officers seized about 650,000 toys ready to be sold. Their authentic counterparts would be worth over 200 million yuan (US$30 million).

Zhong Shikai, the officer in charge of the case, said the copycat products were sold for less than a fifth of the price of the real thing.

“The machines used were also far inferior than those used to produce LEGO,” he said.

Shanghai Daily noticed that some of the copycat products either had no indication of the age range of children the toys were meant for or significantly lower age recommendations.

“We believe that the copycat products would have had a significant impact on our business and a lot of other companies in China,” she said. “We really don’t like to see these products on the shelves because we’re concerned about the safety of our own products.”

The suspects ran a website which sold their products to buyers in Russia and Germany. Producing fake products in China and selling them overseas is a new trend in IPR.

“In some cases the websites are only accessible overseas,” he said.

The police have been working with international e-commerce platforms in China to track such crimes.

Other trends in IPR crime include a shift from established e-commerce websites to mobile platforms such as WeChat and douyin.com, and more professionals are selling confidential business information.

Shanghai police said they handled over 800 IPR cases in 2018, with over 1,600 suspects apprehended and fake products seized with authentic counterparts worth over 2.5 billion yuan.