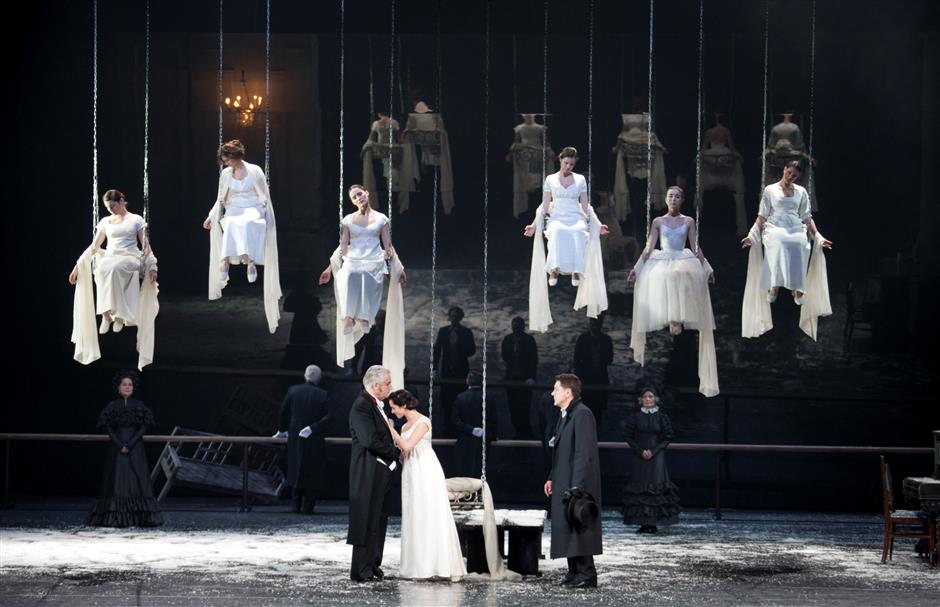 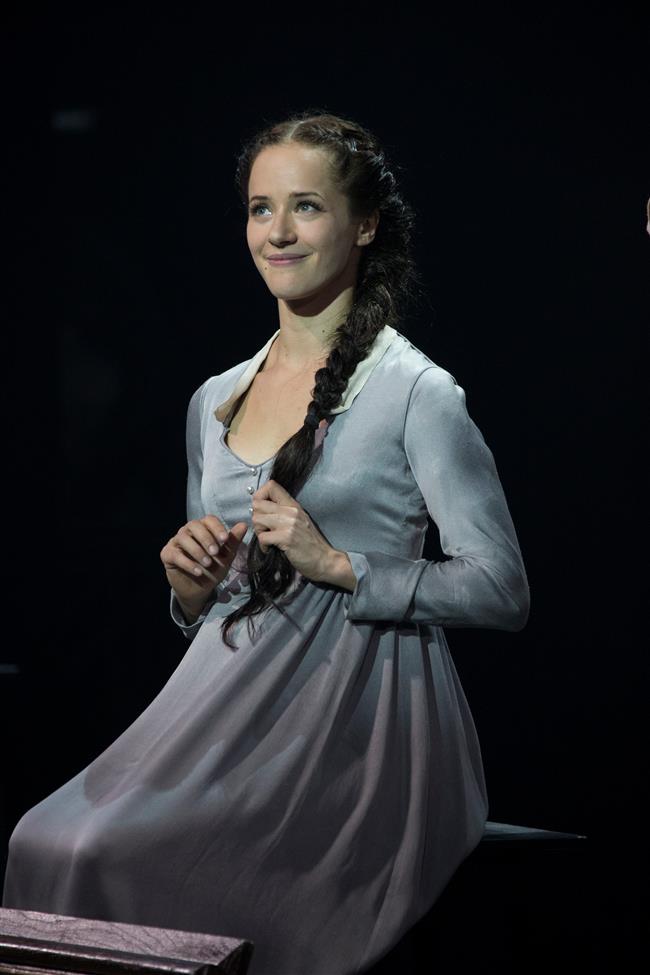 “Eugene Onegin,” a novel in verse written by Alexander Pushkin, will be staged at SAIC Shanghai Culture Square from May 9 to 12.

Produced by the Vakhtangov Theater, one of the most prominent troupes in Russia, the play features selected chapters of the novel and mainly concerns Tatyana Larina’s love for Onegin.

Tatyana is a quiet country girl who falls in love with Onegin, an arrogant dandy from St Petersburg. Later, he unwillingly kills his best friend Vladimir Lensky, a young poet, in a duel. Leaving the country, Onegin travels abroad.

Years later, he returns to the place and finds Tatyana married to a prince. It is too late for him to realize his love for her. Tatyana admits that she still loves Onegin but flatly rejects him as she is determined to remain faithful to her husband.

Directed by Rimas Tuminas, artistic director of the Vakhtangov Theater, the engaging play, more than the mere adaptation of novel, injects new life into the classic of Russian literature.

The performance unfolds in the memory and imagination of the characters. In the show, two Onegins stand on the stage, one mature and another younger, and so do two Lenskys.

According to Tuminas, the mature Onegin is around 30 years older than the one Pushkin portrayed in his book. He recalls the past, reflects on himself, and then realizes how selfish and arrogant he was in his early days.

"I want to use traditional ways rather than modern technology to present the show. Ballet, for example, is featured in the theater because the art has a long history in Russia, just like kung fu in China," said Tuminas. "In my opinion, the main role of Pushkin's work is Tatyana rather than Onegin."

There is a new role in the show — a retired hussar, which can’t be found in the original work but is a figure from the age when young Pushkin lived. The character is granted the author’s voice and the right to intervene in the action.

“I wished to break the stereotypes,” said Tuminas. “While making the performance ‘Eugene Onegin,’ I was searching for a symphony of meanings and trying to approach the emotional and musical harmony of the novel. At the same time, it was extremely important to avoid exaggerated sensibility.”

"Yevgeny Vakhtangov, founder of our theater, once said that 'no drama, no festival.' This time, we bring an art gala to local audiences. Welcome to the festival," said Kirill Krok, manager of the Vakhtangov Theater.