The guideline by the Shanghai Greenery and Public Sanitation Bureau defines the official waste types of different trash.

The guideline is currently only in Chinese with an English version to come.

Information about categories of trash are available on several platforms such as the city government's public WeChat accounts (shanghaifabu). More than 2.05 million searches have been made since its half-year operation.

The most searched item was plastic bags, at 47,000, which should be disposed of as dry trash, according to the bureau.

From July 1, when Shanghai’s first domestic garbage management regulations take effect, individuals can be fined up to 200 yuan (US$29.4) for failure to sort garbage. 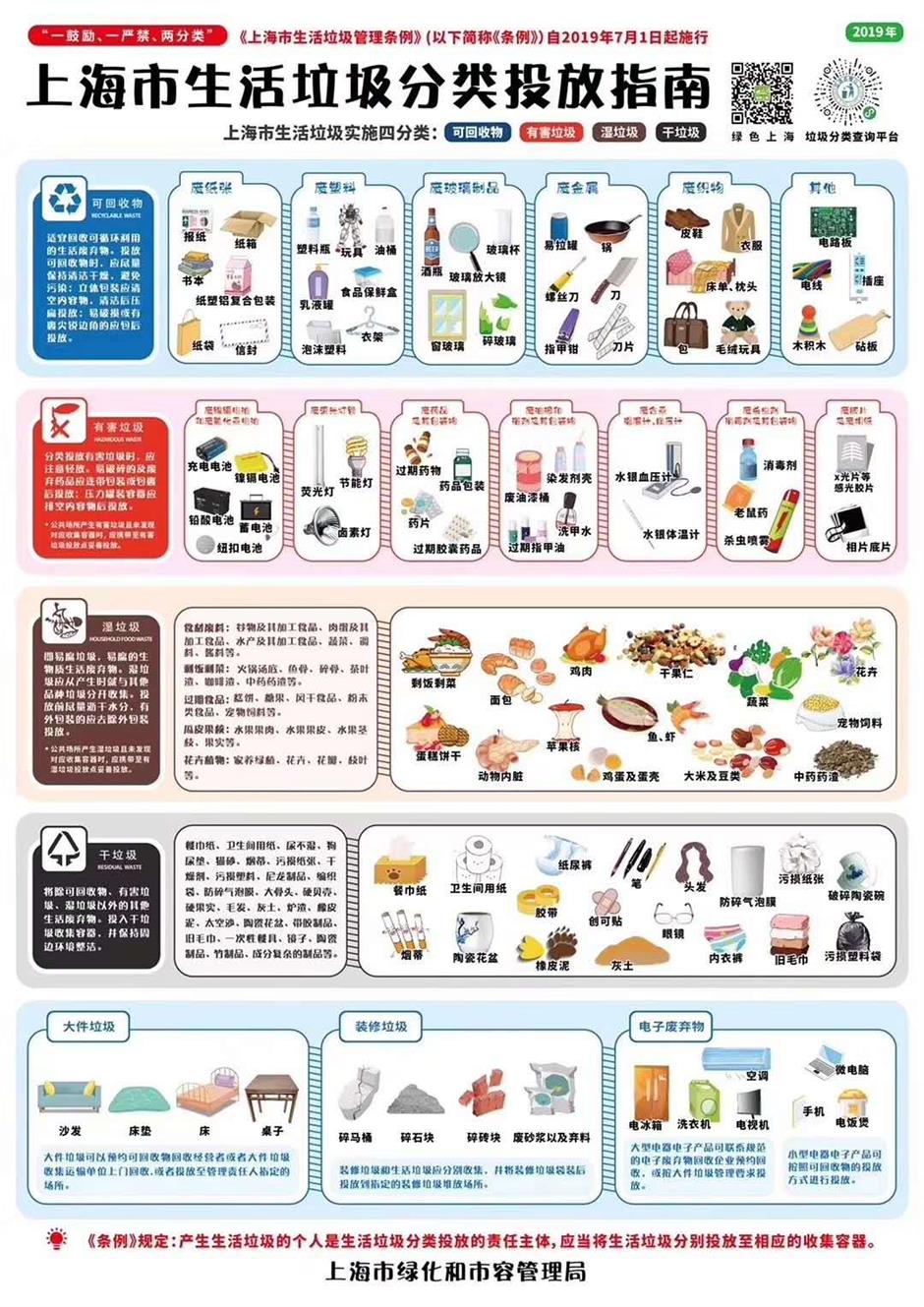