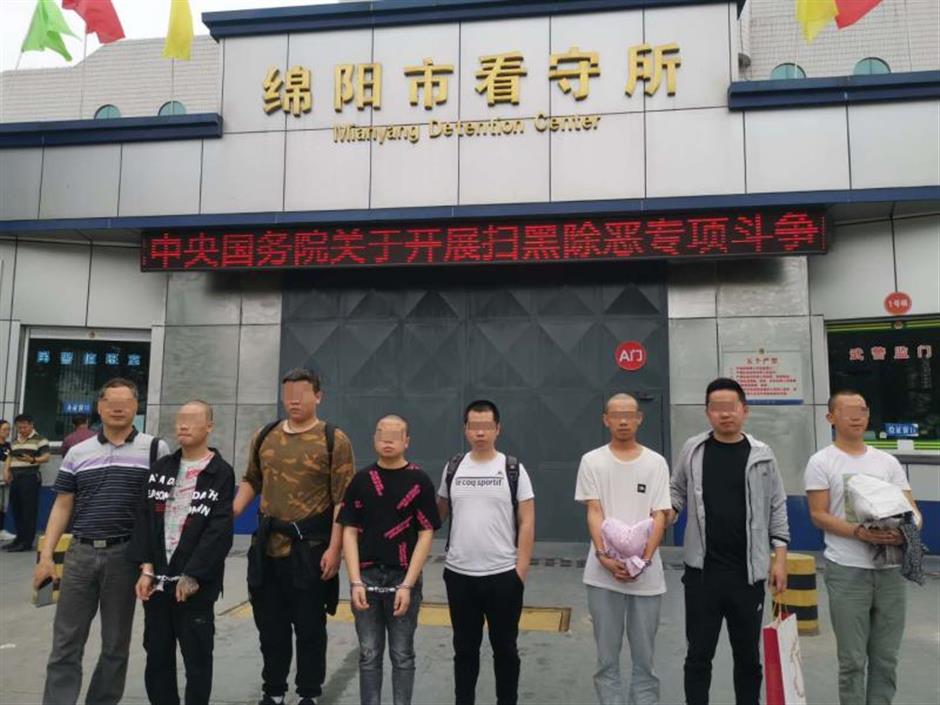 Suspects are from Mianyang city in Sichuan Province.

The suspects allegedly created fake public accounts on WeChat of loan services whose apps were undergoing maintenance and defrauded people who had to pay back their loans.

Maintenance usually takes half day or one day, which renders normal service unavailable to the apps' subscribers, police say.

Police in Songjiang District started an investigation in February this year when a woman named Xu said she searched for the WeChat account of a loan service she used and found one with the same name stating that their app was temporarily unavailable.

Xu left a message and got a reply with a QR code which, she was told, could be used to repay her loan. She scanned the code and transferred 2,500 yuan, but the next day when the app was available again, she found that her loan had not been settled. No replies were forthcoming from the WeChat account.

The suspects said they had created many bogus WeChat accounts of loan service apps.