The Minhang kitchen waste processing center was put into use in 2017. Up until now, it has already processed nearly 100,000 tons of garbage, and its daily capacity is around 200 tons.

The core technology during the process is corrosive acid fertilizer production, which is a kind of rapid fermentation, and some microbial flora will be added to accelerate the decomposition of waste. 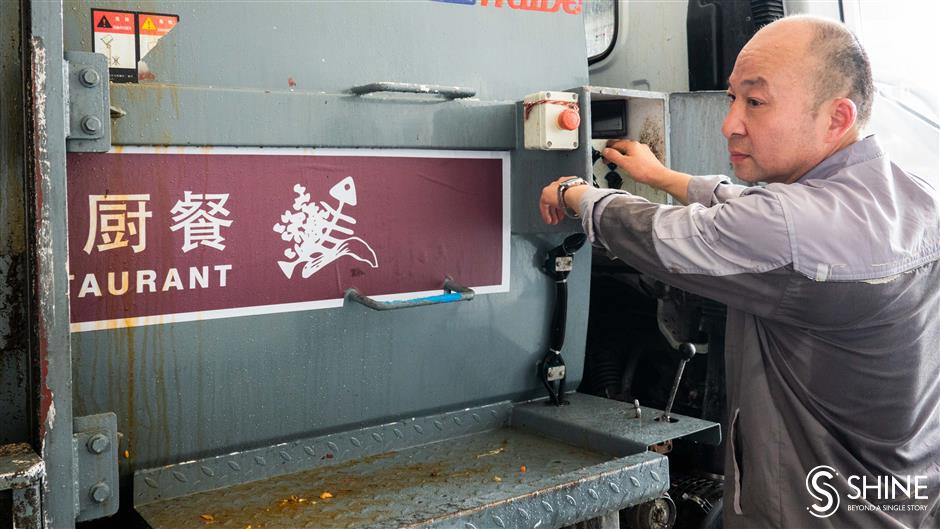 A worker operates a machine dealing with kitchen waste.

“In the past, there were many other kinds of garbage mixed in with kitchen waste, such as pots, pans, and sometimes even clothes and shoes,” said Lu Changhong, the factory manager. “But after the garbage classification rules were carried out, the amount of other waste has been reduced, and this really helps our work.”

Now, the center processes 220 to 240 tons of garbage every day, which overruns the upper limit and brings some pressure.

In the future the center will be expanded so that it can deal with all the kitchen waste in Minhang District, and also have some space left for garbage from Changning and Xuhui. 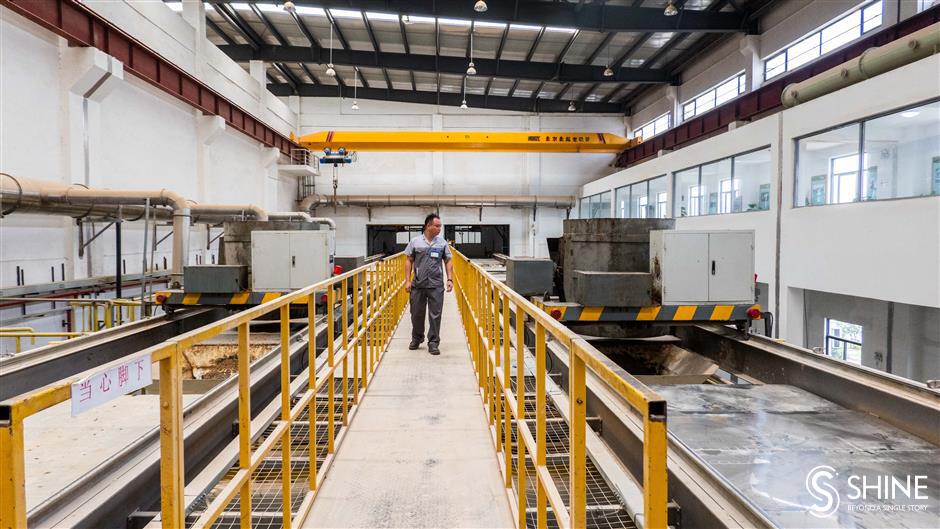 A worker at the Minhang kitchen waste processing center.