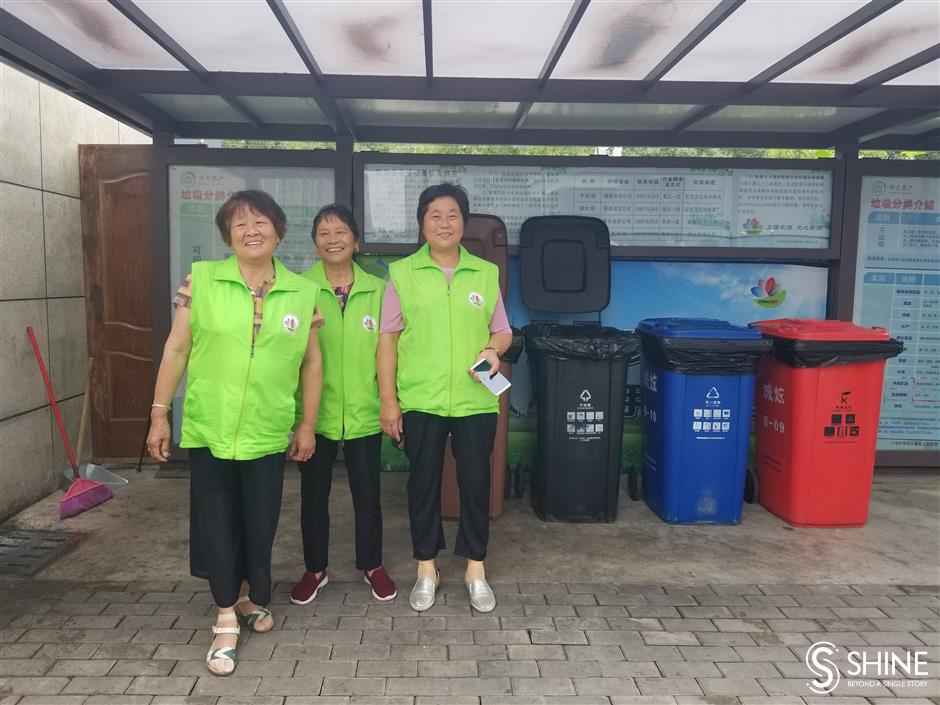 Residential communities across Shanghai have come up with various clever ways to sort their garbage.

Kangpu Jingting residential complex in Qingpu District is confronted with problems of many older residents and large population of immigrant.

To get seniors involved, the "We are a big family" choir was organized and recreational activities held to improve their sense of community integration and belonging.

In terms of large immigrant population, a landlord responsibility system for garbage sorting has been established.

Landlords must supervise the sorting job of tenants and volunteers also give help. Landlords are warned if their tenants don't sort their waste.

Chen Yinjuan, a 68-year-old volunteer and resident, said "Actually my family didn't support my work at the beginning because it's dirty and hard. But later, they were relieved to see that I was responsible for household garbage every day and have something to do.”

"To help residents, new paths have been built leading to the dumping spots directly," said Chen Chunhua, manager of Chenshuo property. "Residents can see our efforts, so they are willing to cooperate." 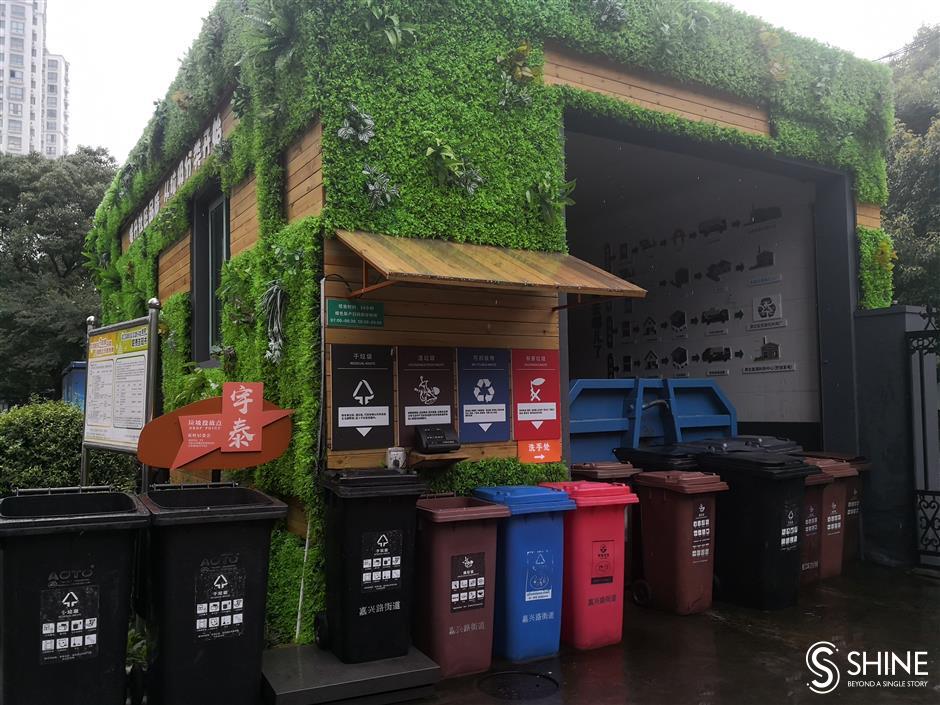 The Yutai Jingyuan residential complex in Hongkou District which has its own smart idea to motivate residents.

The community is small and densely populated.

To raise their awareness, the neighborhood committee distributed a guidebook on waste sorting made by residents and a fridge magnet with garbage-sorting search QR code. 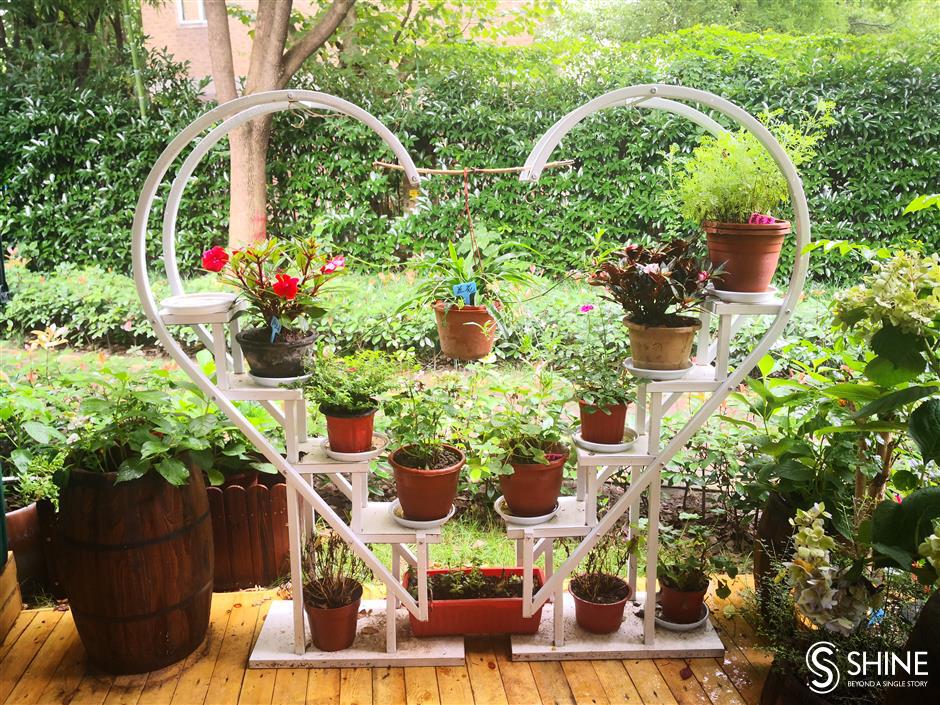 Wet garbage is turned into fertilizer for plants at Yutai Jingyuan residential complex.

In addition, wet garbage is turned into fertilizer and applied to two gardens inside the complex.

"We teach residents how to make wet trash into compost and they are also able to receive free fertilizer from us," said Wang Jinghua, Party secretary of the Hongye residential community where the complex is located.

"The practice not only cuts the amount of wet garbage, but also spurs residents' interest and enthusiasm," said Wang.

More than 2,000 liters of wet trash have been turned into compost so far and over 5 percent of wet waste from the community..

"It takes time to keep different types of trash in mind, but when you form the habit, it is no longer a tough job," said a resident surnamed Chen. "Our residential complex is getting more beautiful and the compost is good fertilizer."

The residential complex uses a "designated spot, designated time" disposal system, but there is still a 24-hour dumping spot for the convenience of office workers. 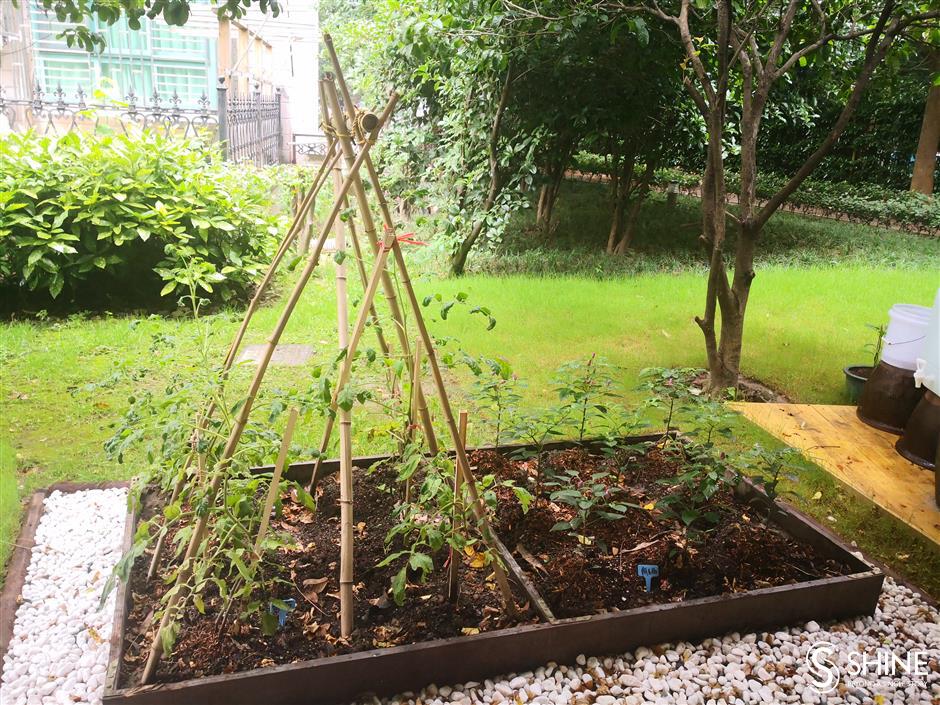 About 190 tons of wet trash were sorted out across the district daily on average in late June, and the figure grew to an average of 230 tons daily between July 1 and 10, according to Hu.

The buildings here were built in 1990s. Each building has a garbage chute where residents can directly throw garbage into the garbage truck downstair.

This method not only creates environmental problems, but is also a fire hazard. 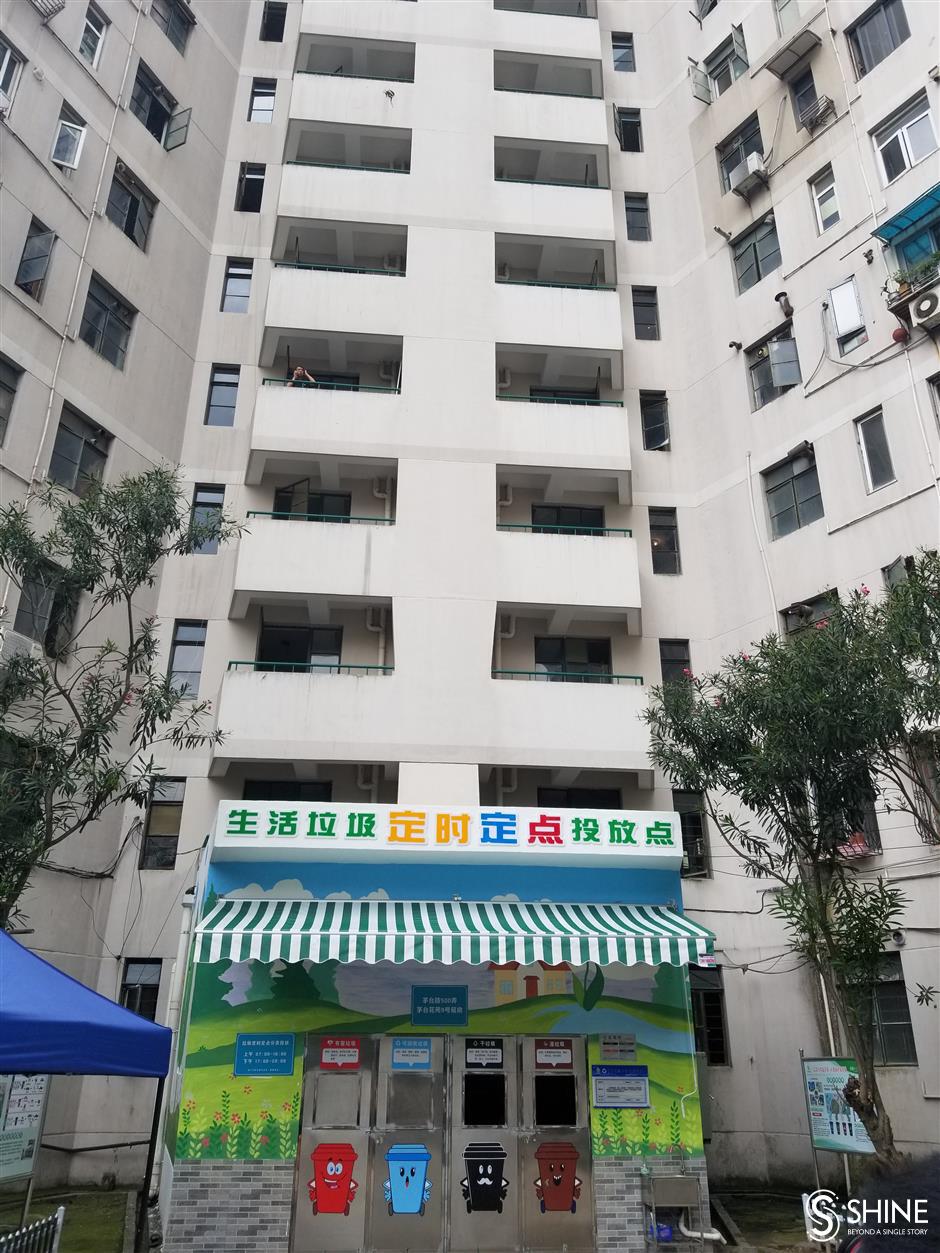 At Maotai Garden residential complex in Changning District, residents used to directly throw garbage from each floor into a duct.

The garbage-sorting regulations provide a chance to tackle the problem, and 16 ducts have been sealed.

"It is difficult to change the habits of decades, but we were persuaded finally as we realized that pests and mice were the biggest concerns," said resident Zhang Youdi.

"After garbage sorting, I think our subdistrict environment is much cleaner and garbage disposal has strengthened our neighborhood relationship as well," said Shen Meirong, another resident in the resident complex.

At the Tianlin No.12 residential complex in Xuhui District, lectures on garbage sorting were conducted, and children were educated on trash sorting to promote the idea among their parents.

Washbasins were installed alongside dumping spots, and surveillance cameras were in place to supervise the sorting results of residents.

The total amount of wet trash sorted daily is displayed via electronic screens, and residents can use access card to open the doors of different trash bins after swiping for their convenience. 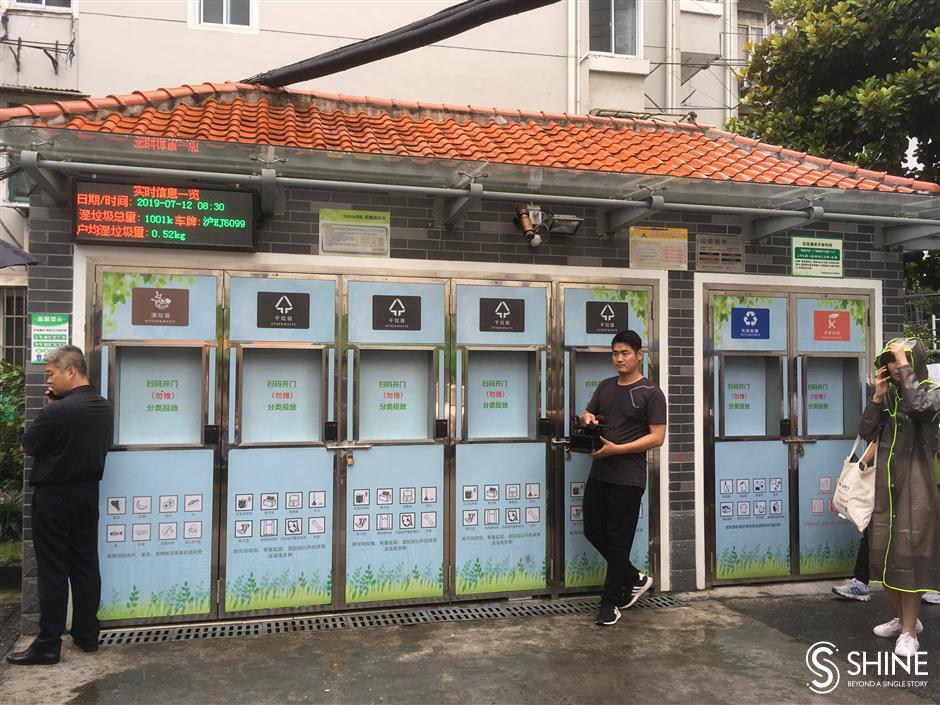