Workers measuring the depth of water on Shangzhong Road

Workers and a pump truck draining water on Wuzhong Road

Torrential rain lashed Shanghai on Saturday, flooding streets and causing chaos. Some streets were flooded by as much as a meter and the city's drainage system was heavily hit.

At the exit of Shangzhong Road tunnel, the water was higher than car wheels. A video posted on social media which soon went viral showed that not far from the tunnel, a car broke down in the middle of the road in front of the real estate registration office of Xuhui District.

Workers started draining water around 4pm, but when water will be gone is still unknown.

A worker said the tunnel is a low-lying area where water is more likely to accumulate. Similar situations happened repeatedly over the past few years.

At the junction of Shangzhong and Baise roads, the flooding was also serious, rising to knee height. Many cars broke down.

Local residents nearby said some residential complexes were “totally drowned” as water rushed into buildings.

The roads near the outer ring at Wuzhong Road were also flooded. But workers said as there is a river nearby, it would be easier for them to drain the water.

According to the city’s flood prevention authority, by 6pm Saturday, four water-logged areas where precipitation exceeded 120 millimeters were almost drained

There were more than 30 heavily water-logged points like Shangzhong Road Tunnel, said the flood prevention authority. All drainage work will be finished before 9pm.

Shanghai Party secretary Li Qiang visited Kangjian drainage pump station and some roads in Xuhui District on Saturday to check the impact of typhoon Lekima and visited workers and staff on duty. He also ordered the city government to further enhance measures to deal with the typhoon and ensure safety of residents and smooth operation of the city. 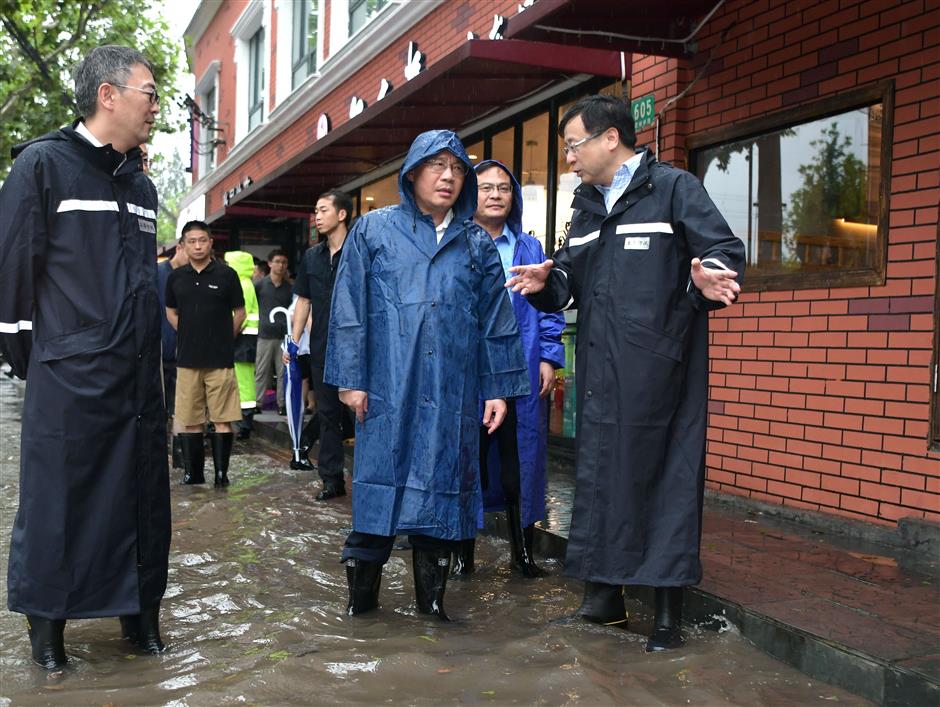