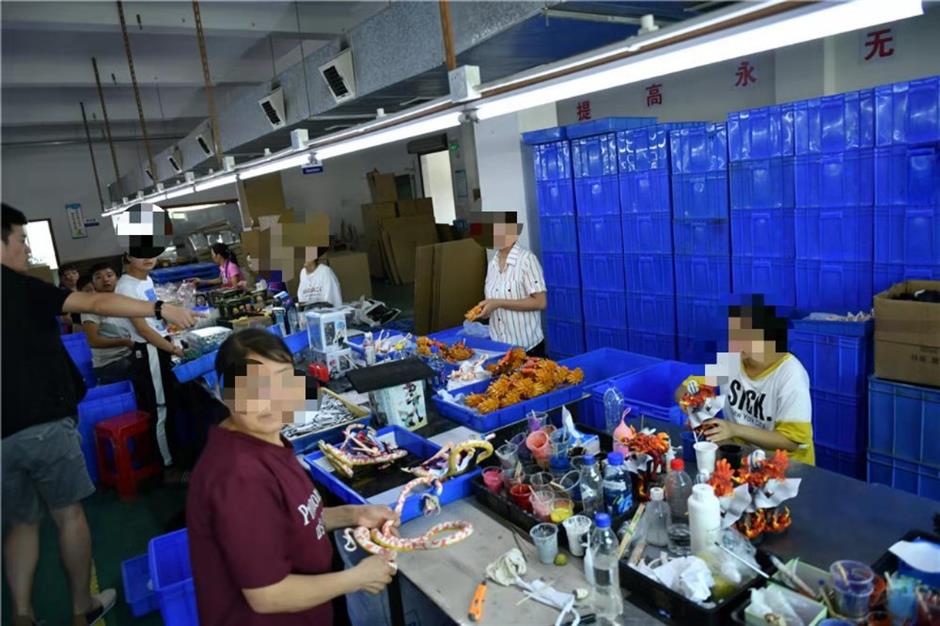 The factory in Dongguan where police found fake toys being produced 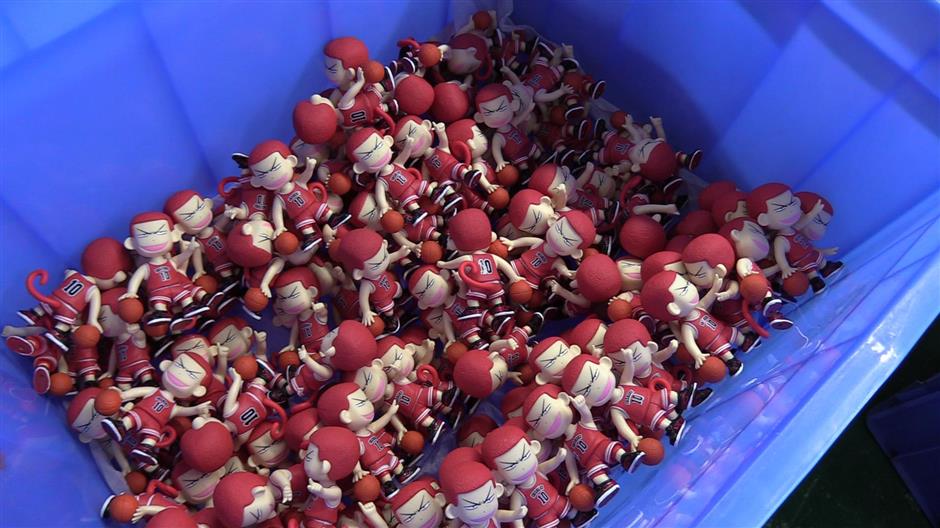 Twenty-five suspects have been detained for allegedly producing fake toys that infringed the copyrights of a number of Japanese companies, Shanghai police said on Wednesday.

In a factory in Dongguan in Guangdong Province, police seized over 1 million toys whose authentic counterparts are estimated to be worth about 300 million yuan (US$43 million).

Police in Huangpu District said they began their investigation in early June after they discovered that several stores in the district were selling shoddy versions of some Japanese toys, such as those from the “Slam Dunk” anime series.

The toys had not been authorized by the companies holding the copyrights — Bandai, Banpresto and Nintendo.

Police said the fake toys were all purchased from two online shops run by a couple who had a shop in Guangzhou and purchased the products from a manufacturer based in Dongguan.

Police said they had sold dozens of hundreds of boxes of fake toys through their Guangzhou shop, at one third of the price of authentic versions.