The former football pro passing her skills to Shanghai's youth

It’s among her many responsibilities at the association, including coaching the men’s under-11 football team.

In making a return to professional football four years after her retirement, Pu said she wanted to help develop young talent in a sport she loves.

“I haven’t really bid farewell to football,” said the 39-year-old. “In fact, I’m also taking courses for a higher level of coaching certificate. The schedule is packed, but I’m doing what I love.”

Pu started her national team career in 1997 at the age of 17, when Chinese women’s football was about to reach its peak. She almost made it to the 1998 Asian Games, before being replaced at the last moment.

“I was in the initial entry list, which was made public one week before the team’s departure for Bangkok,” Pu told Shanghai Daily. “However, some unselected senior players saw the news and talked with the coach. Eventually, I was told to make way for older players who, unlike me, might not have much chance left to play for the national team.” 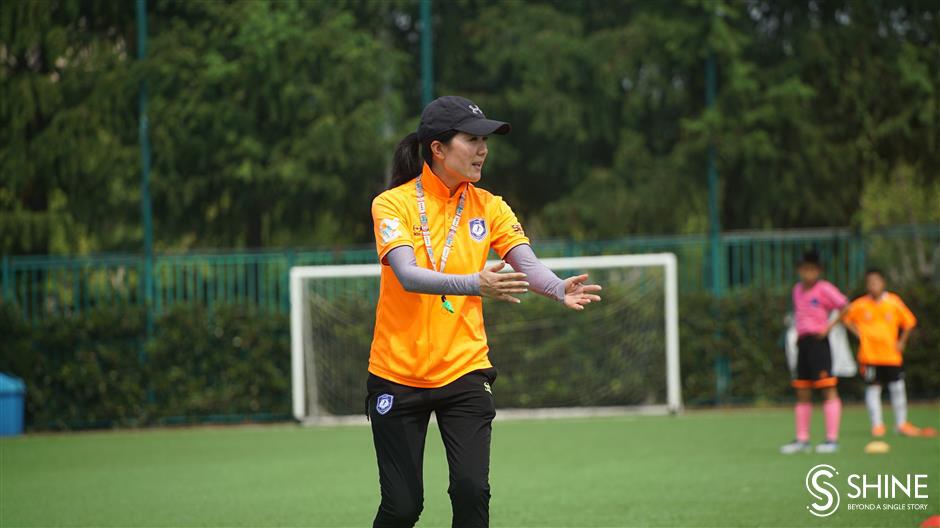 Coaching the men’s under-11 football team is among Pu Wei’s many responsibilities at the Shanghai Football Association.

Pu said she managed to keep her spirits up despite the setback — an attitude that impressed the coaching team.

“They saw my eagerness to serve for the national team and entrusted me with a starting position during the World Cup the next year,” she said. “I was the youngest member of the team and managed to stabilize my position after the first match.”

China advanced to the final of the 1999 FIFA Women’s World Cup but lost to the host United States team in a penalty shoot-out. The players have been nicknamed “sonorous roses” since then.

Pu went on to play in three world cups and three Olympic Games. As she rose in the ranks, the fortunes of the Chinese women’s team slipped below their pinnacle. China did not qualify for the 2011 World Cup in Germany nor the London 2012 Olympics. Pu was named national team captain in 2013, a year before retiring.

“The decline of the national team’s performance has many reasons, including the constant change of head coaches, which led to the instability of the regular line-up,” said Pu. “Stability is the key to a team’s success, which I have always kept in mind when I later became a coach.”

After her retirement from the team, Pu wore many hats, including working in TV commentary and the wine and restaurant business. For a time, she was a frequent guest on TV programs.

“I would usually talk about football on TV,” she said. “And when Shanghai Football Association President Zhu Guanghu asked me to join the association, I accepted without hesitation.”

Pu has represented the association at various foreign exchange activities. She was subsequently named head coach of the men’s under-11 team. She conducts training three times a week and accompanies the team to domestic competitions.

In July, she was named the press officer for Shanghai Greenland Shenhua’s home matches. 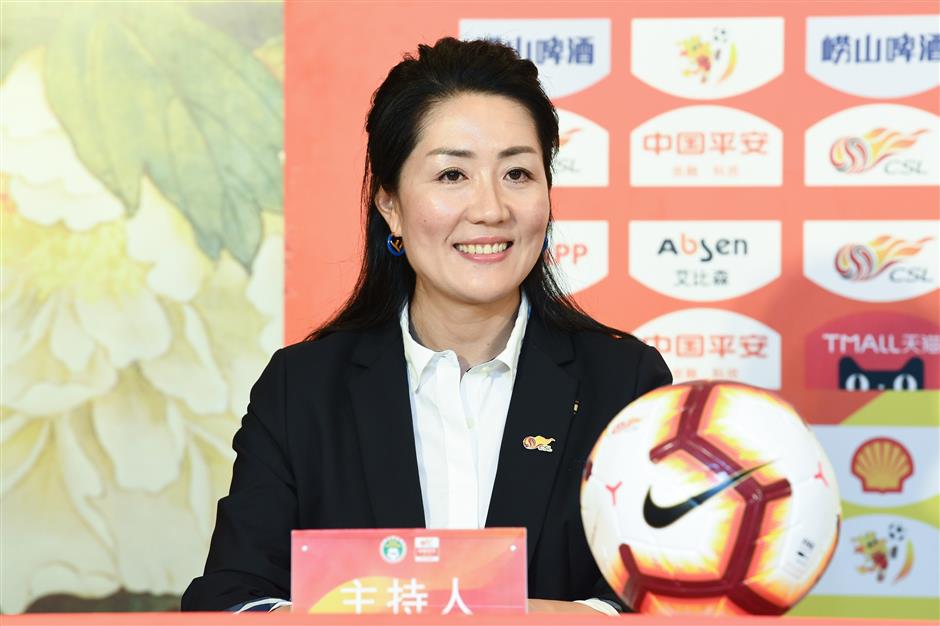 Her duties include officiating at pre-match and post-match conferences, writing match reports and communicating with away teams for arrival and training times.

“A lot of officials and journalists are old acquaintances of mine, which makes the job easier,” said Pu.

Coaching the men’s under-11 team is a more challenging job than coaching women athletes, she said.

“Boys tend to have stronger personality, while girls are usually more obedient,” said Pu, who was hardly ever an “obedient girl” herself.

“My father was against my choice to play football back in primary school,” she said. “In his traditional thinking, a girl should be doing something quiet or artistic rather than running around a football pitch. But eventually he was impressed by my persistence and love for football.”

Shanghai has traditionally been a strong force in women’s football, which Pu credits to systematic management.

“In Shanghai, women’s football has a strict management system from the district level,” she explained. “Young blood is attracted to the team after seeing its good performances, which is a virtuous circle.”

But Pu admitted that the number of children, especially Shanghai natives, who choose football as a potential profession has been decreasing over the years.

“Parents’ expectations are a key factor,” she said. “Not many are interested in seeing their children become professional footballers.”

She added: “I always ask my students whether football was their choice or their parents’ choice. My own experience has taught me that only personal interest can lead to real devotion, which is a key factor to future success.” 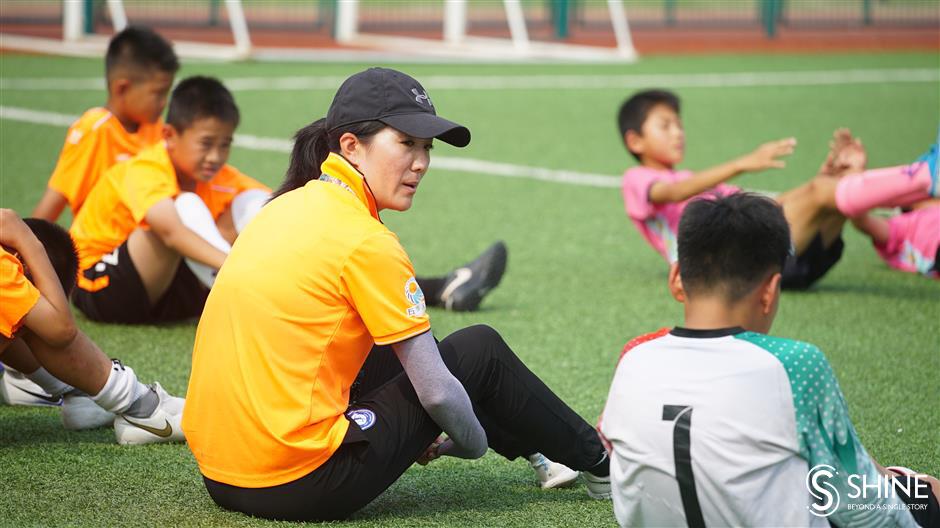 Coaching boys is the more challenging job because boys tend to have stronger personalities, while girls are usually more obedient.

“The training is more about mentality and details,” she said. “I’m a strict teacher, but I know what a good foundation can do good for a player’s future career.”

“Once a child shows interest in football, a coach should be able to provide professional guidance in both skills and mentality,” she said.

“I’m glad to see a lot of retired veteran players are starting to become more involved with youth teams.”