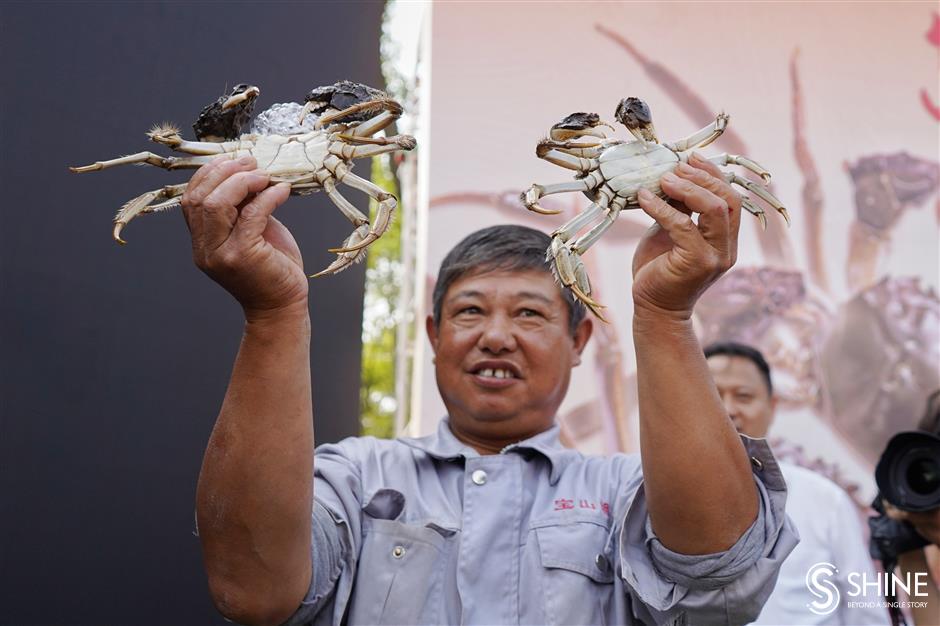 A villager with Luojing Town of Baoshan District showcases the biggest male crab he raised.

Fishing started on Saturday for hairy crabs on Yangtze River to compete with those from famed Yangcheng Lake in Jiangsu Province and elsewhere.

People from Luojing Town in the northern district of Baoshan began collecting the town's prized hairy crabs from ponds and rice fields.

Crab lovers will be able to taste the seasonal local crustaceans soon without driving out of Shanghai. The meat is described as "sweeter and tighter."

Hundreds local people jumped into seven ponds to gather the crabs in the traditional way: with their hands and bamboo baskets. This year's Luojing hairy crabs are bigger, about 100 grams heavier than those from previous years, thanks to the favorable weather, a villager said.

Luojing crabs are known for their size, long legs, tighter meat and rich roe as well as a slight naturally sweet flavor. They grow within the city's tap water source conservation area at the mouth of Yangtze River.

The crabs spawn there every October and villagers catch the biggest baby crabs and raise them in ponds and rice fields. It takes two years, twice as long as for other hairy crabs, for them to grow to full size and head for the market. Yangtze River crabs are fed with fresh snails, algae, corn, fish and beans.

Two Luojing-based companies purchased the crabs with 38,000 yuan (US$5,400) and 36,000 yuan in an auction. The money was donated to the town's charity foundation.

A crab wrapping competition was also held among villagers and tourists to celebrate the Farmers' Harvest Festival on Saturday. Villagers were asked to wrap each crab in the traditional way with straw rope to prevent them from struggling while being steamed.

The crab bonanza is part of the town’s efforts to develop tourism to attract gourmands from downtown . The town wants people to enjoy its pastrol scenery, taste (and even catch) the hairy crabs themselves and witness how much of the city’s agricultural products originate in the town, said Yang Xin, director of Luojing. 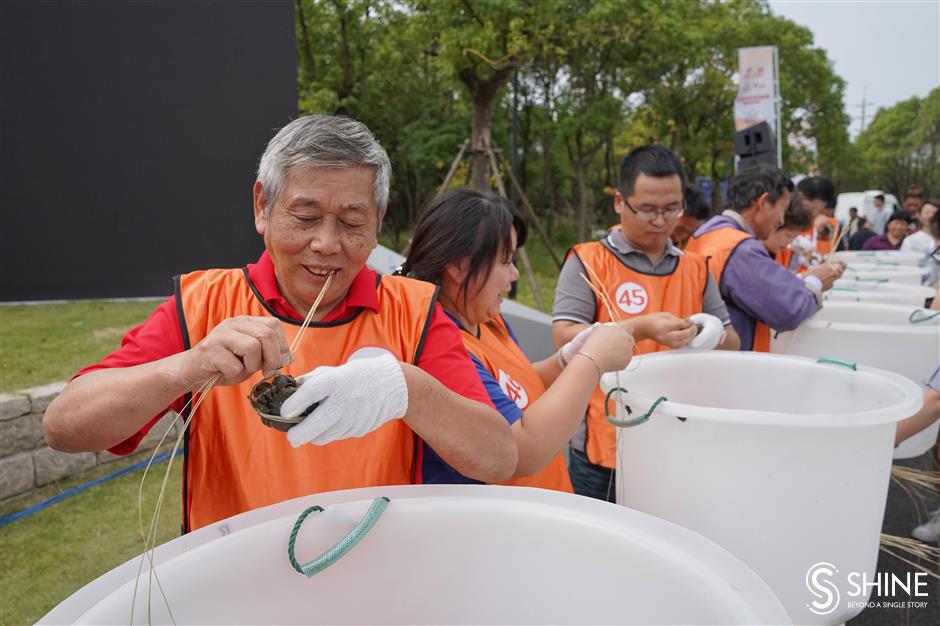 Villagers bind crabs in the traditional way in competition to celebrate the harvest on Saturday. 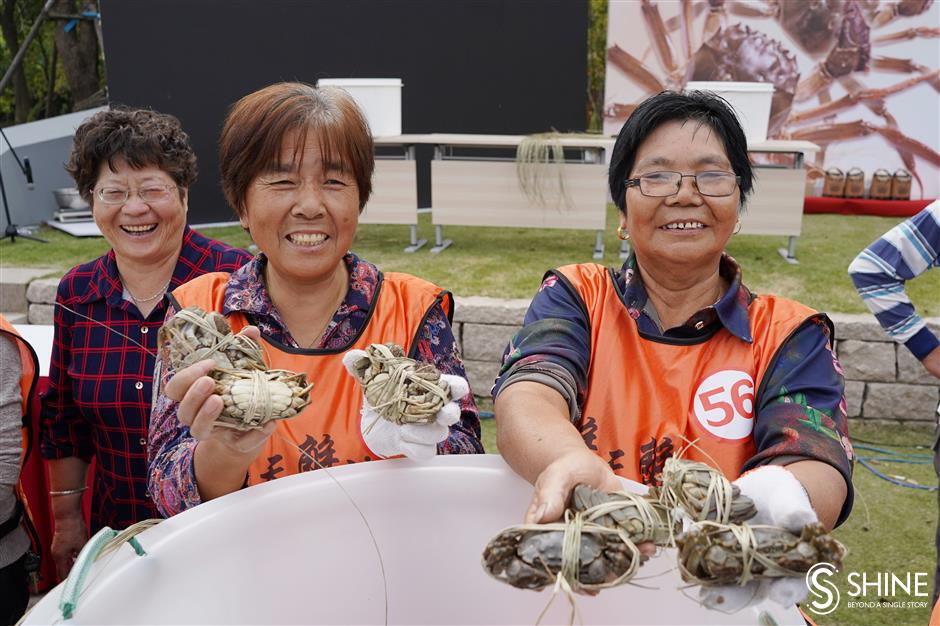 Luojing villagers are very happy with their efforts, the crabs, less so.