Praise for China's investment in Greece

Greek Prime Minister Kyriakos Mitsotakis opened a Greek-Chinese business forum in Shanghai on Monday. He is in the city to visit the China International Import Expo.

At the forum, he announced the first direct flight between Shanghai and Athens to start in 2020, operated by Juneyao Airlines. It coincides with the country's ambition to bring in 500,000 Chinese tourists by 2021, nearly three-folds from 180,000 in 2018.

Greece is guest of honor at this year’s CIIE from November 5 to 10, and various events have been planned including a one-day "China-Greece: A New Era in Economic Cooperation” forum. 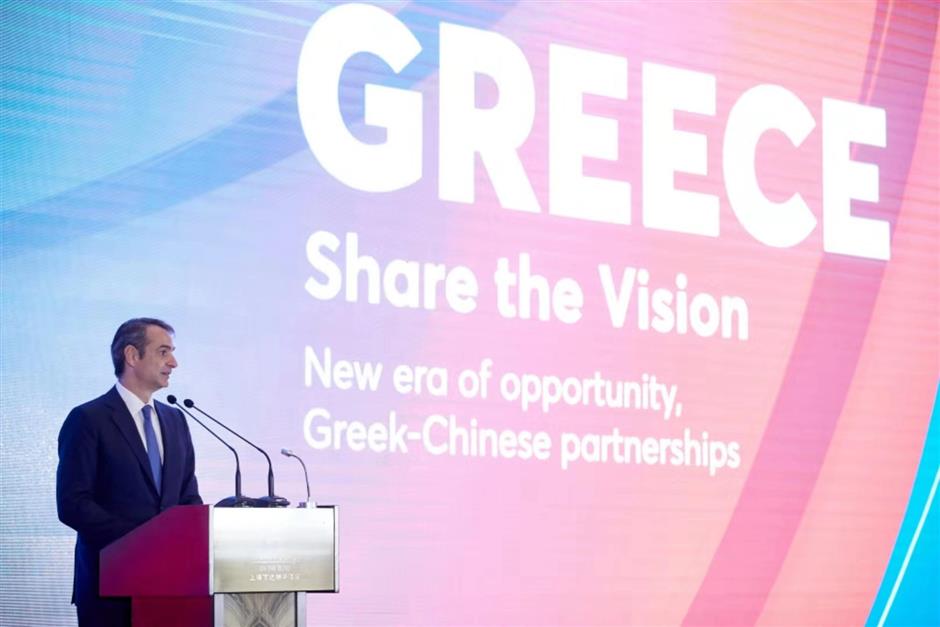 Greek Prime Minister Kyriakos Mitsotakis tells a business forum ahead of CIIE opening that the two countries are entering a new era of economic cooperation.

The prime minister, who heads a delegation of ministers and companies, said the event was an excellent opportunity to showcase the strong Greece-China relationship.

“As Greece is on track for a strong recovery, we are absolutely confident that we are heading towards a new and promising chapter in Greek-Chinese economic co-operation,” Mitsotakis told the forum in his opening remarks. He praised China for having invested in his country when many other had not.

“China has been investing in Greece in times when other countries shied away. The investment by COSCO in the port of Piraeus is an example of how an important Chinese company was bold enough to invest in an important Greek infrastructure project, at a time when Greece was considered uninvestable by many other countries.”

China’s COSCO Shipping has been involved in operating the port of Piraeus for a decade, and the Greek government recently approved its new master plan with additional investment. Mitsotakis visited the company's headquarters after the forum.

The new era of economic cooperation is more than the port and infrastructure projects, he continued to talk about a variety of sectors including shipbuilding, renewable energy, agriculture, tourism and research and development.

Recently, the civil aviation authorities of both countries signed a memorandum of understanding intended to double the number of flight connections. More direct flights from major Chinese cities to Athens are also to be expected.

He projected growth in Greece to be nearly 3 percent next year, and said the country was at the beginning of new growth.

"Now is the time to take advantage of all the opportunities that Greece has to offer," he said. “There has been no better time to write a new chapter in Greek-Chinese economic relations." 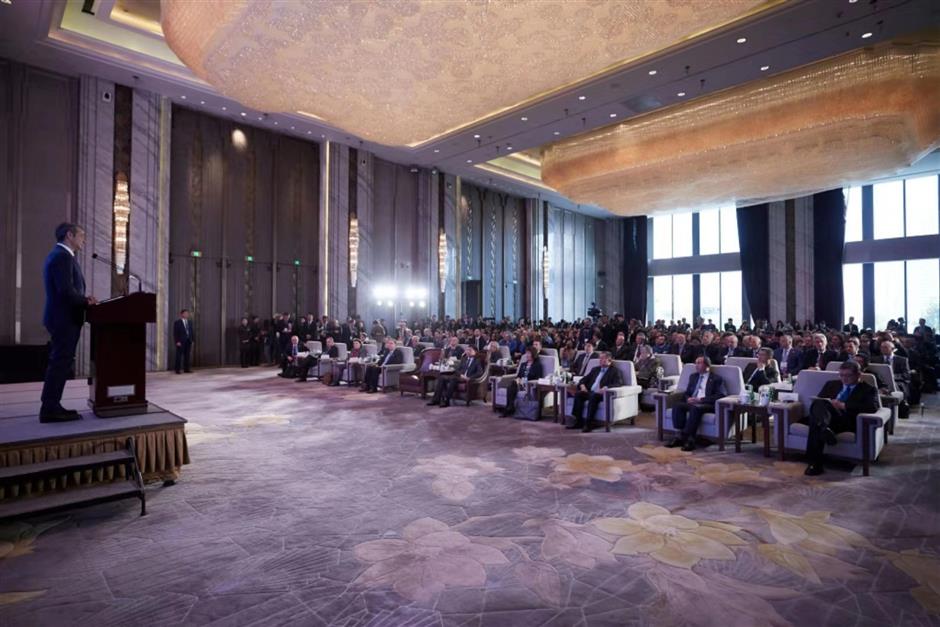