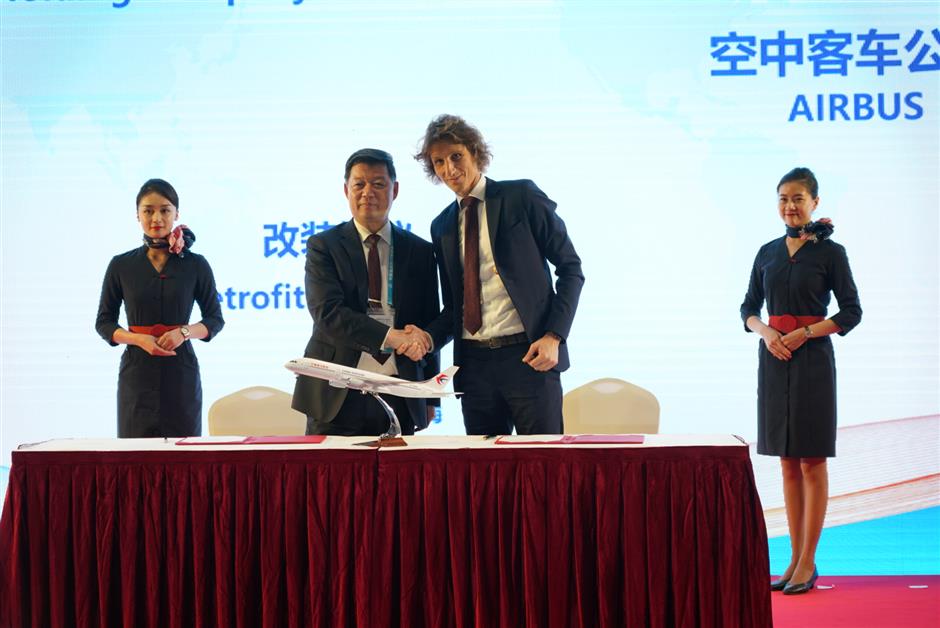 A China Eastern official signs an agreement with an Airbus representative, marking just one deal inked by the carrier at the second China International Import Expo.

The deals exceed the total number signed by the carrier during the first CIIE last year, and include imported products and services related to aircraft engines and maintenance, aviation fuel, on-board meals, pilot training and Internet services, the airline said.

China Eastern is focused more on cooperation with nations and companies along the Belt and Road during this year's CIIE, the Shanghai-based carrier said.

The agreement with DiMES marks the first collaboration between the Turkish brand and a Chinese airline. Its freshly squeezed orange juice will be supplied to passengers on China Eastern flights soon, the airline said.

China Eastern is operating a fleet of over 750 aircraft which service about 3,000 daily flights. It is the world's seventh-largest airline with a network to 1,150 destinations in 175 countries and regions. The carrier transports 130 million passengers annually.