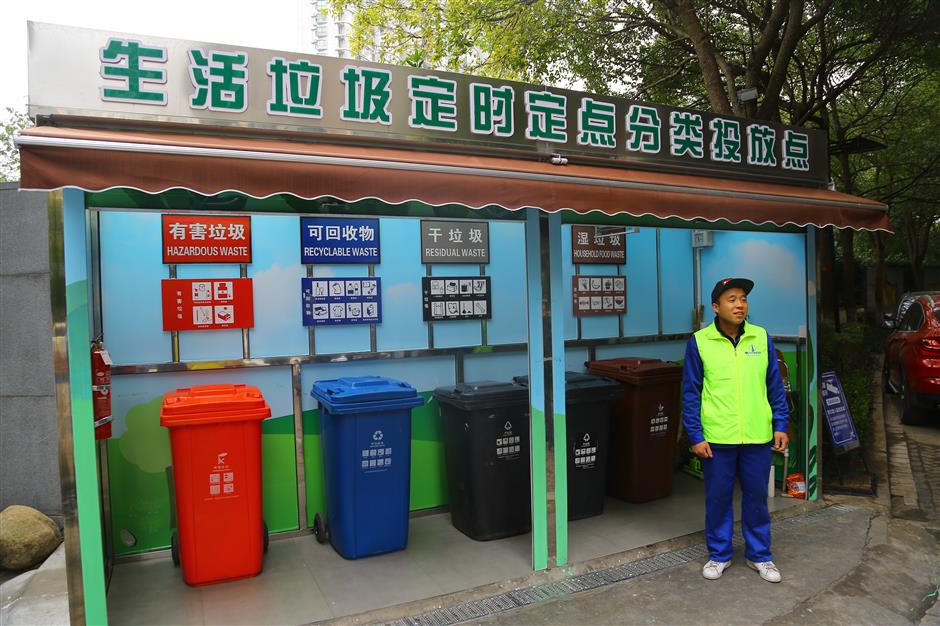 A garbage-dumping site at the Zhongyuan Liangwan Cheng (Brilliant City) with separate bins for various types of waste.

Zhongyuan Liangwan Cheng (Brilliant City), housing about 50,000 people beside Suzhou Creek, has been listed as one of Putuo District's model communities for its waste classification campaign, said Wang Yuanhua, director of the the Yichuan Road subdistrict.

The neighborhood, on the former site of one of the city’s most notorious shantytowns, had faced great challenges in implementing the regulation. The 11,599 households create about 100 tons of household garbage every day, more than 10 times more than most other local communities. It also features a large proportion of tenants and 196 community stores.

Residents and business owners used to dump unsorted garbage in nearly 300 large bins. Though property management cleaned the bins many times a day, the dumping sites were dirty and smelly, said Gao Baoyu.

Gao, a 75-year-old woman, is one of the community's garbage-sorting volunteers. Between 7am and 9am every day, she guides residents to properly sort their waste before dumping it in the right bins.

"My age and white hair make most residents reluctant to reject my advice," Gao said.

In June the bins were replaced by 26 garbage rooms featuring separate bins for residual, kitchen, recyclable and hazardous waste.

The construction of the garbage rooms became challenging because some landlords thought the garbage rooms would damage the fengshui of their homes. Some even believed no garbage bins should be visible from apartment windows, Wang said. 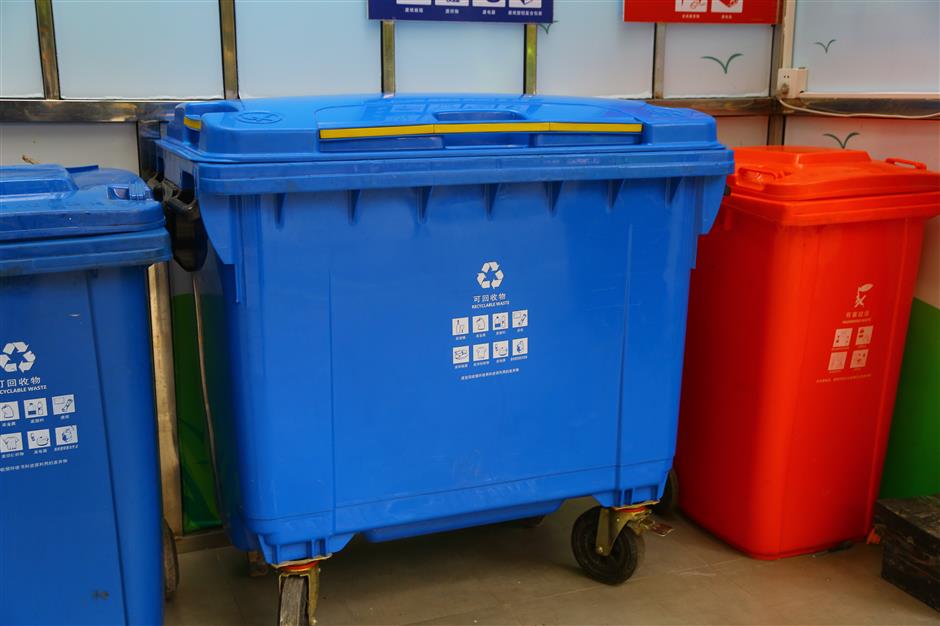 Others feared the garbage rooms would encroach on parking or green space.

Several demonstration garbage rooms were set up and the neighborhood committee sought suggestions on their location.

Some residents then applied to build additional garbage rooms near their apartment buildings for convenience, Wang said.

The subdistrict also reached agreement with the business operators in the community to offer door-to-door garbage collection several times a day if the waste was properly sorted beforehand.

Across Putuo, some 95.5 percent of the district's communities have reached the garbage-sorting standard by the end of October compared to none of them during an initial inspection in April, said Lin Kaiyong, deputy director of Putuo's greenery and public sanitation bureau.

More than 474 tons of kitchen wastes was being collected on a daily basis. The bureau originally anticipated the amount at 332 tons. Meanwhile, more than 197 tons of recyclable waste had been collected every day.

Citywide, Shanghai has collected 1.14 million tons of recyclable waste since the beginning of July when the household garbage-sorting regulations came into force. 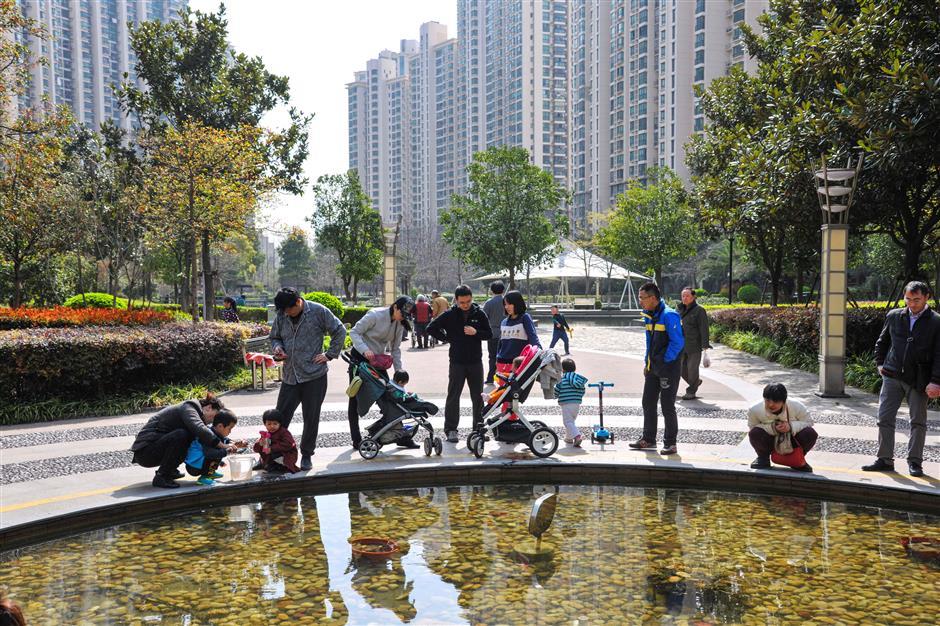