A dog's life for Auntie Wang 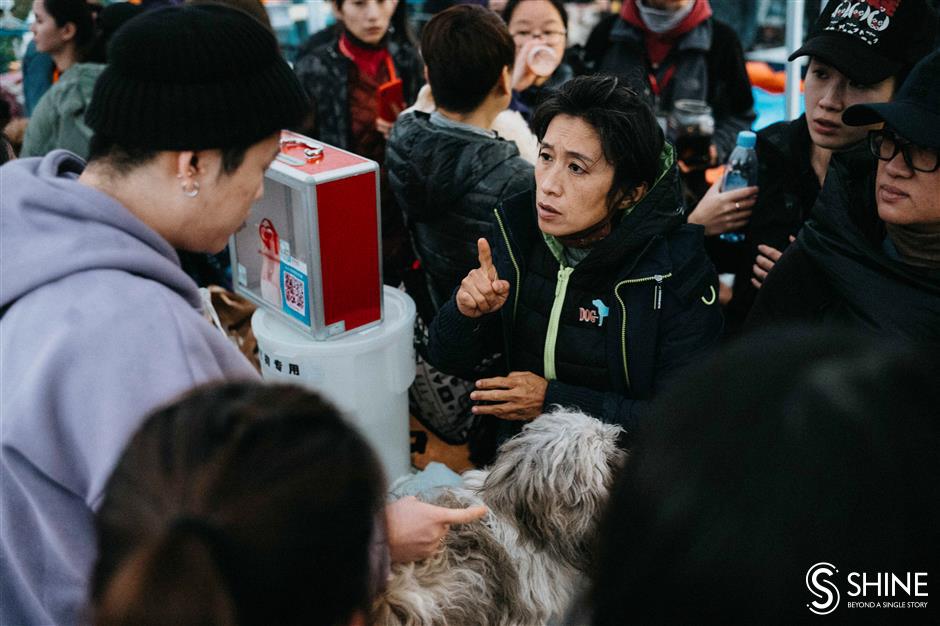 The adoption campaign at Paradise Walk in Xuhui District drew large crowds, many not adopting a pet but donating money to Wang’s campaign.

The volunteers weren’t expecting so many people to come until a fuss at Auntie Wang’s dog camp just a few days ago.

On November 25, two trucks carrying over 130 dogs and cats suddenly stopped at the gate of Wang’s camp in Taizhou, Jiangsu Province. These animals, many of which were underweight, had belonged to a pet shop that recently closed down.

“It was a couple who ran the pet shop,” said Wang. “I told them not to leave the dogs to me for I already have over 1,000 in my camp, but they didn’t listen.”

Wang threatened to call the police if the couple didn’t take the dogs somewhere else, but they told Wang to “go ahead” as they had no plan B.

Most of the pets were not in good shape, and six died the next morning.

Wang and her volunteers posted the news of the 136 unexpected visitors on social media.

“Many people saw the news on TV and came to us,” said Coco Chen, a volunteer who has been helping Wang for six years. “We really appreciate their love for the dogs.” 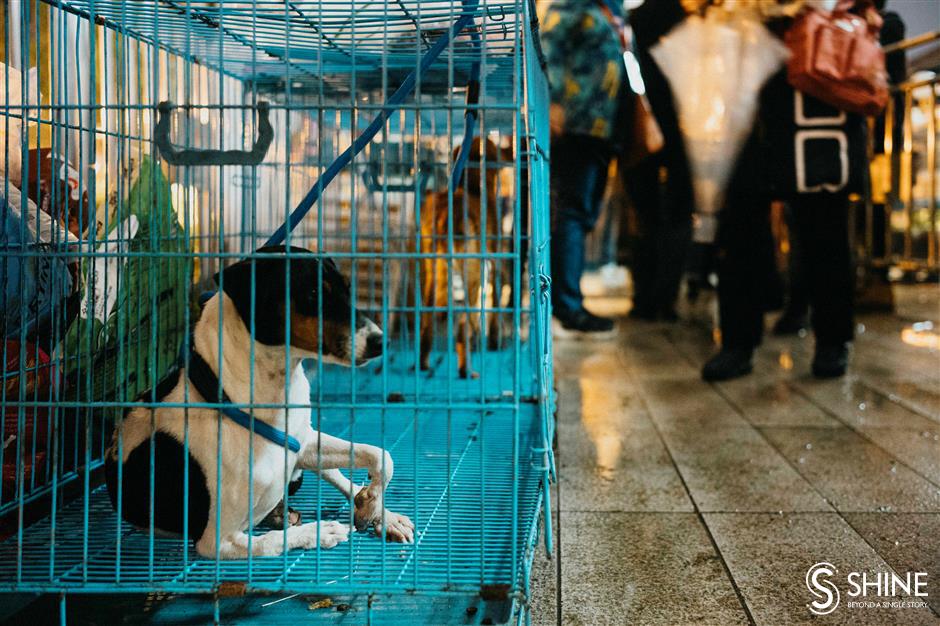 A dog waits for someone to take it home at the adoption event.

Yet Chen said although more than 300 dogs in the camp have found new homes this year, there are still about 1,300 dogs, cats and some other animals in the camp.

“There are always more dogs coming to the camp,” Chen told Shanghai Daily. “All volunteers and friends have tried to persuade Wang to stop taking new dogs before the old ones in the camp are adopted.”

Wang had agreed, but when the trucks stopped at her doorstep, she felt she had no choice.

“Otherwise they could all die,” she said. The couple who left the dogs at the camp are also helping out, but they simply don’t have enough manpower to take care of all the dogs.

Wang first started taking care of strayed or abandoned animals in Pujiang Town in Shanghai. But as the number of dogs kept growing, it was difficult to make peace with her neighbors as the dogs would bark and the smell was not good. She has had to move her camp four times in the past two years.

The adoption event was a success, but 10 dogs didn’t find a home, Wang took them back late at night, another four hours.

Chen said since last week, Wang had only had about three or four hours sleep a day for she had to look after the dogs.

“Luckily the dogs recovered quickly,” Chen said. “some of them were already adopted at the event.” 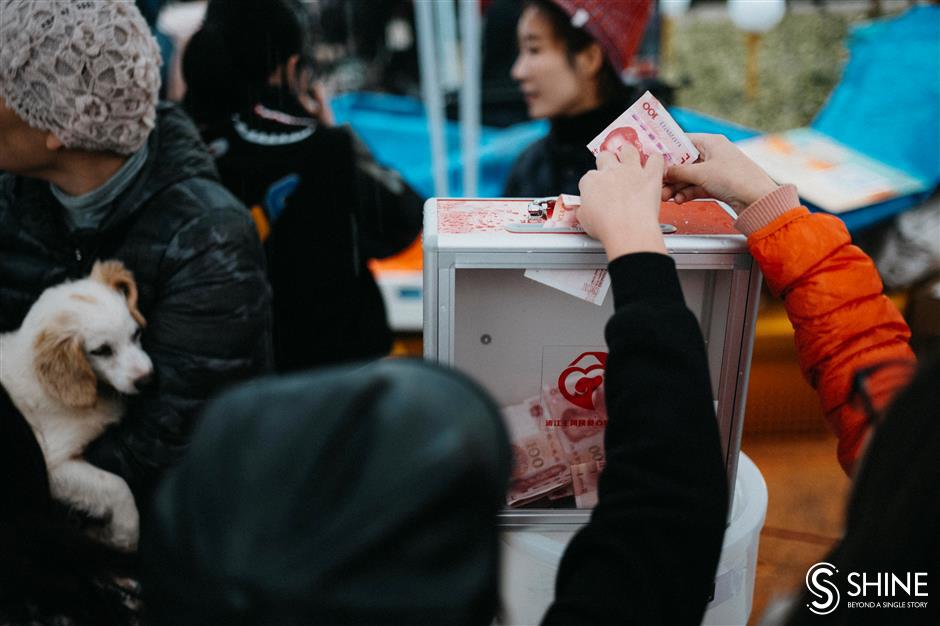 Many people also reached out to Wang and her volunteers. Coffee house chain Starbucks said Wang and the volunteers can throw adoption events in front of any pet-friendly Starbucks shop in Shanghai.

On December 7, there will be an adoption event at the Starbucks Reserve on Zhoujiazui Road of Hongkou District.

“A coffee house in Xintiandi also reached out to us,” Chen said. “Hopefully we can organize another event on December 21 if the talk goes well.”