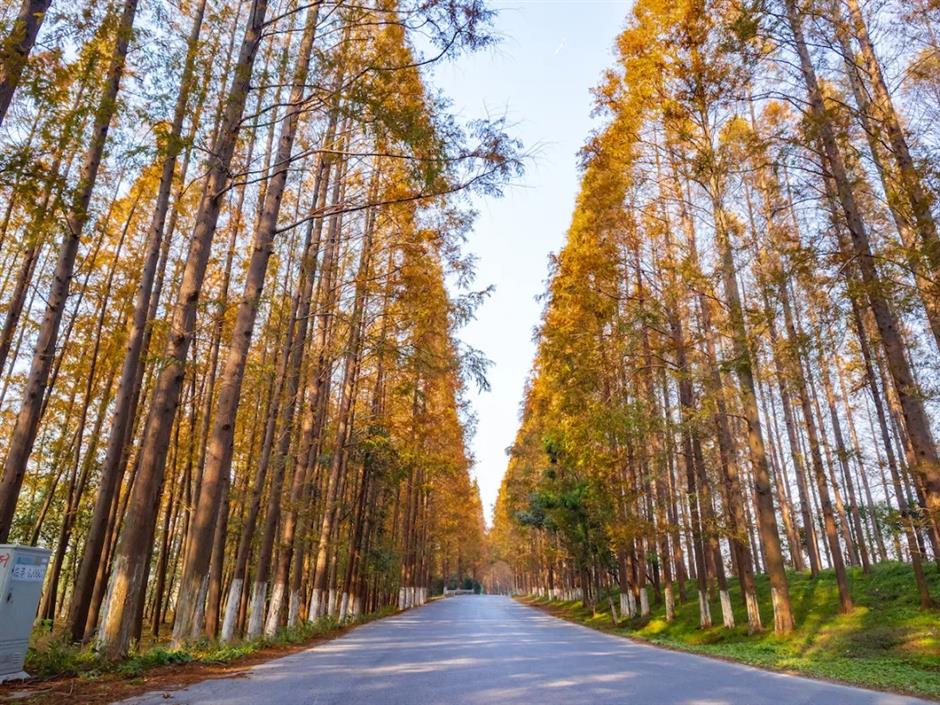 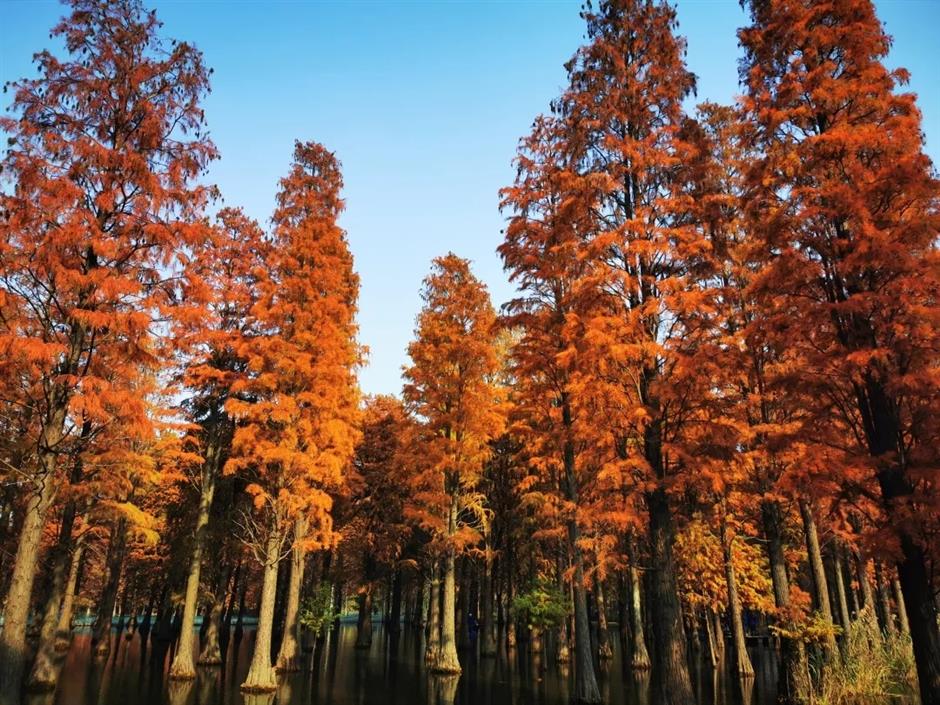 It covers nine districts with roads, parks and forests where trees such as ginkgo, Chinese tallow, sweet gum, soapberry and goldenrain can be seen.

Shuangzhu Highway in Jiading District is one of the most beautiful roads in the district, and its forest belt is lined with yellow and red in late autumn and early winter, the Shanghai Greenery and Public Sanitation Bureau said. 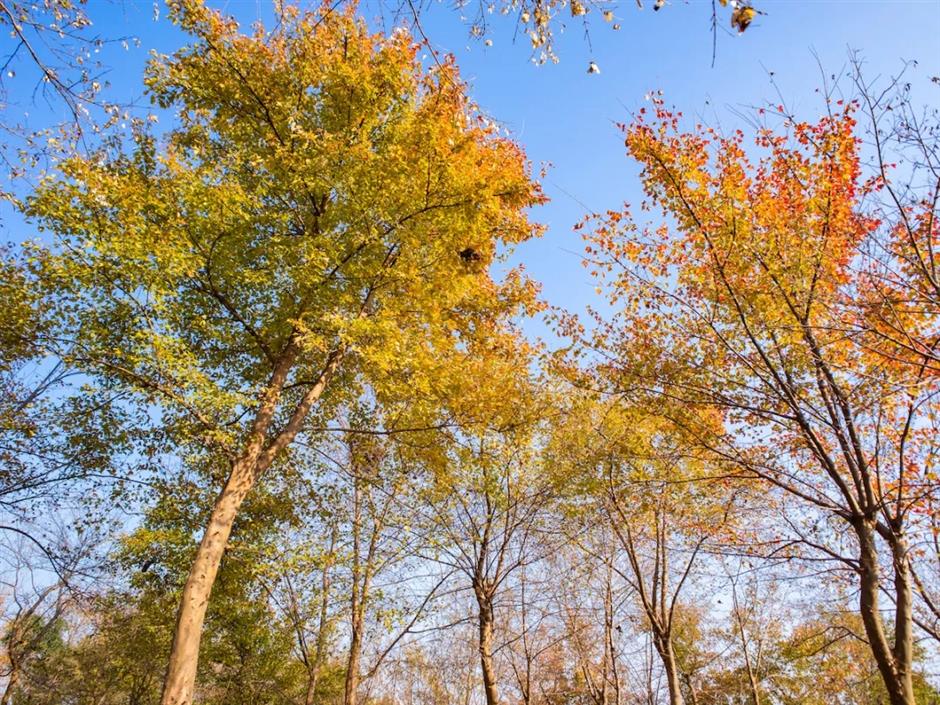 Jiabao Forest in the same district is planted with trees like sweet gum and soapberry, which present brilliant colors in autumn and winter.

Tangxia Highway forest belt in the Pudong New Area makes the highway one of the most beautiful in Shanghai, full of wild flowers in spring and autumn and covered by red fallen leaves in autumn and winter. 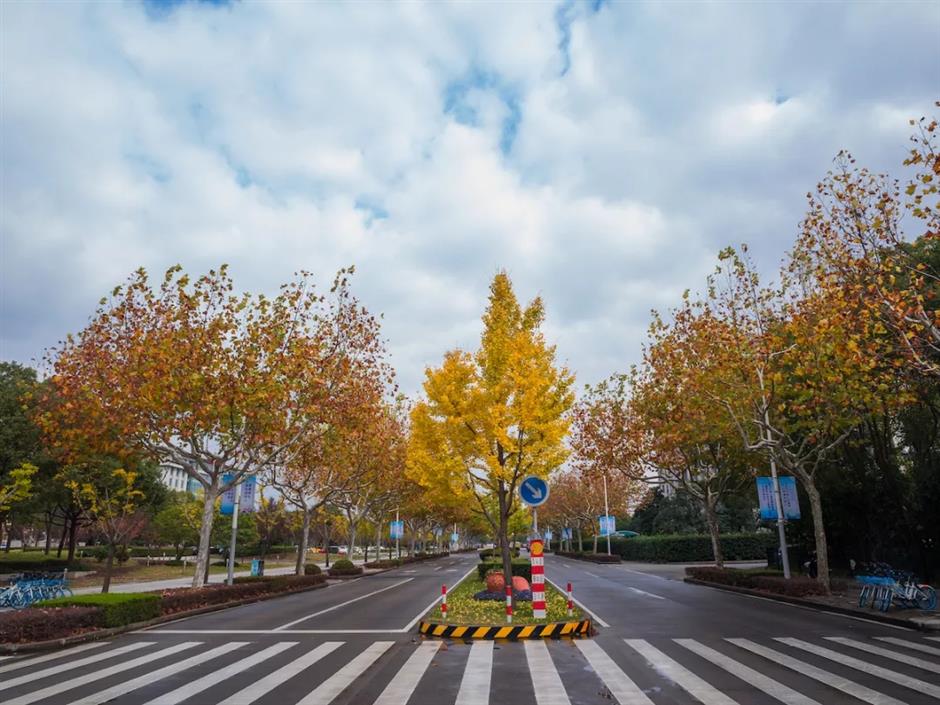 The water forest in Qingxi countryside park in Qingpu District is one of the best spots in the city to see autumn and winter landscape, while Thames Town in Songjiang is dreamlike with yellow ginkgo and red maple.