“We will give full support to the upcoming construction of Tesla projects, and we hope Tesla will expand cooperation with Chinese enterprises in clean energy and transportation,” Li said.

Shanghai Mayor Ying Yong and Musk launched the opening of the Tesla China-made Model Y program during the delivery of Model 3 cars to buyers on Tuesday.

“We will create a better business and market environment for Tesla’s development in Shanghai, respect and protect intellectual property rights, and help enterprises, including Tesla, to achieve better development,” Ying said on the occasion.

Tesla signed an agreement with the Shanghai municipal government in July 2018 to build the factory. In October 2018, the company was granted approval to use an 864,885-square-meter tract of land in Lingang for its Shanghai plant.

As the largest foreign-invested manufacturing project in Shanghai, construction of the gigafactory began on January 7, 2019, when the area was still a wasteland. In 10 months, it had already entered trial production and on December 30, the first 15 Model 3 cars were handed over to company employees less than a year after it began operation.

The factory is the company’s first outside the United States and a key step forward in Musk’s strategy of going global. 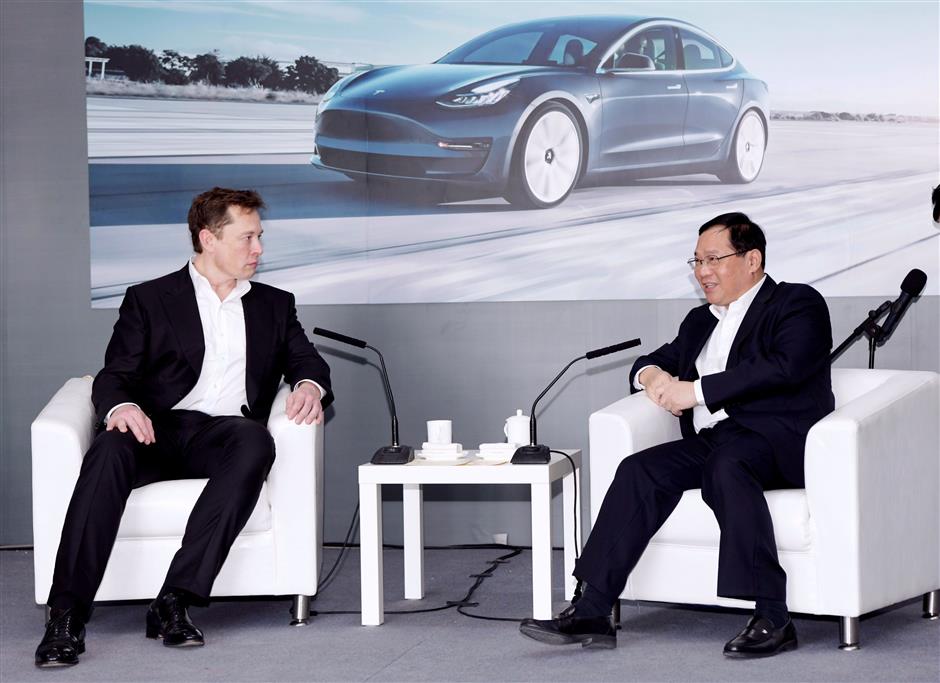 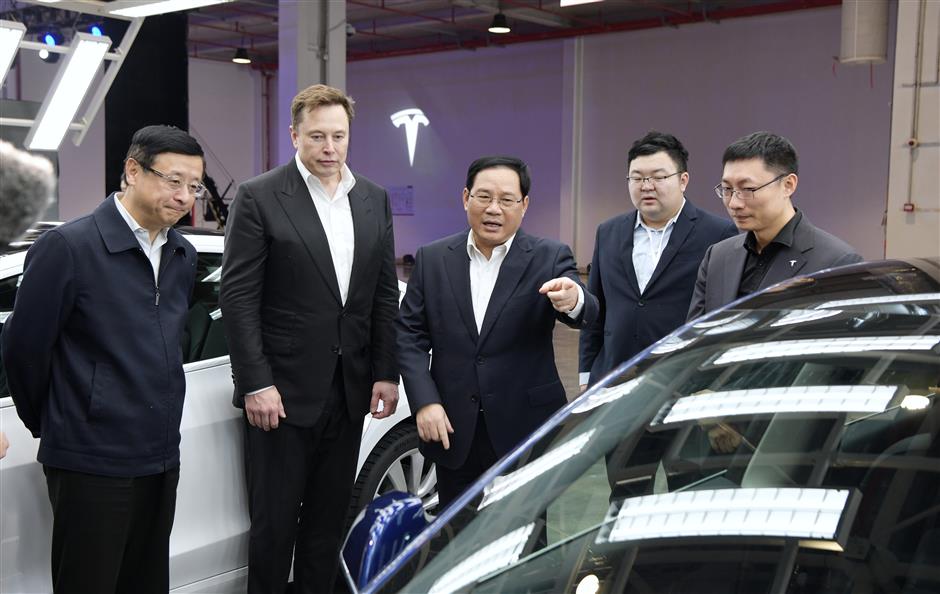 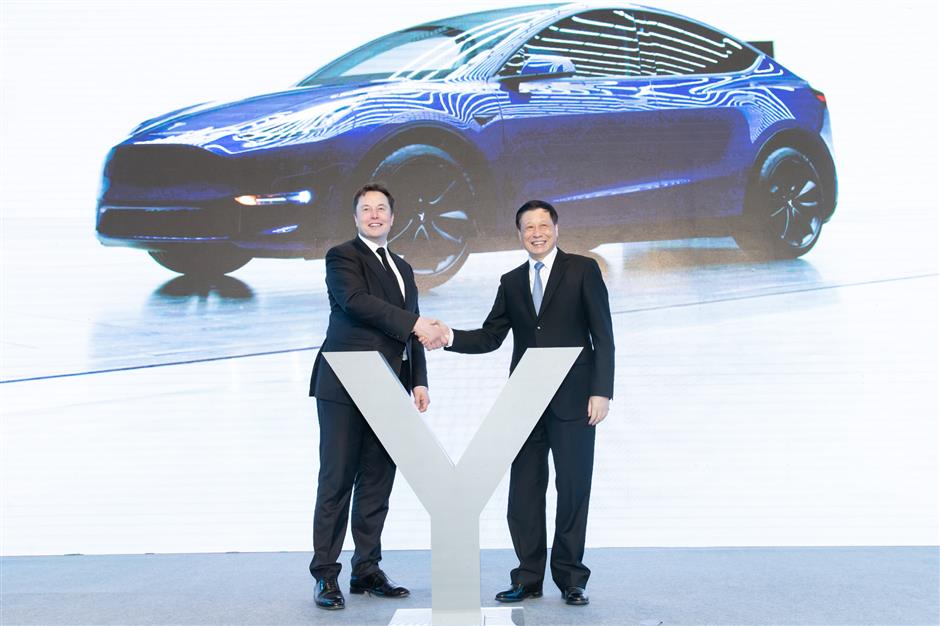