Police crack down on cars used as trucks

Around 10,600 offenses of passenger cars transporting goods have been detected since December, Shanghai traffic police said on Wednesday.

Such offenses are considered dangerous as goods transported in adapted cars, usually with seats removed, were not well fastened, and could easily cause accidents.

However, the rule was often being ignored because of the ban on trucks on most of the city's elevated roads.

When Shanghai Daily accompanied the police on patrol on the North-South Elevated Road at the Yan’an Road E. overpass, a number of rule-breaking motorists were spotted within half an hour on Wednesday afternoon.

One offender, a man surnamed Zhao who works for a furniture company, said he had been caught several times since September and his company covered part of the 200 yuan (US$29) fine for each offense imposed by the police.

Another offender, a woman surnamed Xie who sells food in a wet market in the Pudong New Area, was caught with about a ton of mutton in her car.

“I usually call truck services to transport goods for me, but it’s hard to get such services this time of year because the Chinese New Year is coming,” she said. 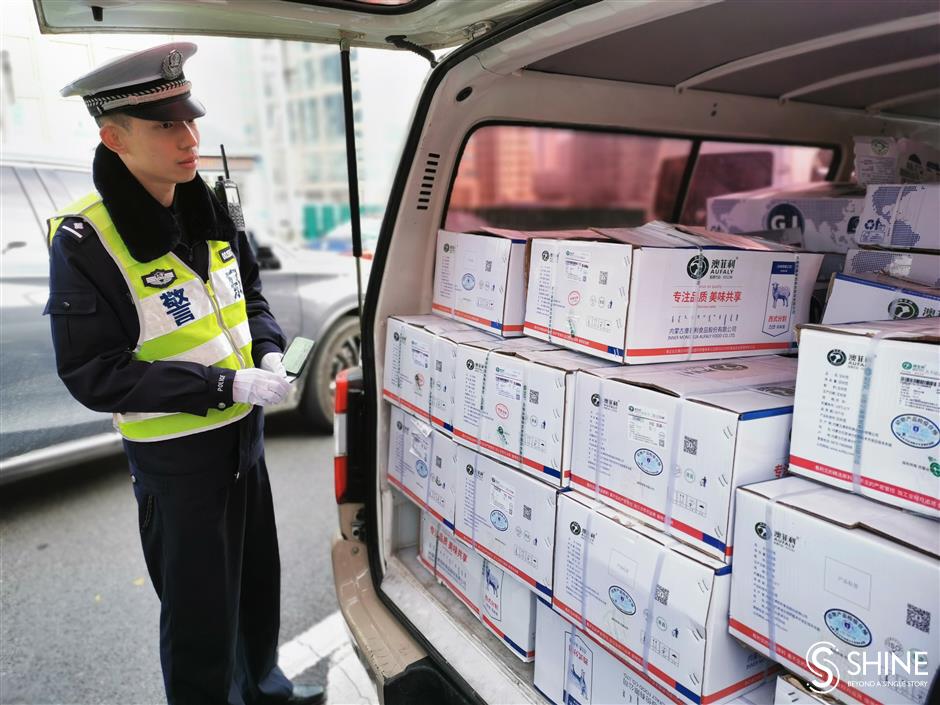 When policed stopped a woman surnamed Xie on the North-South Elevated Road, they discovered about a ton of mutton in her car.

“Previously they were usually fined 200 yuan and let go, but now they’re under stricter scrutiny,” he said.

For example, if goods are found to be impeding the sight of the driver, the offender will be fined 100 yuan more, and if seats have been removed, the offender be fined 500 yuan and the are seized until the seats are put back.

Police said that seats had been removed in around 210 cases. China’s traffic law bans any modification of motor vehicles once they’ve been registered.

The police have a parking lot under Lupu Bridge where offenders are required to unload the goods and call for a truck to get them to their destination. 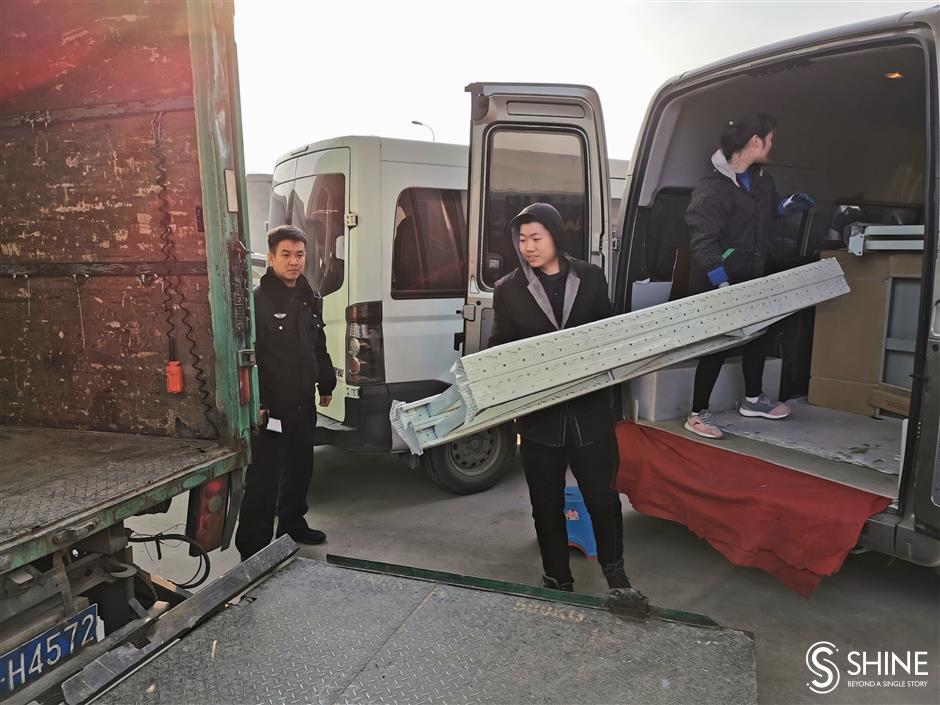 Drivers who use passenger cars to transport goods are required to unload them at a parking lot under Lupu Bridge for transfer to a truck for delivery.