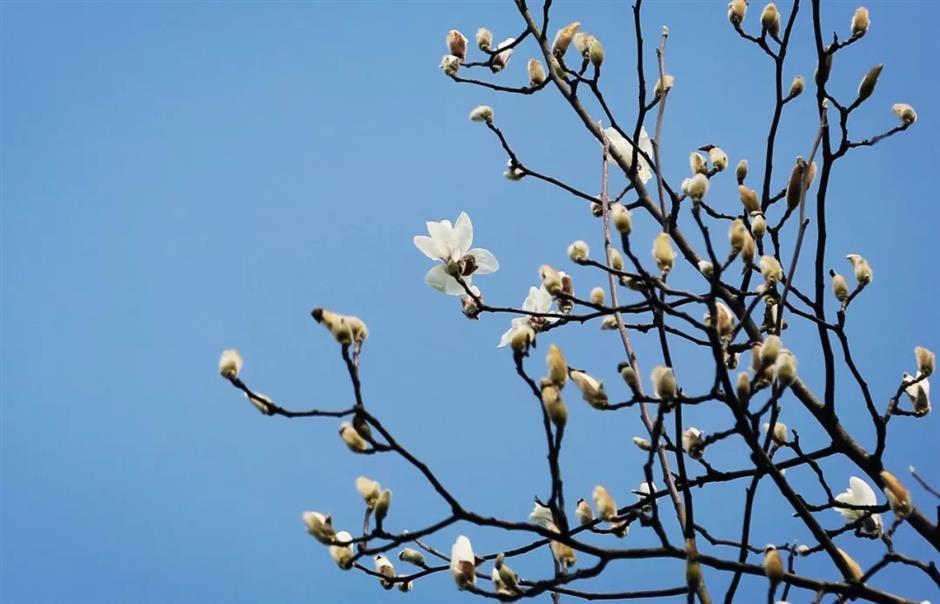 Some magnolia have blossomed at Shanghai Botanical Garden in Xuhui District, the earliest in over 40 years.

The warm winter contributed to the early blossoming, said Wang Yuqin, a botanist at the garden.

The nearly 20 degrees for several days last month was behind the scene, he added.

Last year, the flower bloomed at the garden on February 13.

The normal flowering period of magnolia in Shanghai is early and mid March, according to Wang.

However, the recent rainy weather and temperature drop may slow down the flowering of other magnolia blossoms at the garden, Wang said.

Magnolia is the city flower of Shanghai. 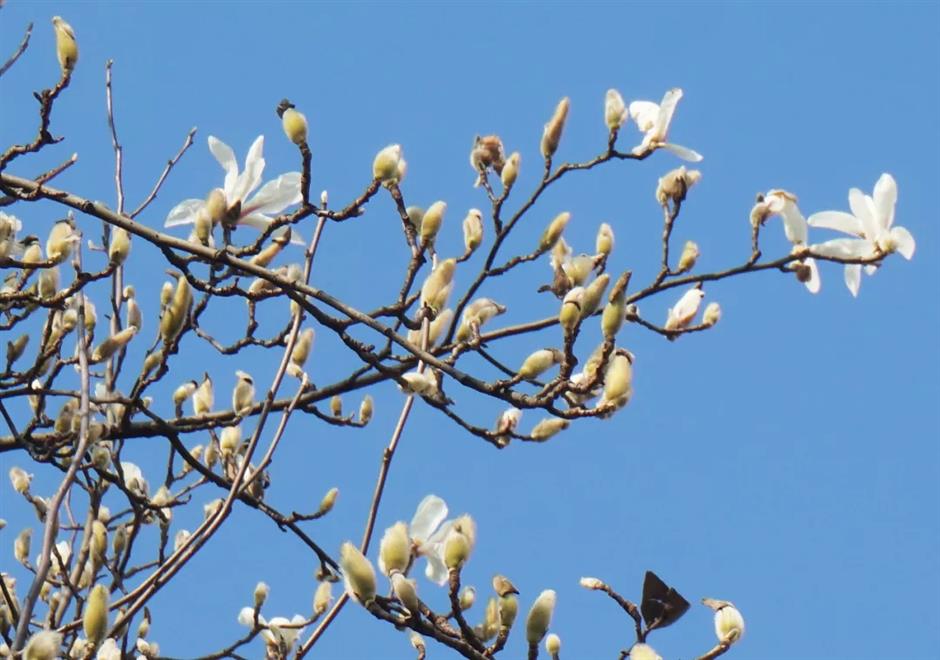 Some magnolias blossom at the Shanghai Botanical Garden.