Four people were injured in a traffic accident involving three cars in the Pudong New Area on Thursday, police said.

The accident took place on Dongfang Road near Longyang Road at 12:50am.

A 59-year-old man surnamed Wang who was driving a car north hit the railings in the middle of the street and crashed into a car moving in the opposite direction. A third car then collided with the second.

The three drivers and one passenger were injured, police said.

A preliminary investigation showed that Wang was not driving under the influence of alcohol or drugs. Police said he caused the accident by mishandling his car. 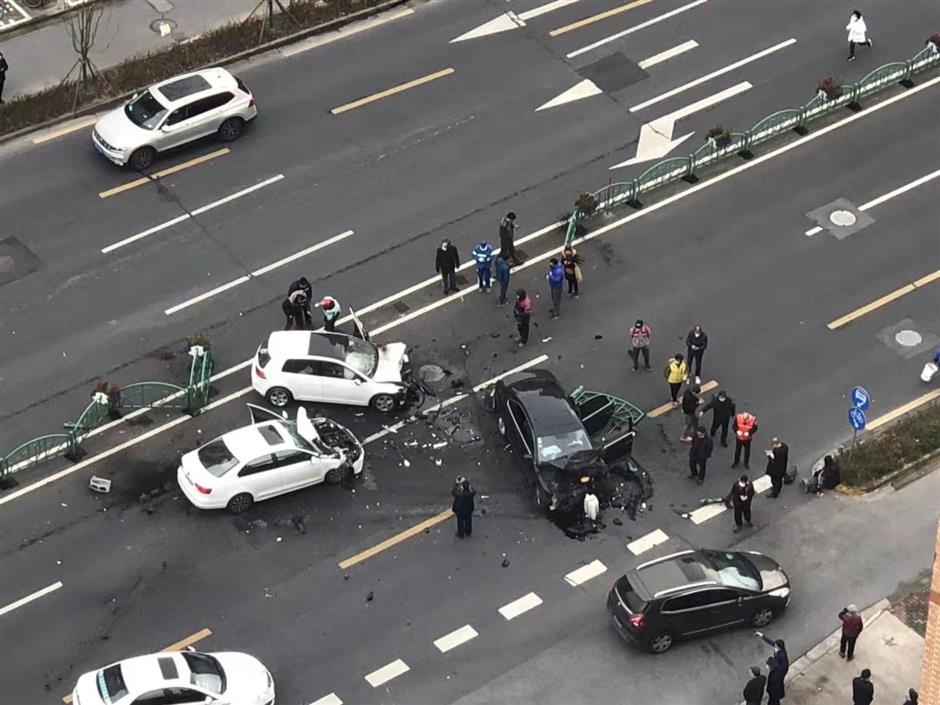 The aftermath of the accident as seen from above.