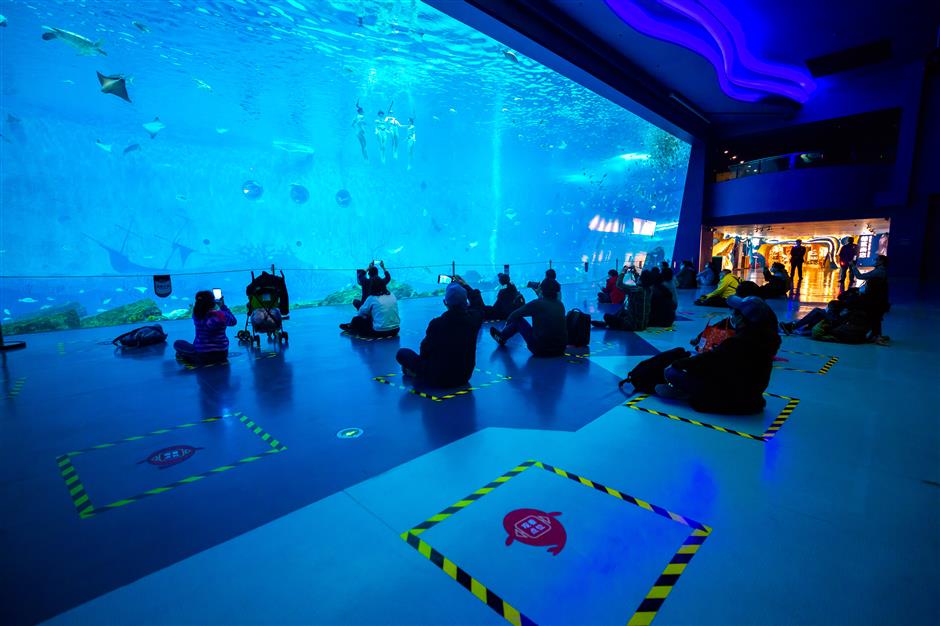 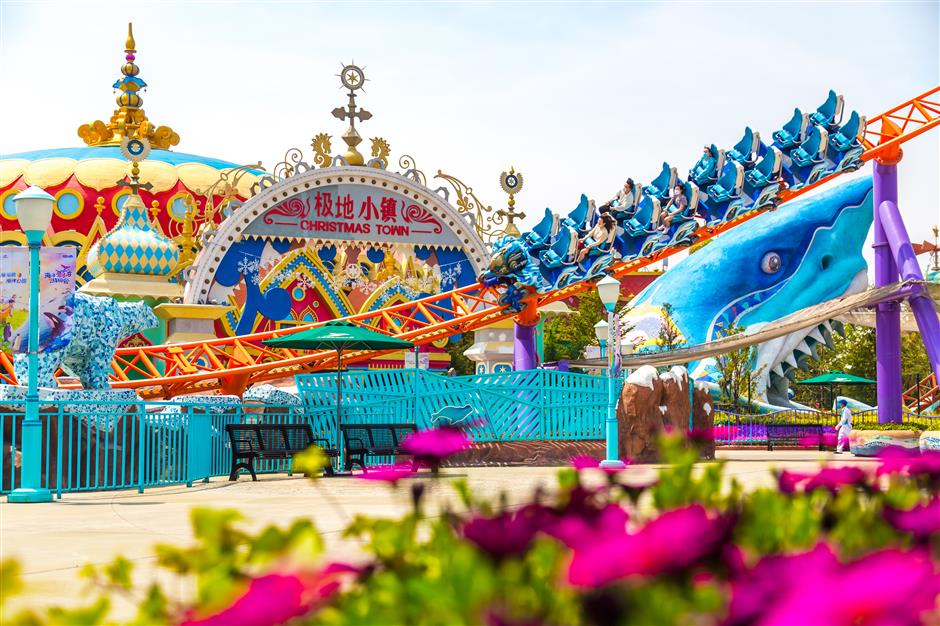 A number of the city’s landmark tourist attractions, including the Shanghai Tower and the Oriental Pearl TV Tower, have reopened to the public, albeit with limited attendance, mandatory reservations and social distancing rules.

On Sunday, the Shanghai Haichang Ocean Park reopened all indoor areas including theaters and viewing areas. Performances have also been resumed.

Shanghai Tower, the world’s second tallest building at a height of 632 meters, reopened its observatory on the 118th floor and its exhibition space on the 125th and 126th floors on May 8. It’s the second time the tower has reopened amid the coronavirus pandemic.

Shanghai Tower closed its doors to visitors on January 24. It first reopened on March 12, limiting daily visitors to no more than 5,000, about half of its maximum capacity. But it closed again on March 30.

When it reopened on May 8, the daily visitors were limited to 3,000, only 30 percent of its maximum capacity. But that wasn't a challenge because as of 5pm on Sunday, it had just sold about 300 tickets, the tower told Shanghai Daily.

Jin Mao Tower, another landmark in the Lujiazui area, also reopened its observatory on the 88th floor on May 8 after its second closure on March 30. Its popular outdoor skywalk, allowing visitors to walk on an open-air glass walkway at the height of 340.6 meters,  reopened earlier on April 22.

The Oriental Pearl TV Tower fully reopened on May 6.

But the Shanghai World Financial Center has remained closed to visitors since January 24. It may reopen its observatory decks on its 97th and 100th floors in the middle of this month, the center told Shanghai Daily.

According to the Shanghai Culture and Tourism Administration, all A-level tourist attractions in the city have been ordered to implement mandatory reservation policies and keep visitors below 30 percent of capacity to control crowds and prevent the spread of the coronavirus.

Visitors to the attractions are still required to wear masks, have their temperatures checked and present health QR code for entry. They are also required to keep at least 1 meter from each other.