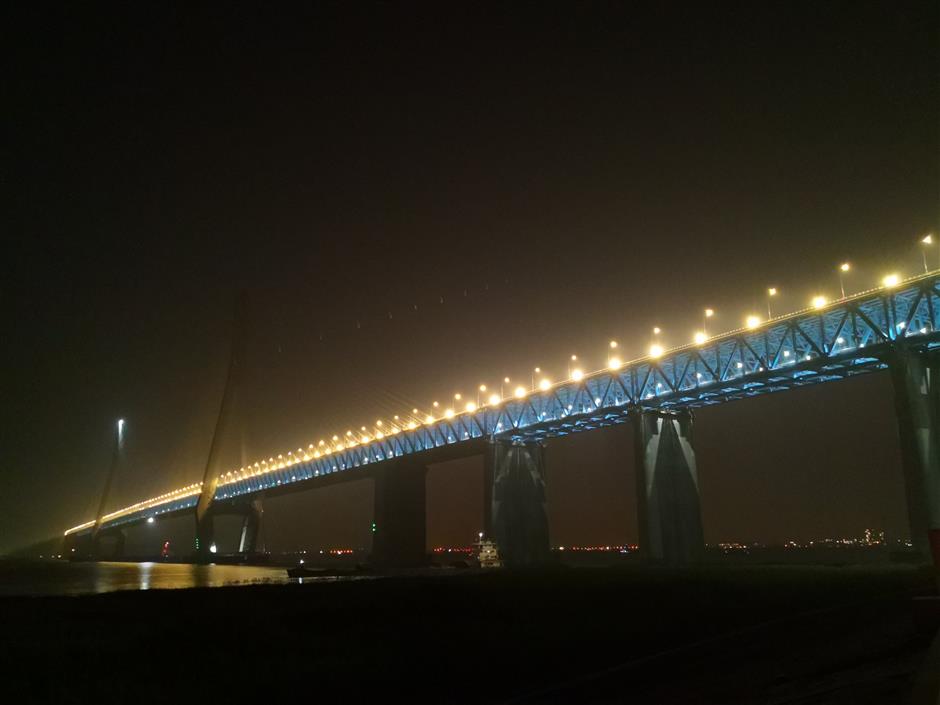 The Hutong Yangtze River Bridge is illuminated on Tuesday night during a loading test. 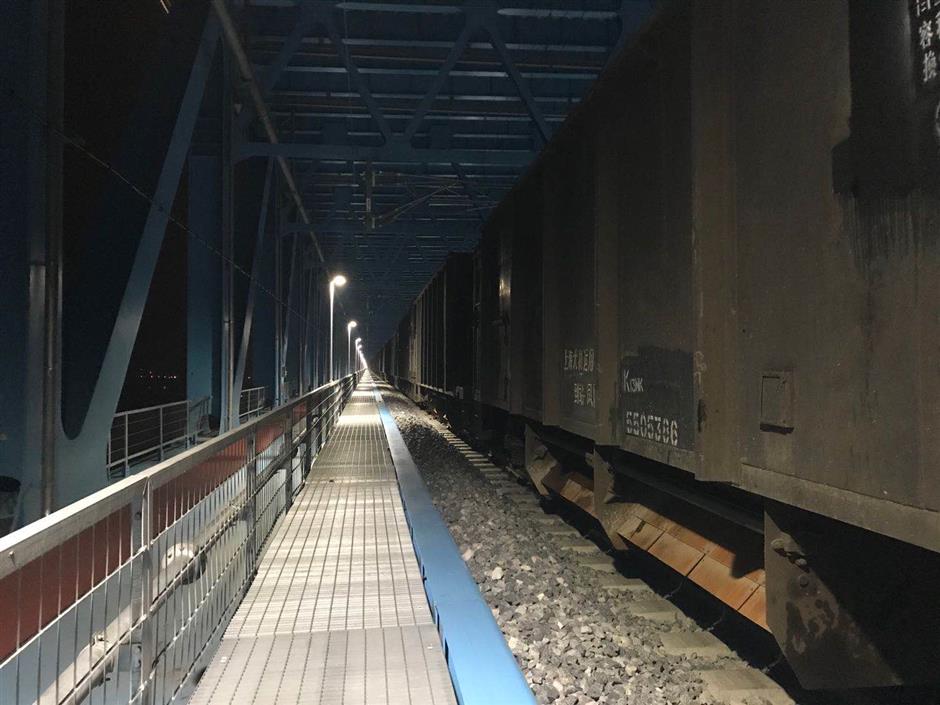 The Hutong Yangtze River Bridge is lit up on Tuesday night during a static load test.

A static load test has begun on the Hutong Yangtze River Bridge in the countdown to the operation of the Nantong-Shanghai railway, China Railway Shanghai Group announced on Wednesday.

The highway and railway bridge is 11,000 meters long and 480,000 tons of steel have been used in its construction.

The test that began on Tuesday night will last three days. Two heavily loaded trains ran onto the bridge on Tuesday night and 498 spots will be checked for cable tension and displacement under different loads, the group said.

The Nantong-Shanghai railway is expected to start trial operations in early June.

The first phase of the project is the Zhaodian-Huangdu section, stretching 137.5 kilometers over nine stations.

It starts in Nantong in neighboring Jiangsu Province, and ends in Shanghai’s Jiading District.

The route will improve the rail network of the Yangtze River Delta region and the regional transport system, and is of major significance to promote integration of the delta region, the group said.