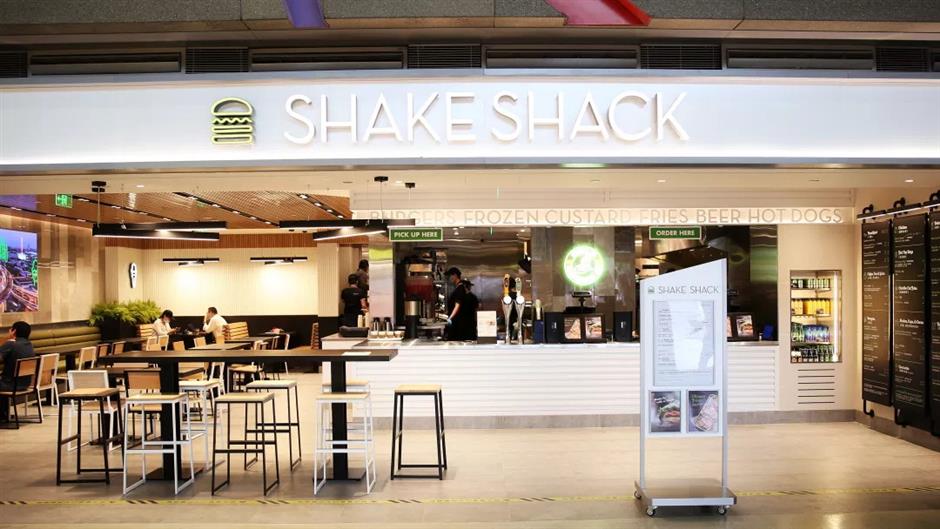 The burger brand opened for business at the airport’s T2 terminal on Thursday.

Apart from its classic ShackBurger, the outlet sells cheeseburgers with pork and egg, juice, coffee and other breakfast choices to cater to business travelers.

The outlet is decorated with elements of the city's landmark Yuyuan Garden and air travel.

Karina Lai, a retail management official at the airport, said the opening showed the airports ambition to restore business vitality and bring back customers to stores in the terminal buildings. They had been hit by the cancellation of flights due to the coronavirus pandemic.

"Sales at the airport have been gradually restored after the Double Five Shopping Festival," Lai said. "The number of travelers and buyers at the airport is expected to keep rebounding in June and July," she said.

To support Shank Shack, the airport authority is paying the bill for every 55th customer through June 3. The first lucky customer was at the store at 11:46am, 18 minutes after it opened. Jiang Yunqiang, the airport’s general manager congratulate the customer and paid the bill.

Many international brands at the T2 terminal are offering discounts and local brands are also promoting products and food. 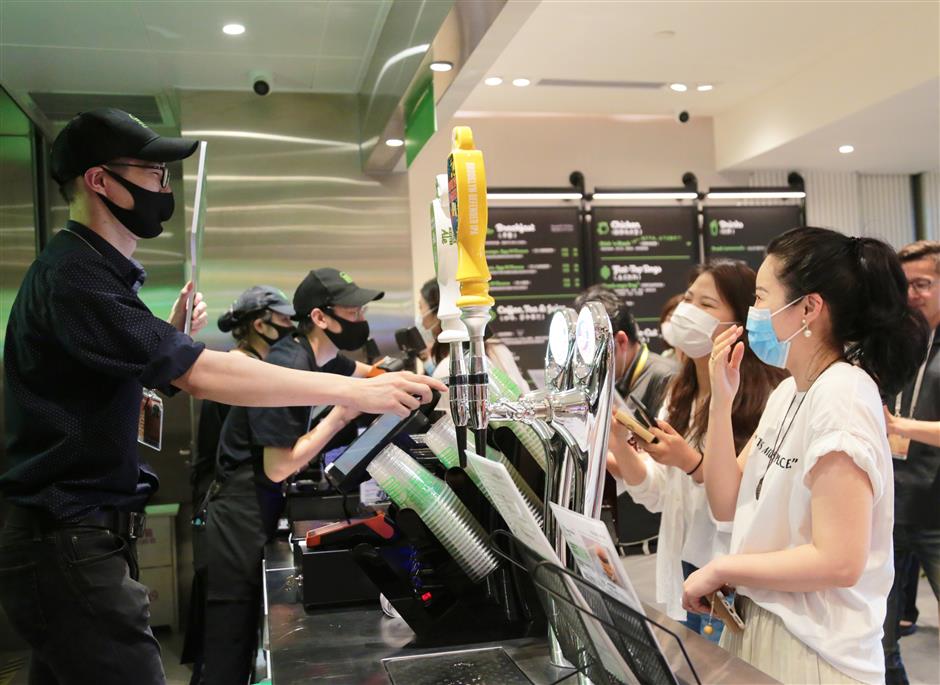 Customers line up at the Shake Shack's new outlet at Hongqiao airport. 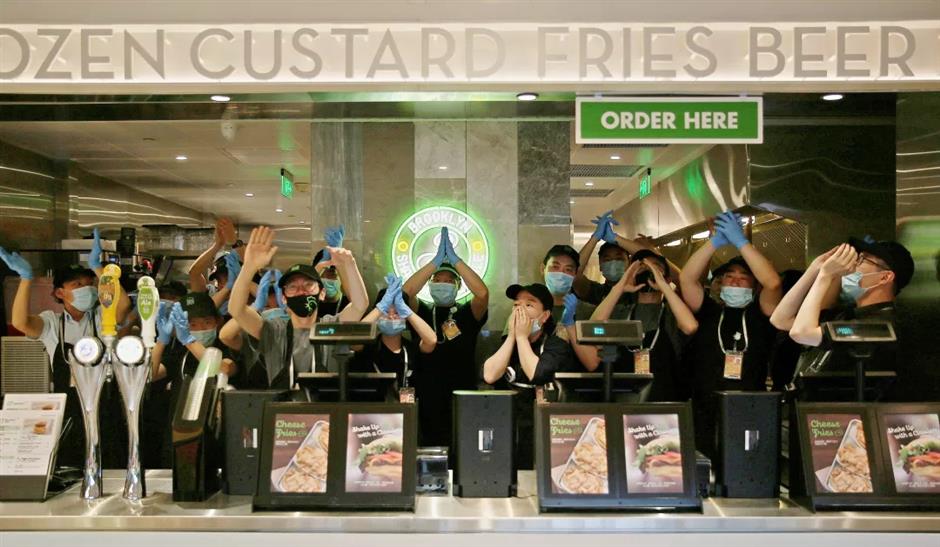 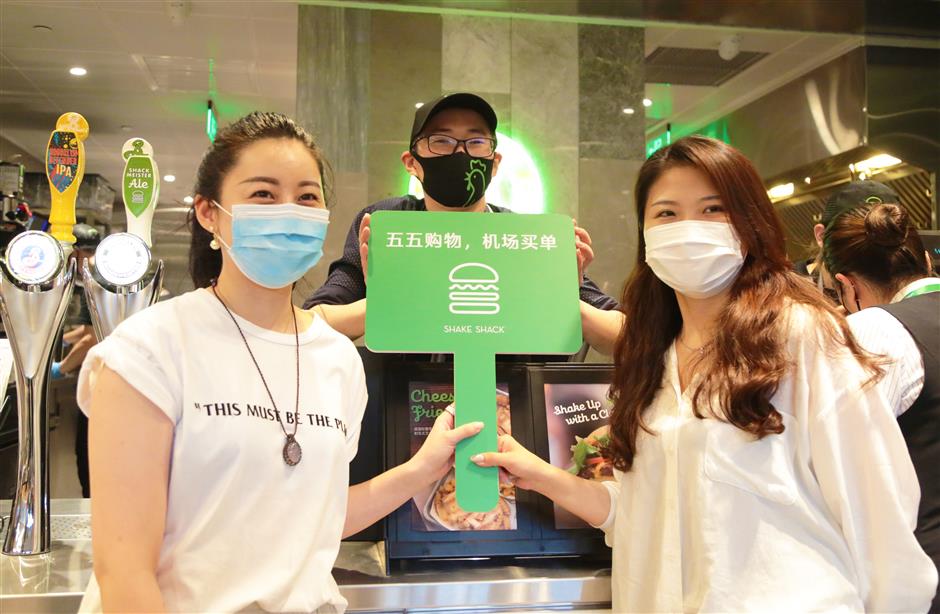 Two customers are chosen to have their bills covered by Hongqiao airport.