A 30-kilogram tumor was surgically removed from the abdomen of a 45-year-old man, local doctors said on Tuesday.

The patient has regained consciousness and been removed from respiratory assistance after the surgery on Monday, according to doctors from Renji Hospital of Shanghai Jiao Tong University School of Medicine.

The man said his stomach had become larger over the past six months but he delayed medical treatment for fear of coronavirus infection. He only went to the hospital in April, when his condition had become severe.

He was refused treatment by many hospitals due to his complicated condition.

Dr Liu Yingbin from Renji received the patient and examinations found that the tumor had expanded throughout his belly, pressing other organs. The tumor was assumed to have originated in the left kidney, said Liu based on his experience as the pre-surgical exam couldn’t uncover the tumor's source conclusively.

Doctors conducted the surgery on Monday with multidisciplinary cooperation to remove the entire tumor without damaging nearby blood vessels and organs.

"People should visit the hospital in time if having symptoms and shouldn't avoid doctors due to overanxiety about current epidemic. Proper personal protective measures and visiting a formal hospital will quarantine effectively for coronavirus prevention," Liu said. 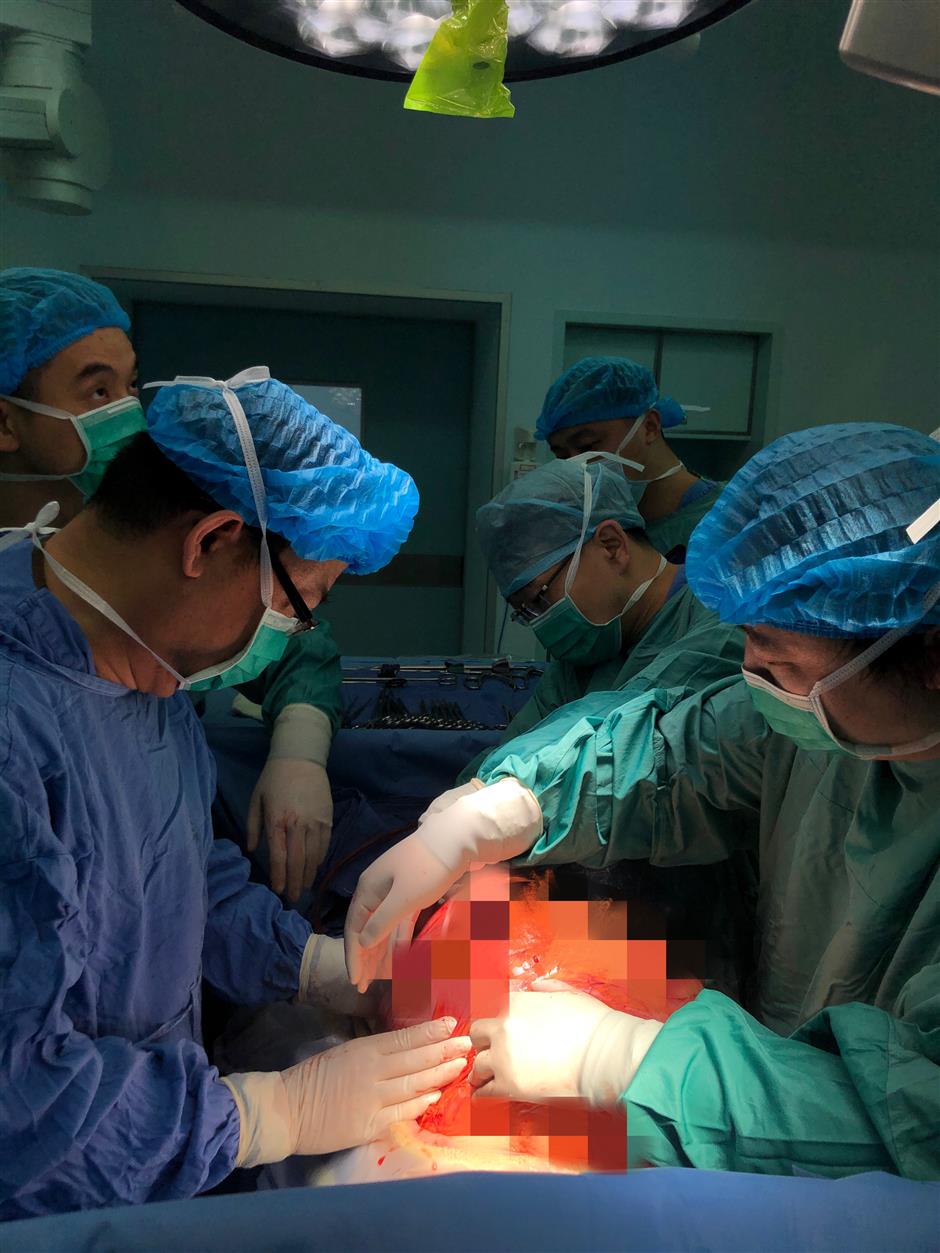 Doctors remove a 30-kilogram tumor from a patient.