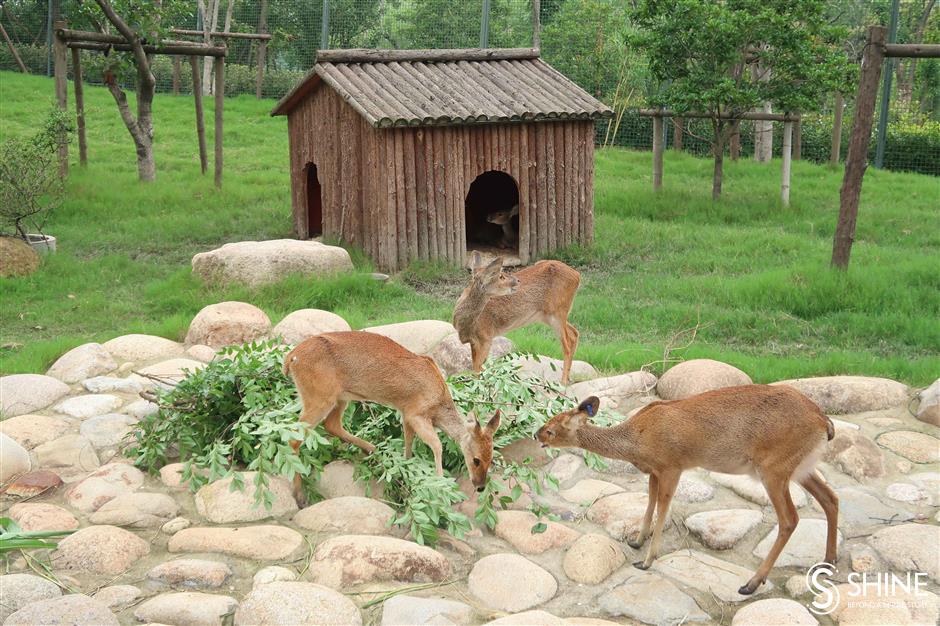 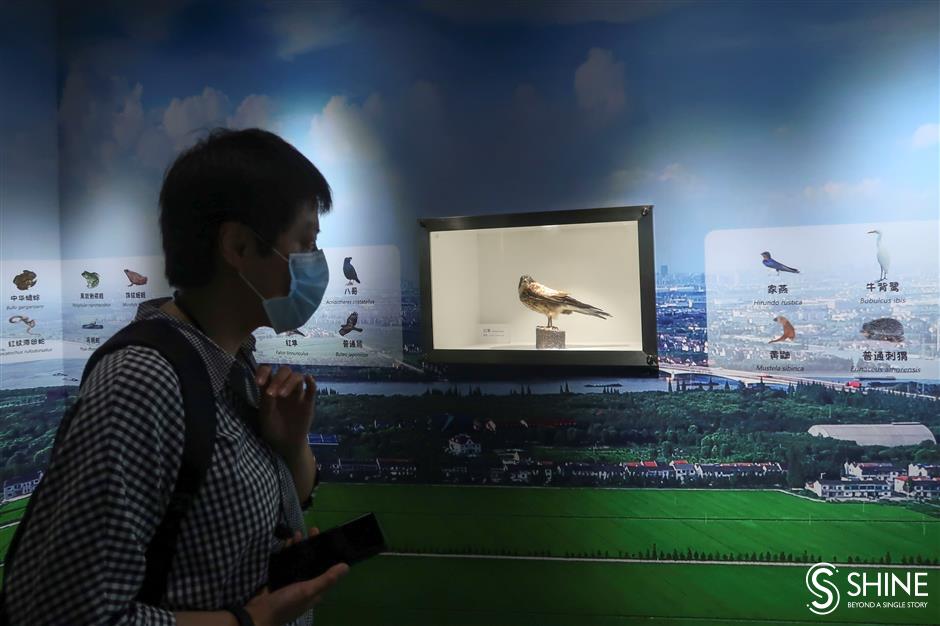 A visitor learns about different species of birds at Shanghai Zoo.

Shanghai Zoo in Changning District has welcomed 13 river deer babies since May, its operator announced on Tuesday as it launched a series of biological diversity activities.

River deer, which favor wetlands, are native to East Asia and are a second-class nationally protected animal in China.

They were seen in Shanghai as early as the Neolithic period. Bones of river deer were found in the Guangfulin ruins in Songjiang District.

In the late 19th century, they were still common in Qingpu and Fengxian districts.

However, changes to the natural environment and human activity made the animal virtually extinct in Shanghai in the 20th century, the zoo said.

The city began to reintroduce the animal in 2006 and their population is growing steadily.