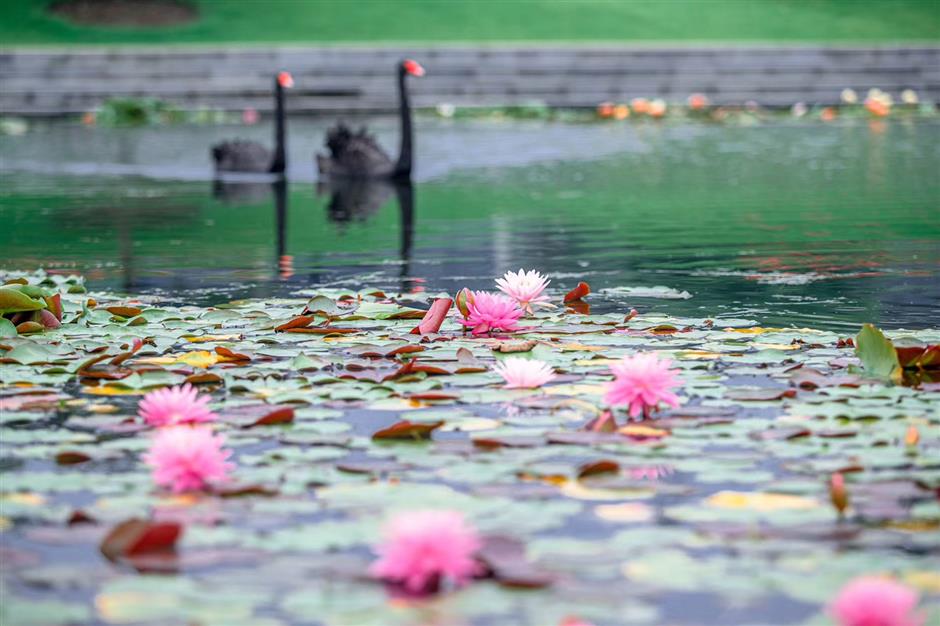 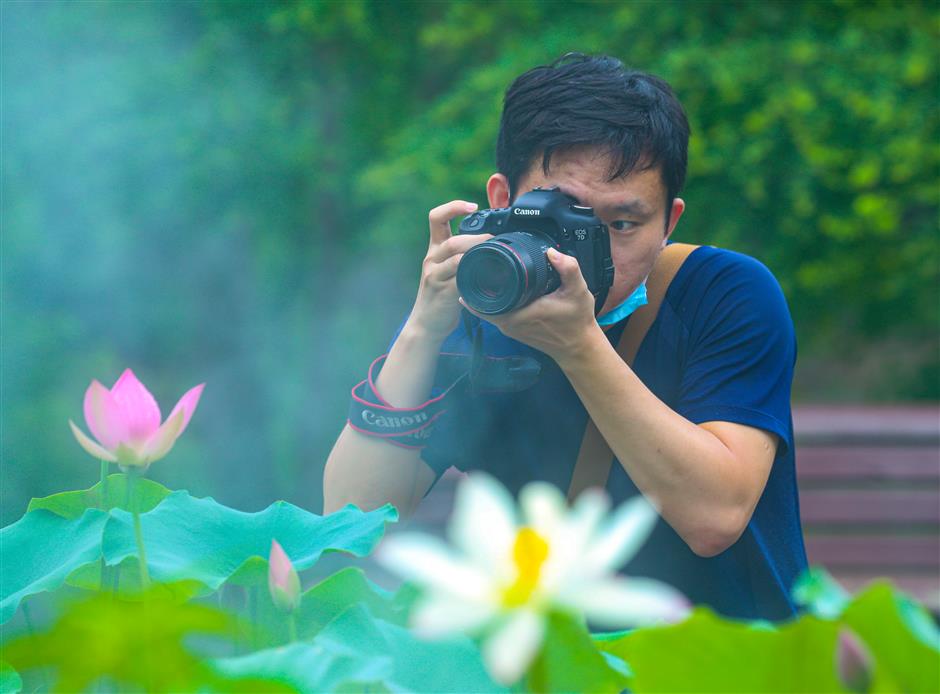 A visitor takes a photo at the Shanghai Botanical Garden.

A total of 150 major tourist attractions in Shanghai recorded 1.29 million visits during the holiday, 46 percent of visitor numbers compared with the same period last year, the Shanghai Administration of Culture and Tourism announced on Saturday.

The Shanghai Science and Technology Museum received 16,200 visitors, 28.4 percent of last year's number, and the number of visitors was 15,700 for Zhujiajiao watertown, or 15.6 percent, according to the administration.

The Chenshan Botanical Garden had 8,700 visitors, or 46.5 percent of last year's number.

Venues are subject to strict disinfection.

"Cloud activities" hosted by cultural and tourism venues in the city during the holiday recorded 2.15 million viewings.