Tickets selling out for trains to Nantong 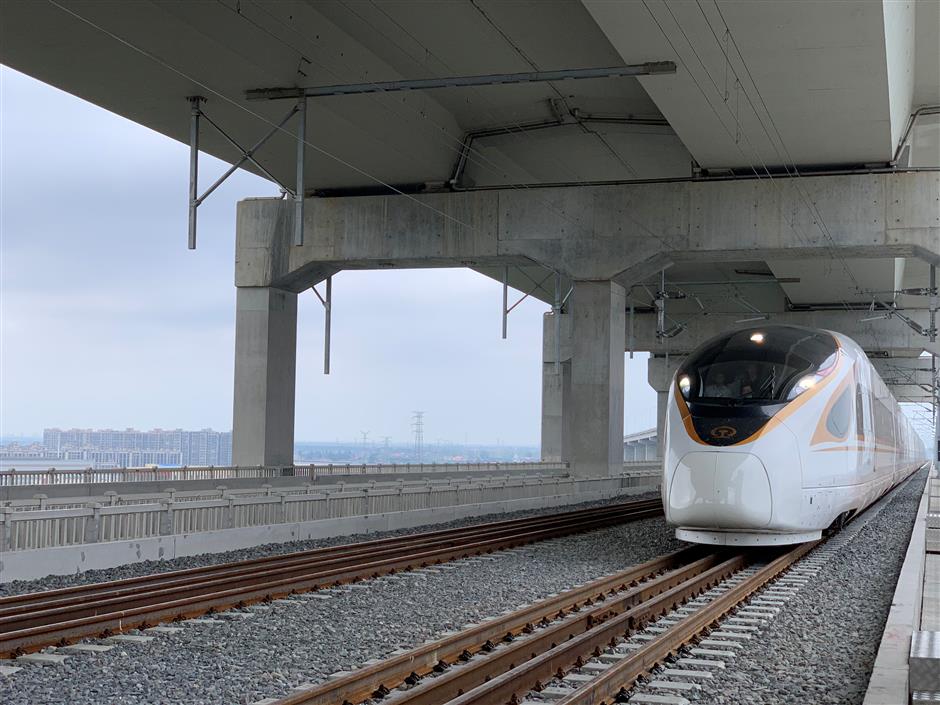 A train runs on the Shanghai-Suzhou-Nantong rail line.

Anting West Station will go into operation from Wednesday.

Business and economy tickets on several trains from Shanghai to Nantong on Wednesday had sold out by 4pm on Tuesday after being on sale at 11am.

The first phase of the Shanghai-Suzhou-Nantong railway will cut the travel time between Shanghai and Nantong in neighboring Jiangsu Province to around an hour and six minutes from the current three and a half hours, China Railway Shanghai Group announced.

There will be up to 44 round trips a day, the group said.

Business and economy tickets for trains to Nantong leaving Shanghai Railway Station at 11:28am and 1:37pm; 1:03pm, 2:35pm and 9:54pm from Shanghai Hongqiao Railway Station, sold out on 12306, the country's online railway ticket-booking platform.

The first phase of the project is the Zhaodian-Huangdu section, stretching 143 kilometers. It starts in Nantong and ends in Shanghai's Jiading District.