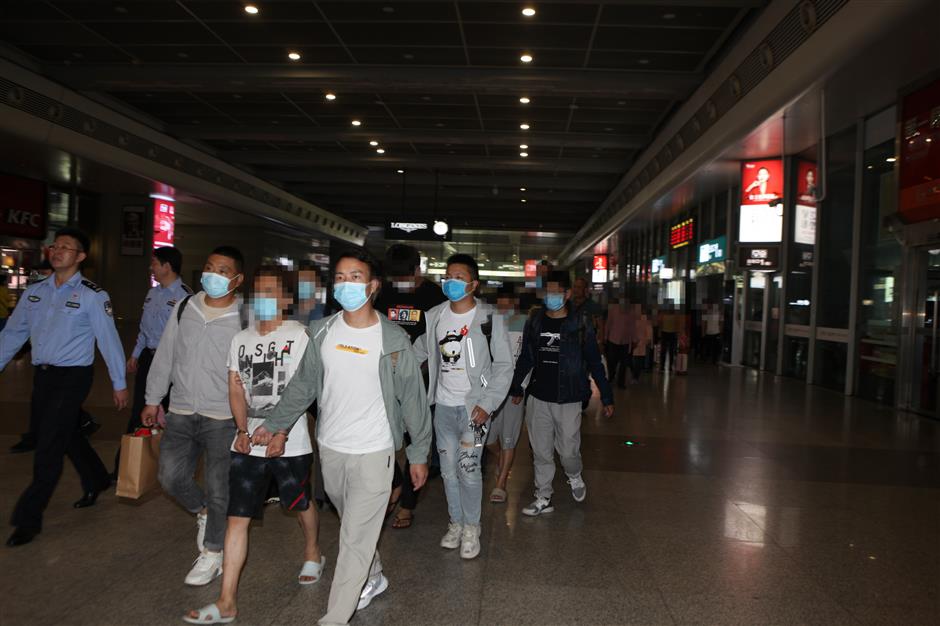 A group of suspects is escorted by authorities to Shanghai.

A total of 71 suspects have been caught for allegedly defrauding insurance companies, Shanghai police said on Wednesday.

A group of suspects allegedly found employment in these companies, while other suspects acted as customers to purchase expensive insurance plans, only to lay false claims later, according to police.

In this case, two insurers were defrauded over 16 million yuan (US$2.3 million), authorities claim.

Police say this is the first case of its kind ever busted in Shanghai.

Police in the Pudong New Area received a report from an insurance company in Waigaoqiao area earlier this year that some clients who had purchased premium plans laid malicious complaints to receive hefty pay-outs.

Police said the gang has been growing in size and honing their scheme since 2014. The suspects working as insurance agents also received bonuses for selling expensive plans to their accomplices.

The suspects who purchased the expensive insurance plans were actually people of low income, and they filed complaints not through the insurers but by seeking redress from the insurance regulatory commission so as to pressure the companies into making quick pay-outs, police said.

The suspects were caught in Sichuan, Jiangsu, Zhejiang and Anhui provinces, and 54 of them have been arrested.