Doctors to aid of woman who suffered epileptic seizure on train

Two doctors from a local hospital helped a woman who suffered an epileptic seizure on a train from Anhui Province to Shanghai on Sunday.

The woman lost consciousness at noon, and doctors from Shanghai Deji Hospital rushed to help.

Dr Gong Deshan and Dr Wang Man, who are both experts on epilepsy, directed train staff to move the woman to the corridor and place her on her side so she could breathe. The woman began to ease seizure and regain consciousness.

The two doctors also accompanied the woman after the train arrived at the Hongqiao Railway Station until her husband and ambulance arrived.

“It is such a coincidence that our experts were on the same train with the patient," said Guo Hui, president of Deji, a hospital focusing on neurology. "They went to Anhui to set up cooperation with a local hospital and help build it into a leading epilepsy center in the province.”

According to Dr Gong Deshan, people with epilepsy can have a seizure any time and anywhere. Their family, friends and even the public should have basic first-aid knowledge and provide help.

“People can place the patient on their side on the ground and loosen their collar or tie to help the patient breathe freely,” Gong said. “If the patient has a strong seizure, they should remove surrounding items to avoid injury and call an ambulance.” 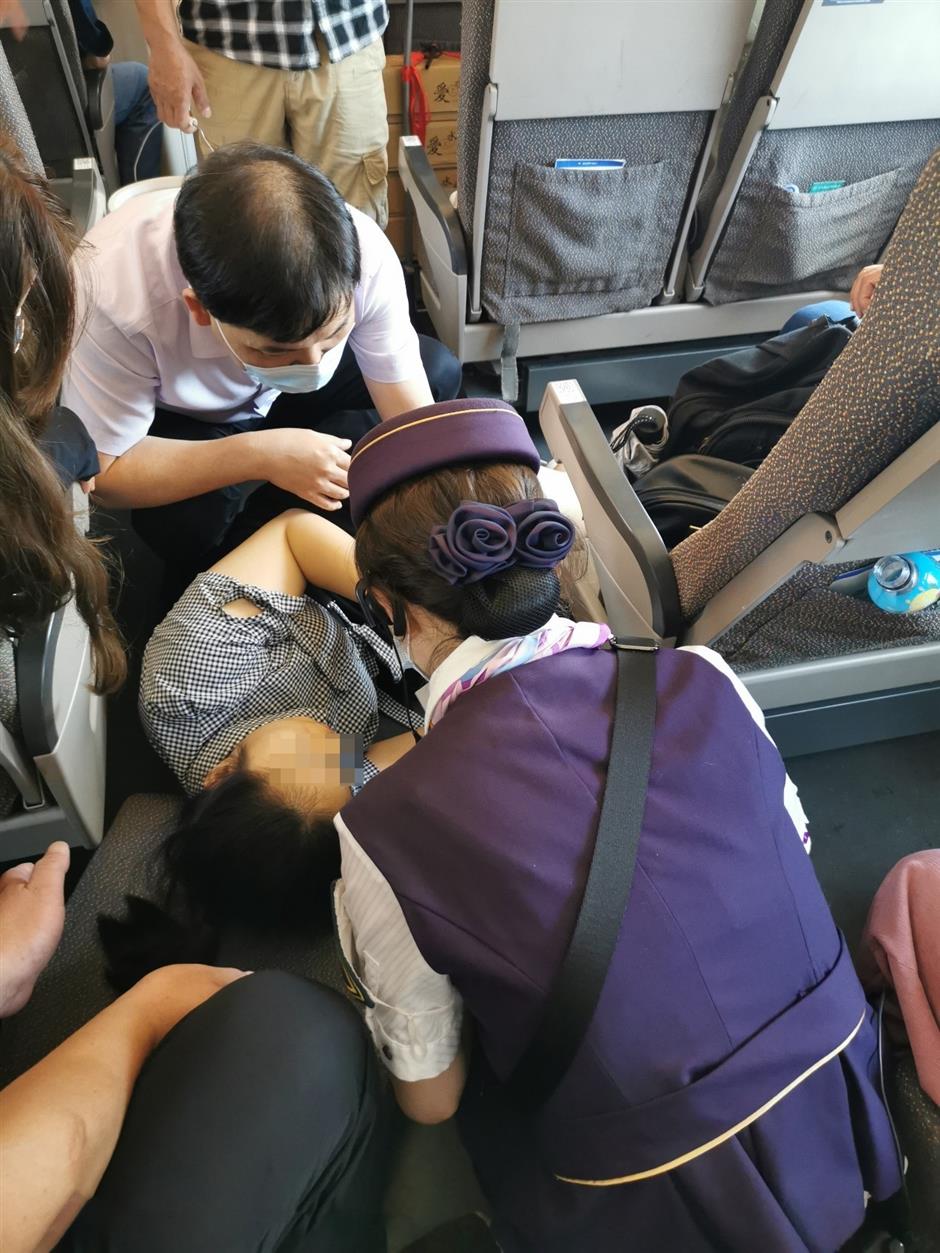