Resumption of tourism is on the right track 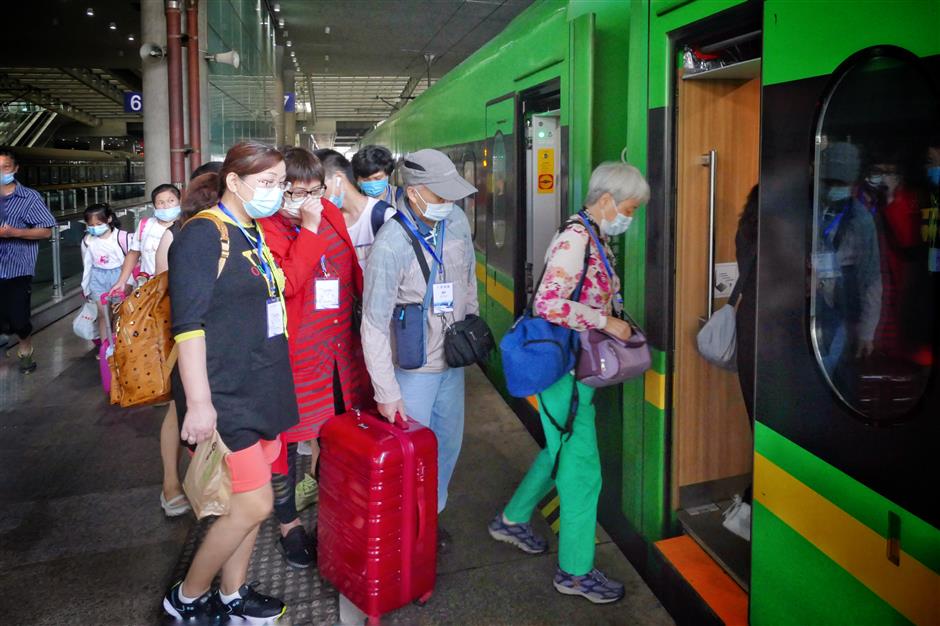 Tourists board the D771 over the weekend. 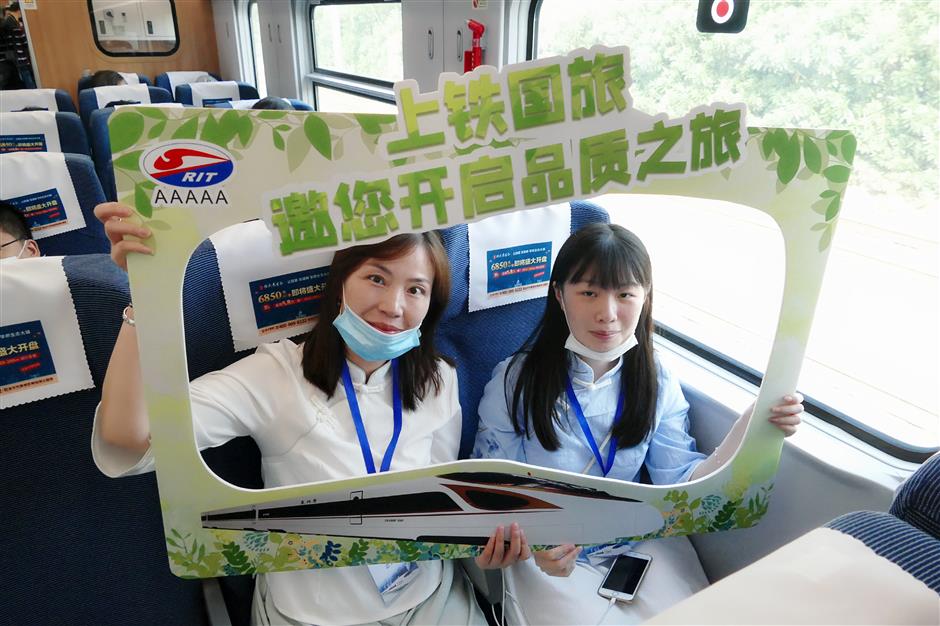 Two tourists are in the frame.

It was the first cross-province tourism train service in the nation after inter-provincial group tours halted by the novel coronavirus outbreak resumed on July 14.

The tour took passengers to the Zhuge Bagua Village to experience the magic of bagua, or Eight Diagrams (a symmetry and conservation theory in Taoism), and to appreciate the beauty of Zhiyan Ancient Village in Lanxi.

All of the 200 slots for the trip were sold out immediately after launch, the group said.

"I was concerned about stepping out for travel for a long time after the coronavirus epidemic wanes in China, but the green light from authorities gives me confidence to walk out and appreciate the beauty of the nation again," said a tourist surnamed Sun.

All passengers had their temperature measured and health QR code checked before participation. They also had to wear masks and use one set of chopsticks to take food from communal dishes.

Signs of tourism recovery has been witnessed after the resumption of cross-province group tours.

The average occupancy rate of hotels of Huazhu Group, one of China's biggest multi-brand hotel chain management groups, has hit 80 percent since the resumption, and it was over 85 percent in tourist destinations like Hangzhou, Xi'an, Shanghai and Chengdu, the group said.  Most are guests making short-distance trips from neighboring cities.

The combined effect of summer vacation tourism and the resumption of cross-province group tours has significantly boosted occupancy rate, the group said.

Some hotels near popular tourist attractions such as Wuzhen Water Town, Shanghai Disney Resort and Chimelong Tourist Resort are fully reserved, and there is a big increase of orders from families with children recently, Huazhu said.

Shanghai-based online travel operator Trip.com said the number of bookings from tourists in other cities of the nation to Shanghai surged over 50 percent in one week after the resumption, and the enthusiasm of Shanghai tourists to travel outside the city was also ignited.

Sanya, Zhoushan, Kunming, Chengdu, Guiyang and Lijiang are some of the most popular destinations among Shanghai travelers, it said.