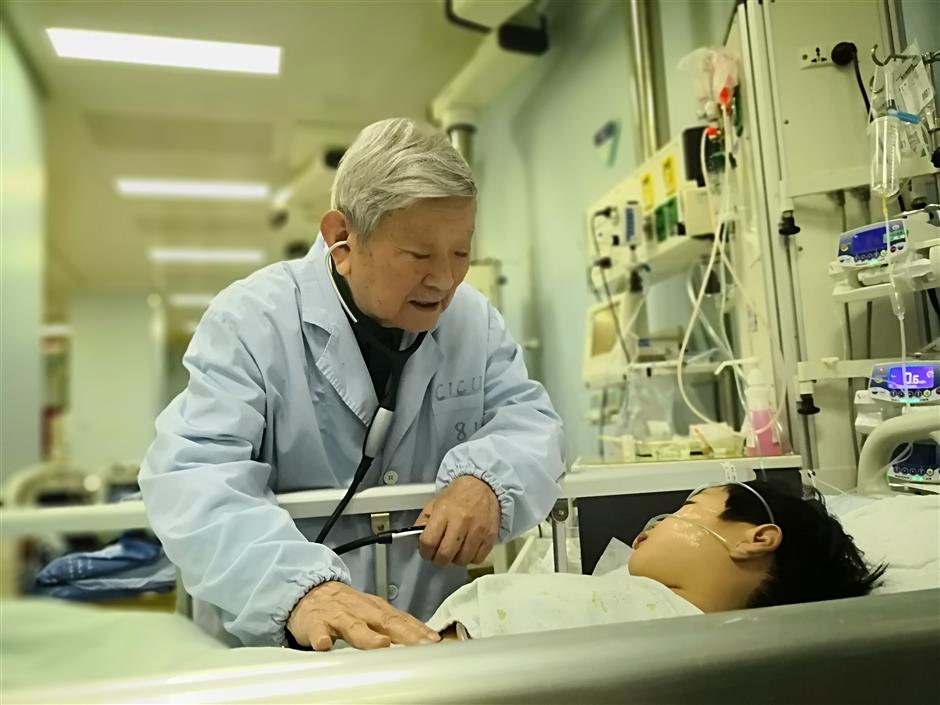 Dr Ding Wenxiang from Shanghai Children's Medical Center, a pioneer of pediatric cardiothoracic surgery in China, was named one of the country's "most beautiful doctors" on Wednesday, which also marked China’s Medical Workers’ Day.

Ding was the only doctor from Shanghai to win the title this year.

Ding, 92, established pediatric cardiothoracic surgery as a medical discipline in China about six decades ago.

Congenital heart disease is a leading cause of death among Chinese infants. It affected over half of infants in the intensive care unit of Shanghai’s Xinhua Hospital, where Ding worked in the early 1960s. Ding began to focus on cardiothoracic surgery early in his career in order to save more young patients.

“There were no medical books, no leading equipment and no guidance from the international medical community. So we had to look for solutions by ourselves,” he said. “Having no equipment, we designed and created appliances with local manufacturers by ourselves.”

Ding modified some surgical devices for adults for use in children’s congenital heart surgery. He reproduced surgical appliances he saw in foreign hospitals to make them more applicable for pediatric surgery.

“Children’s small hearts contain my big wish, which is to save and help these children,” Ding said. “When parents bring their recovered children to visit me and express their gratitude, I feel so happy. Some children who received my surgery have grown up and have their own kids. They bring their babies to visit me and call me 'grandpa Ding.' I am so glad.”

Ding’s students also honored his devotion to Chinese pediatric surgery and the ground he broke for subsequent generations of doctors.

Dr Xu Zhiwei, a top surgeon and one of Ding’s students, said he never forgot that Ding donated his own blood when a child suffered a blood shortage for the surgery.

“It was in 1977. When there wasn’t enough blood for the patient, Ding donated his own blood. All the young doctors were moved,” Xu said. “He is a doctor with such deep care and love to his patients.” 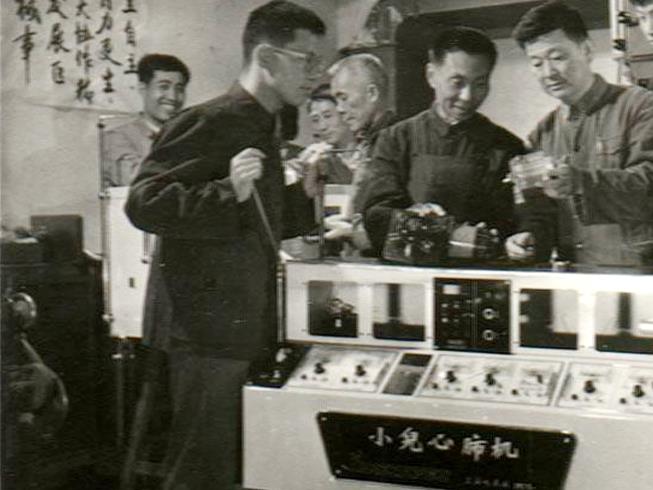 Dr Ding Wenxiang (right) explains a pediatric heart-lung machine, which was designed and developed by himself through cooperation with local engineers in the 1970s. 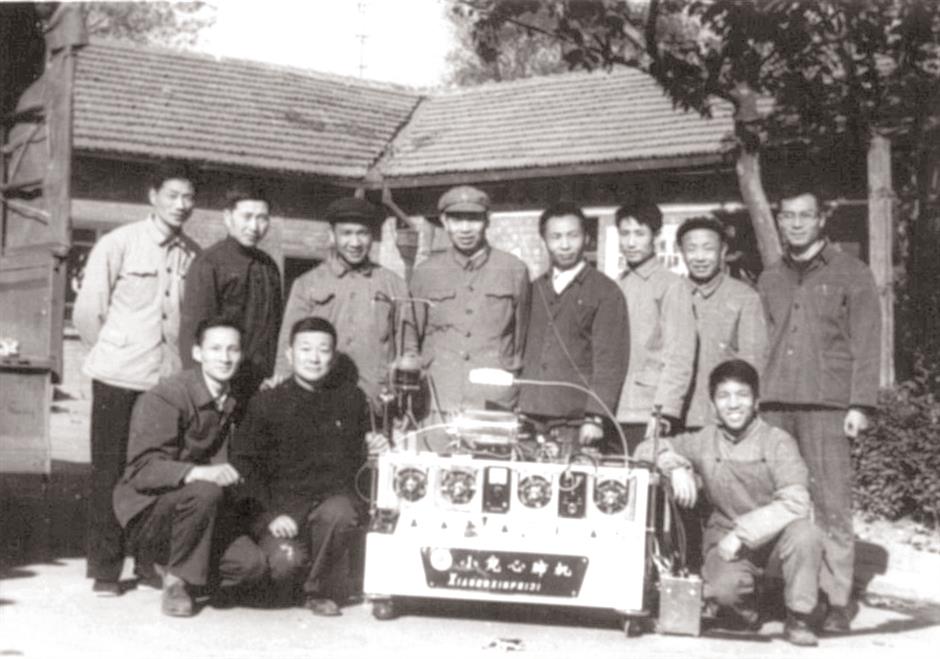