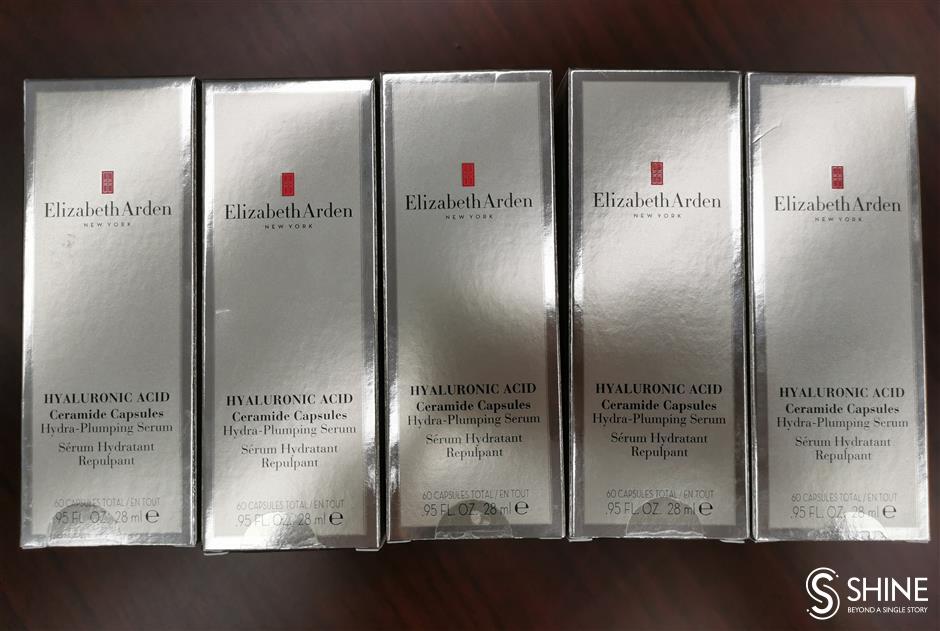 Three suspects have been caught for allegedly stealing Elizabeth Arden cosmetics headed for their global debut in China, Shanghai police said on Thursday.

Police in the Pudong New Area started investigation after the cosmetics company in Shanghai reported to them on June 23 that 744 products, worth over 40,000 yuan (US$5,860), were missing from shipments delivered to them from overseas starting in late May.

The new products that arrived in Pudong on May 25 were to be presented to the public later that month for a global debut event. Yet the same products appeared on Xianyu, a second-hand goods website in China, the next day even before being delivered to the company, police said.

The company said the products being sold online were authentic, and they turned to the police for help after confirming that no products were missing when they were packaged for delivery to China.

Goods imported to Shanghai through the Pudong International Airport are first put into airport warehouses, and then transported by authorized logistics companies to the customs warehouses before clearance and eventual delivered to the receiver.

During their investigation, police identified suspects as three workers at two logistics companies that transported the cosmetics from the airport warehouse to customs authorities.

Surveillance cameras in the airport warehouse caught them taking the products from the delivery package and mixing them with other goods. One of them had reported to his supervisor that a package that contained the cosmetics was broken, police said.

The three suspects eventually confessed their theft to the police.

They allegedly said they stole the products after seeing a hole in one of the packages. One of them said he used some of the products himself, according to the police.

Police said the products allegedly stolen by the three were only a small portion of the total number of products reported to be missing.

Elizabeth Arden Shanghai office said it has found goods delivered through the airport missing or delivery packages broken several times since 2019, but airlines and their freight agents haven't helped.

In a letter addressed to the police on Thursday, the company praised the efficiency of authorities in solving this case and expressed confidence in a better business environment in Shanghai.