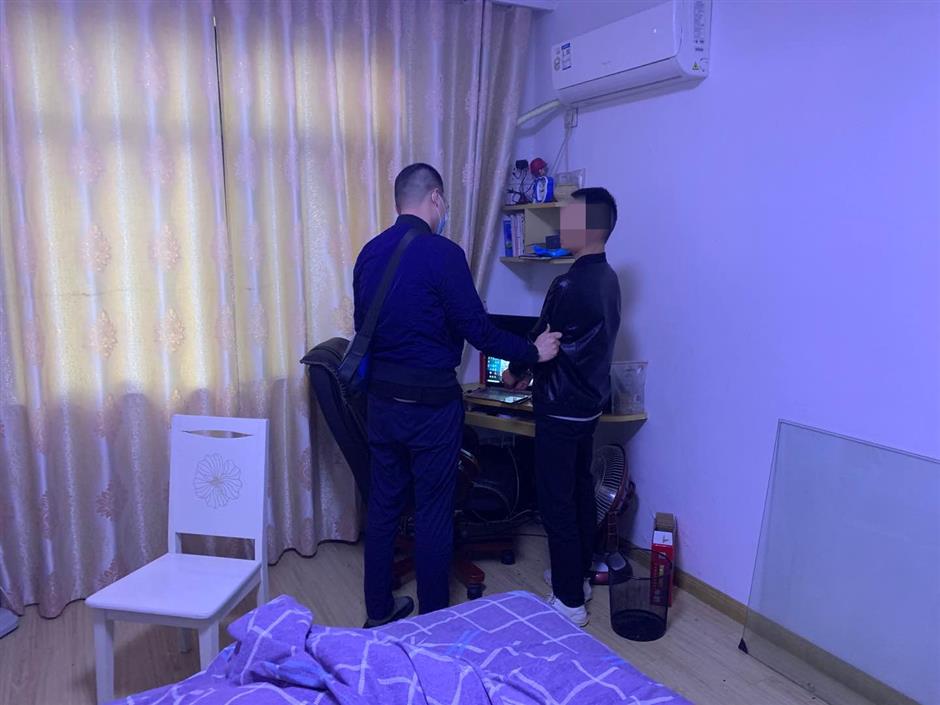 One of the suspects is apprehended by police.

Six suspects have been caught for allegedly running a nude-chat blackmail scheme on the Internet, Shanghai police said on Wednesday.

Police in Songjiang District started investigating the matter in March after receiving a report from one of the victims, a man surnamed Xue.

Xue claims he downloaded an app recommended by a "friend" from the Internet and used it for nude chatting with the person, who then threatened to share Xue's nudes with his phone contacts unless he paid 2,000 yuan.

Police say the number of nude-chat blackmailing cases is on the rise this year. Most of the victims in such cases are men between the ages of 20 to 40 years old, according to authorities.

Police say they’re cracking down on such crimes by blocking accounts of nude-chat suspects, links to advertisements for illegal activities and suspicious apps.

So far this year, Shanghai police said they have solved over 9,600 criminal cases involving the Internet and handed out administrative punishments to 527 Internet businesses. 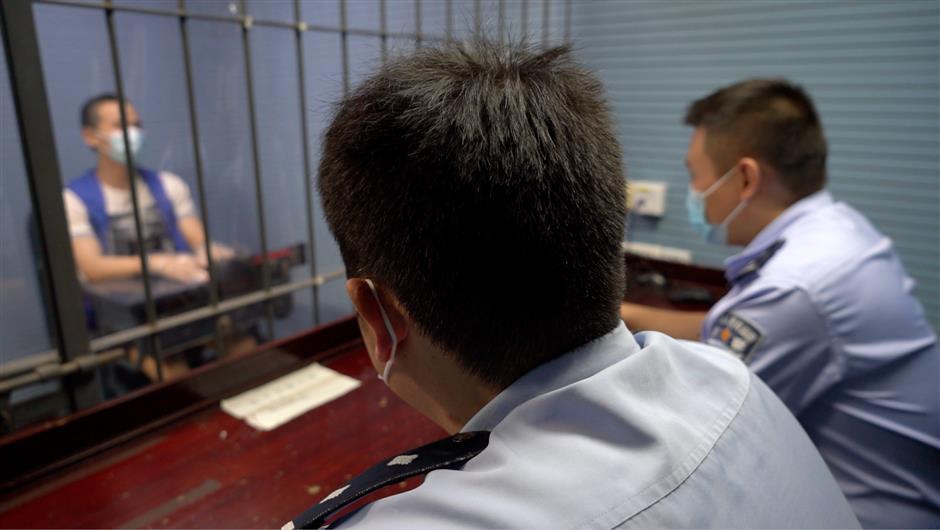 One of the suspects in the blackmail case is questioned by police.