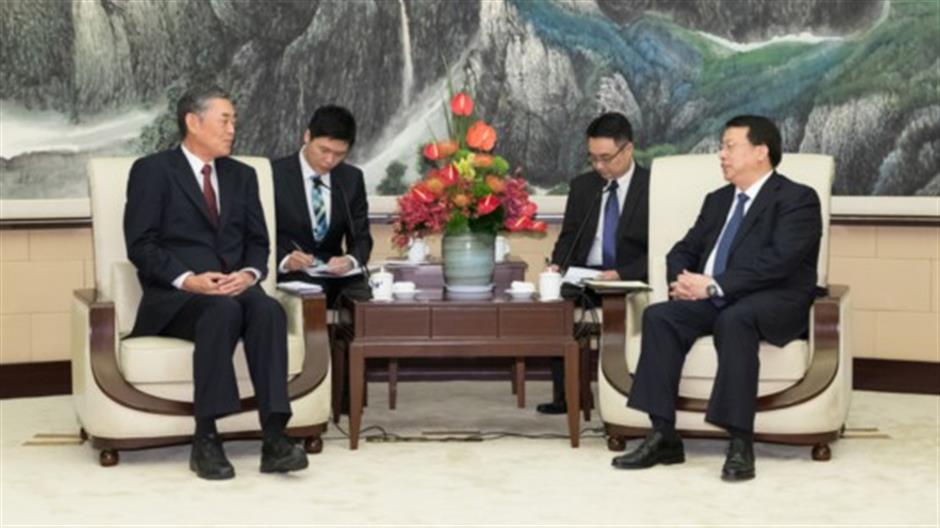 Shanghai Mayor Gong Zheng (right) talks with Yokoi Yutaka, the Japanese Ambassador to China, during a meeting in Shanghai yesterday.

As China’s largest economic center and its window of reforms and opening up, Shanghai is pushing ahead with coronavirus epidemic prevention measures as well as the development of its social economy in full swing, Gong said during the meeting.

“We are willing to strengthen our cooperation and exchanges with Japan, and welcome enterprises from all over the world, including Japan, to invest in Shanghai, and we welcome Japanese companies to join the upcoming China International Import Expo to share development opportunities,” the mayor added.

Japan and China, including Shanghai, have close economic and trade relationship, and Japanese enterprises are confident about their development in China, Yokoi replied.

“We will continue to push forward exchanges between Japan and China, including Shanghai, in all fields and encourage Japanese enterprises to join the 3rd China International Import Expo,” he said.