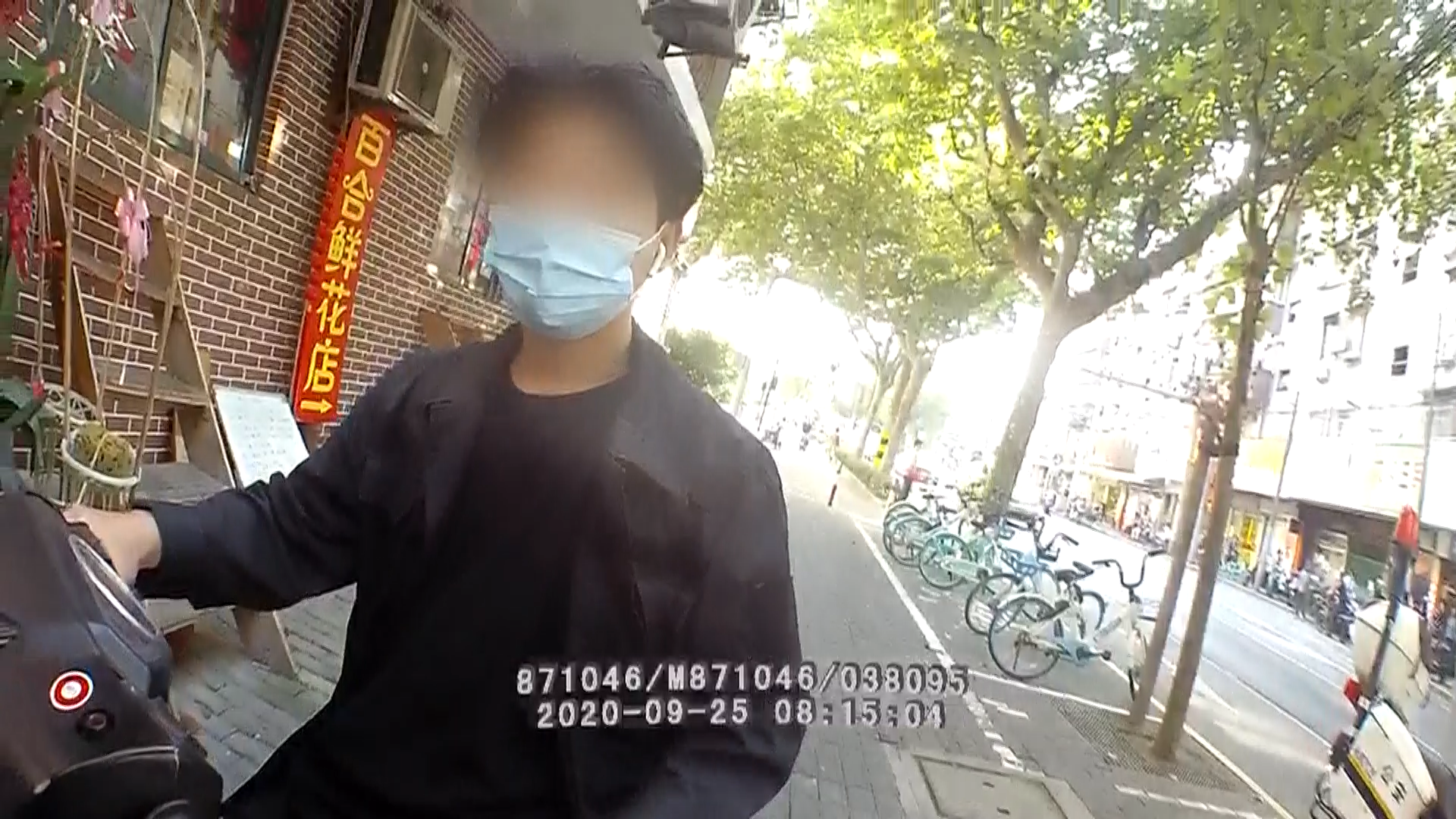 A motorcyclist stopped for traffic offenses pretended to be a foreigner, police said on Sunday.

The man surnamed Wang was illegally riding his motorcycle on a sidewalk without a helmet along Pingliang Road in Yangpu District on September 25 when he was halted by a police officer.

Wang produced a card in the Korean language, and when asked if he understood Chinese, said "a little bit."

He then claimed to be working for the South Korean consulate in Shanghai, which aroused suspicion.

After further questioning, Wang admitted that he was a Chinese national from Taizhou city in Zhejiang Province.

He allegedly said he had a Korean driving license with him because he works as a food deliveryman and feared that if caught riding a motorcycle with no license and plate it would be confiscated.

Wang was not working and not wearing a uniform at the time.