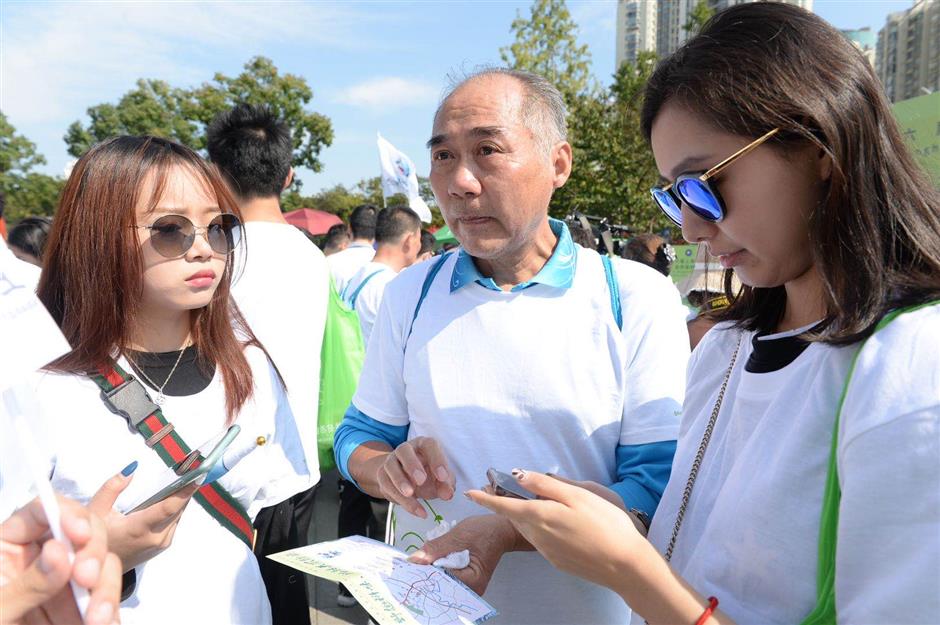 Participants check locations on a map. 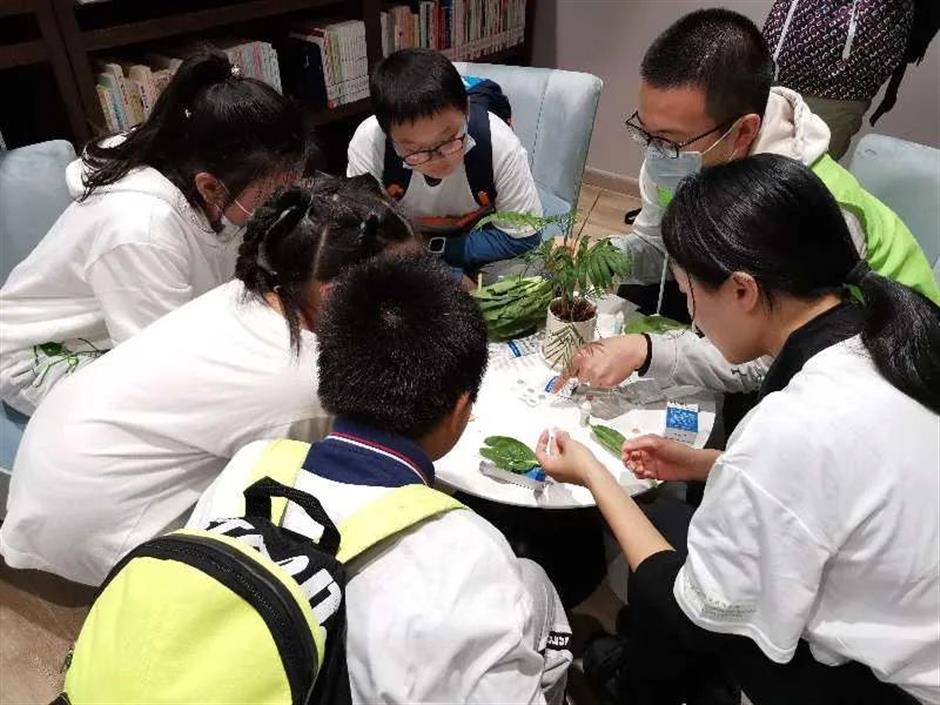 Some 150 city residents participated in an orienteering style event over the weekend as part of the 6th Shanghai International Nature Conservation Festival which aims to raise awareness of the environment and wildlife protection.

They used public transport such as the Metro and shared bikes during the journey to promote the use of green transportation.

"I have a new understanding of the protection of wildlife and plants thanks to the event and realize the urgency of environmental protection," said a participant surnamed Zhang, a white-collar worker in the city. "I will promote ecological protection to friends and family members."

The event aims to enable residents to walk out of their homes and get close to nature, pay attention to the city's ecological system, experience the charm of traditional culture, form the habit of low-carbon transportation and protect wildlife, its organizer said.

The Shanghai International Nature Conservation Festival opened in late August. More activities will be held with details available on its WeChat account.