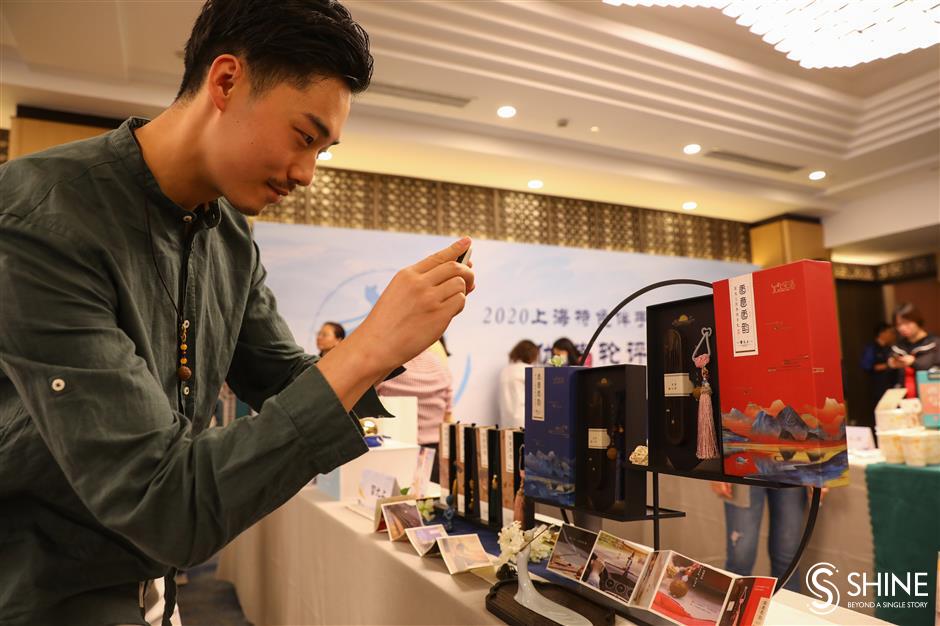 A man takes photos of some of the souvenirs on display. 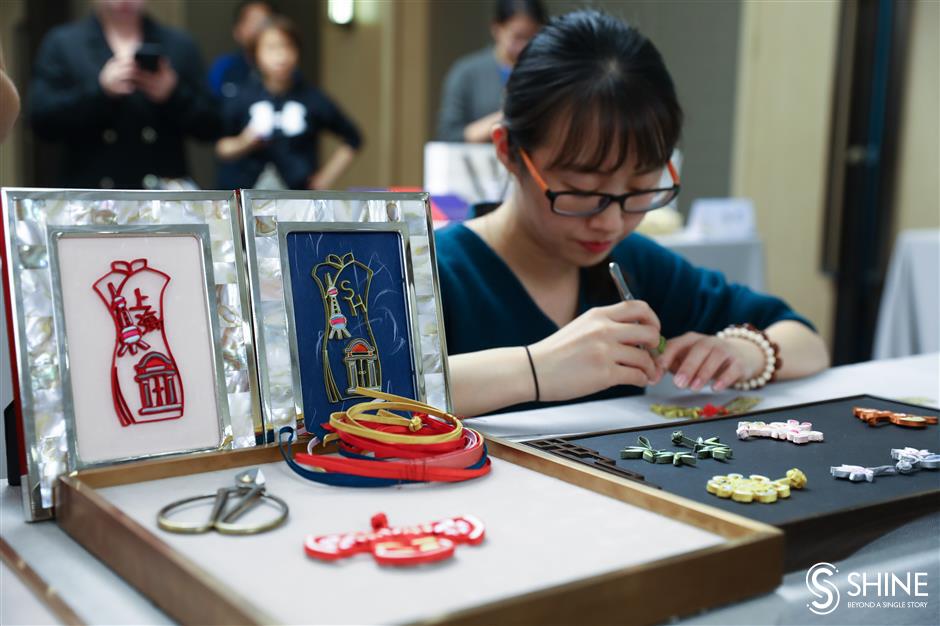 A woman displays her skills in making pankou (frog fasteners) during Friday's event. 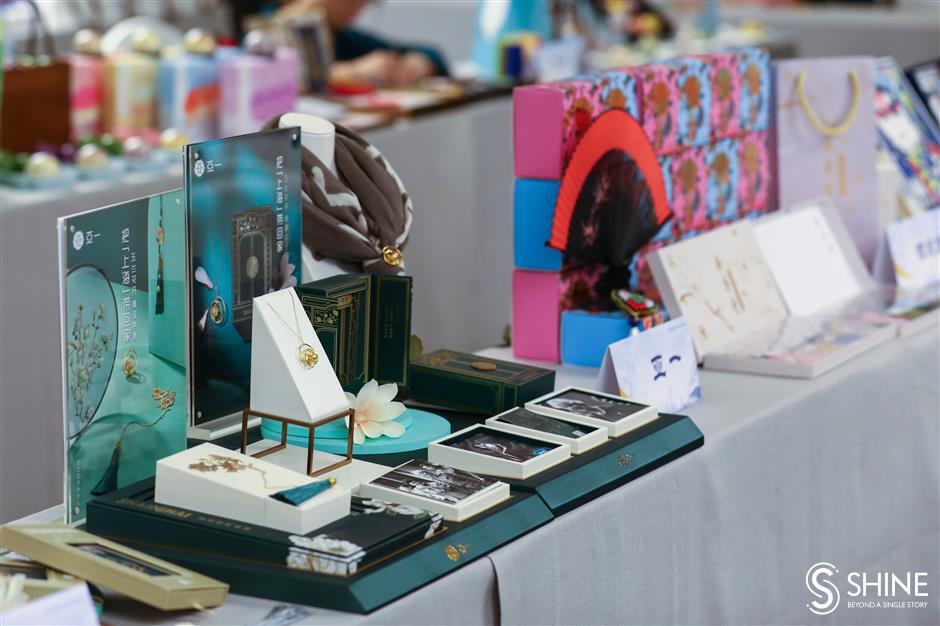 Jewelry featured among the chosen souvenirs.

Thirty souvenirs have been chosen as Shanghai's specialty products of 2020 with the results announced on Friday night after a public vote and evaluation by experts.

They were selected from 258 products by 140 companies. Sixty souvenirs were included in the final round after an initial assessment by experts and public vote based on their quality, culture and regional features.

The event, in its third year, was organized by the Shanghai Consumer Council.

Shanghai landmarks feature on some of the souvenirs. 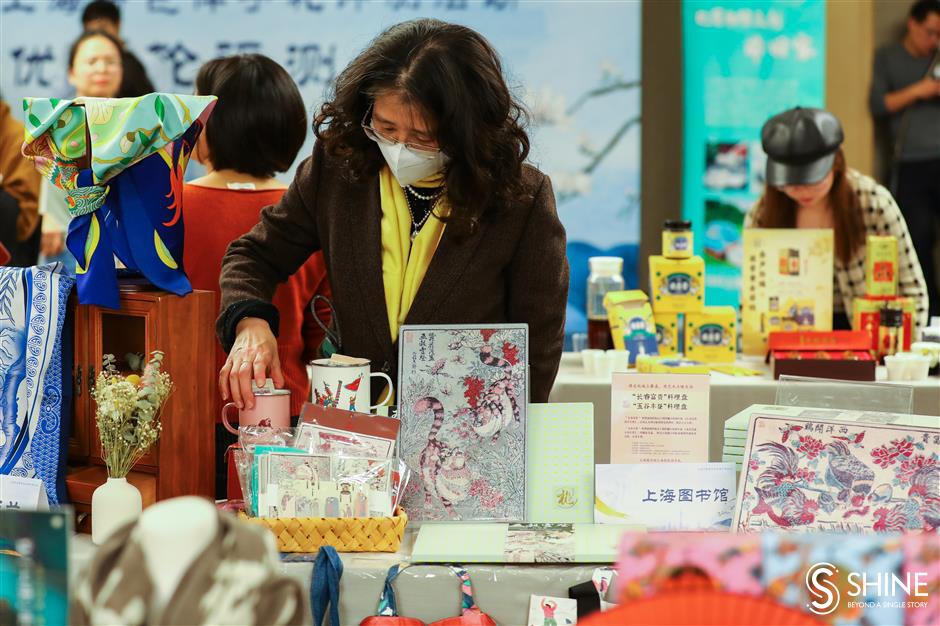 A woman checks some of the winning Shanghai souvenirs.

The number of applicants surged by over 40 percent, and consumer interest was also much higher than previously, showing the vitality of the consumption market, the council said.

"The innovation power of Shanghai companies is also enhancing as shown in the event with more than 80 percent of entries just hitting the market this year," said Tao Ailian, secretary-general of the council.

"These winning entries have a combined approach of traditional culture and fashionable features," said Tao. "The event aims to bridge a platform for local companies to keep designing and launching new products."

The categories of souvenirs are more diversified as the percentage of food decreased to 40 percent this year from 50 percent in 2019 and 70 percent in 2018, the council said. 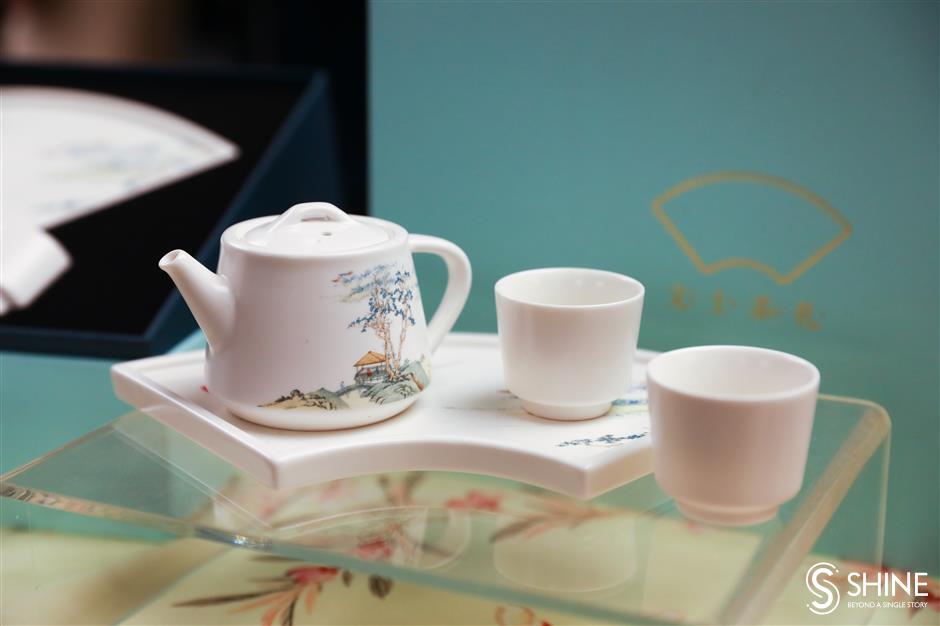 A tea set is among the winning souvenirs. 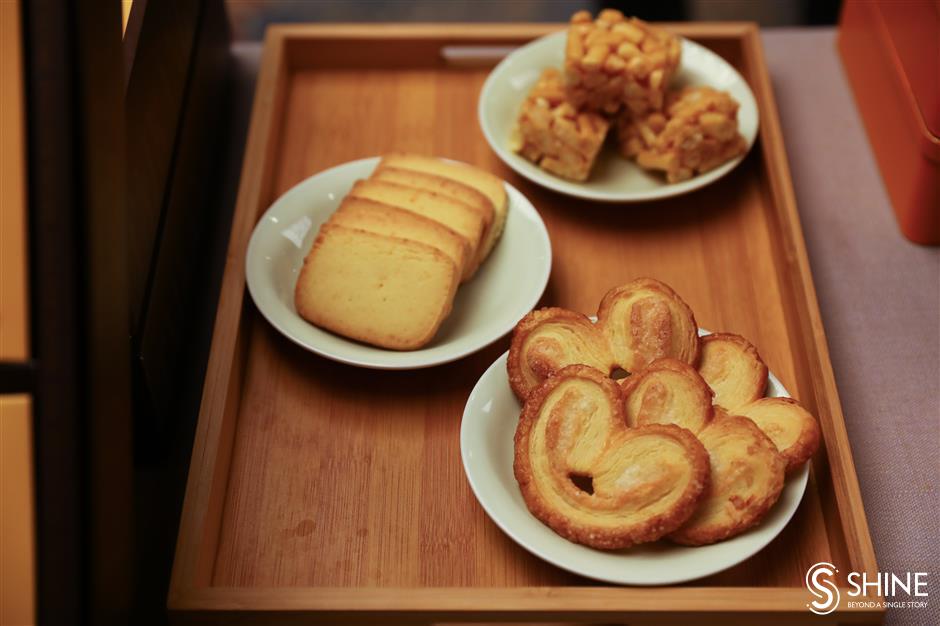 Some of the Shanghai snacks on display at Friday's event.