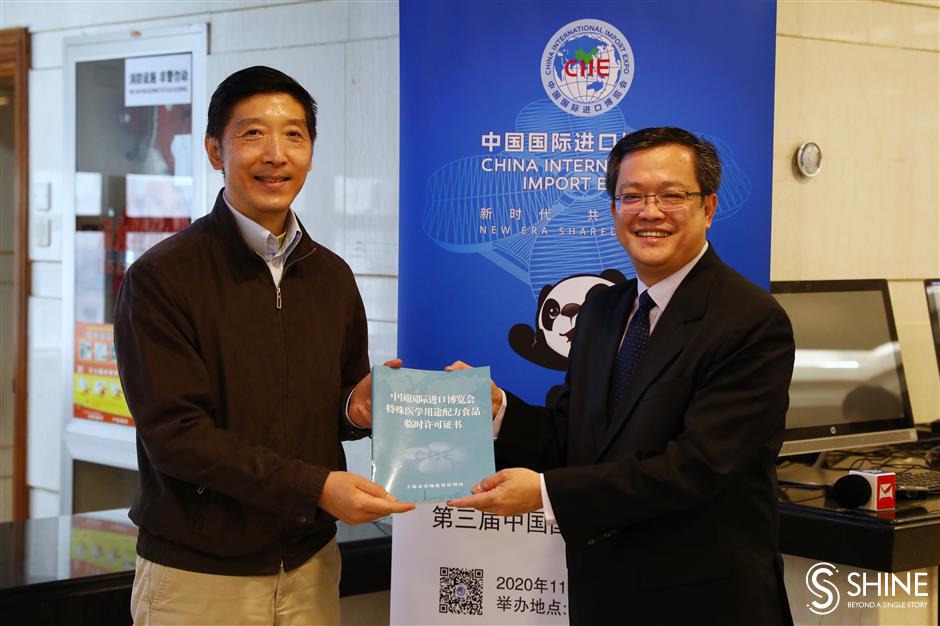 A company representative receives a temporary license on Monday.

It has already issued 41 temporary licenses, making it easier for them to exhibit their products at the expo, the Shanghai Administration for Market Regulation said.

“The scope and period of preferential policies has been expanded and extended for this year’s import expo,” said Xu Jin, deputy director of the administration.

Foods for special medical purposes have been included in the scheme for the first time.

Producers will be able to display their products for six months after the end of the expo in special areas like the special supervision and management areas of the customs and bonded logistics centers, the administration said.

The display period has been extended from the previous three months this year.

The regulator said that while 41 temporary licenses for special food products to be exhibited at the expo had been issued, the application and consultation process for licenses for more participating companies was underway.

“The new policy helps us with our display of special foods at the expo,” said James Ng, China Vice President of Danone Asia-Pacific Management Co.

“The extended display time creates more possibilities for us in the domestic market.”

Participating companies will also enjoy priority in on-the-spot checks, allowing them to enter the Chinese market early, the administration said.

“The policy allows the introduction of advanced products from overseas to the expo platform quickly,” said Zhang Suyi, president of Wyeth Nutrition Shanghai.

“The companies also enjoy the spillover effect from the expo at the same time,” Zhang said. 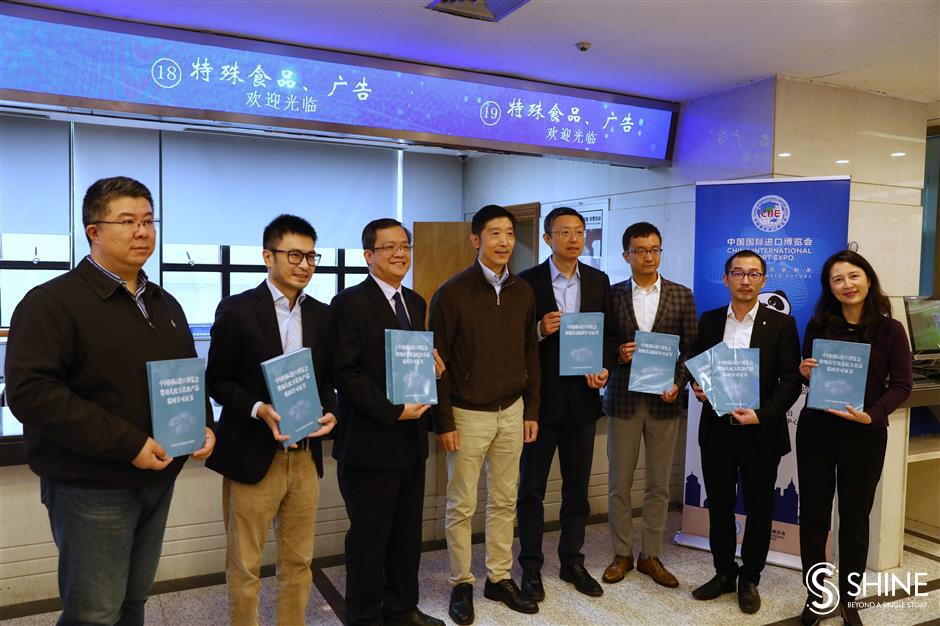