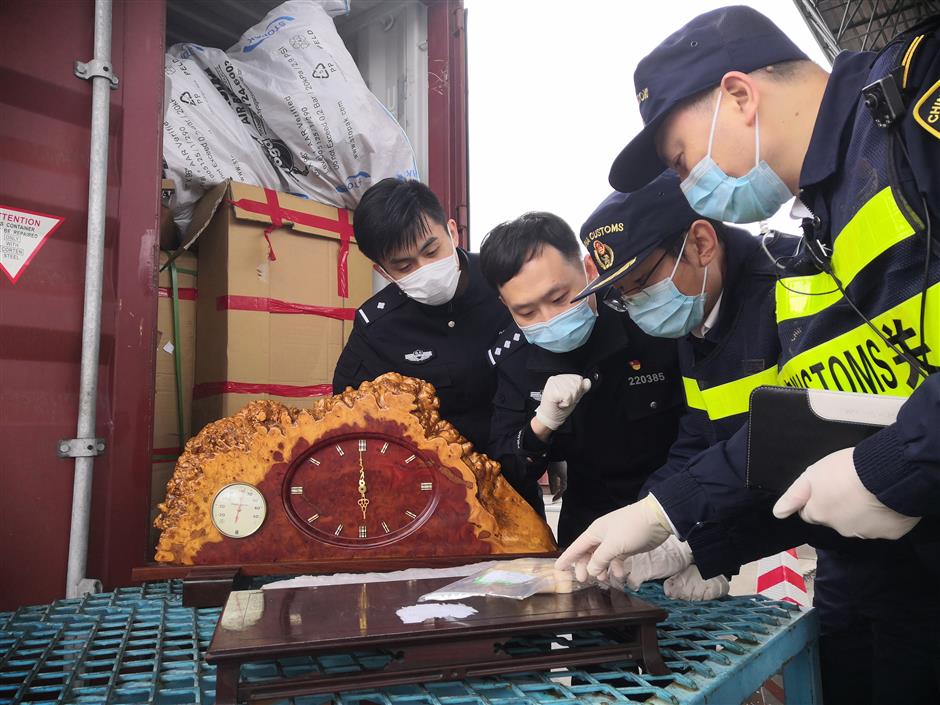 Officers from the anti-smuggling bureau check items made of ivory and rosewood.

Shanghai Customs’ anti-smuggling bureau is investigating a case of illegal imports of products made from endangered species, officials said on Friday.

The person the goods were sent to could not provide the required import permit, the authority said.

The imports and exports of such products are banned without a permit.

The Convention on International Trade in Endangered Species of Wild Fauna and Flora, or the Washington Convention, has listed rosewood as endangered since 2016.

All ivory trade in China has been banned since the end of 2017 to protect wild animals.