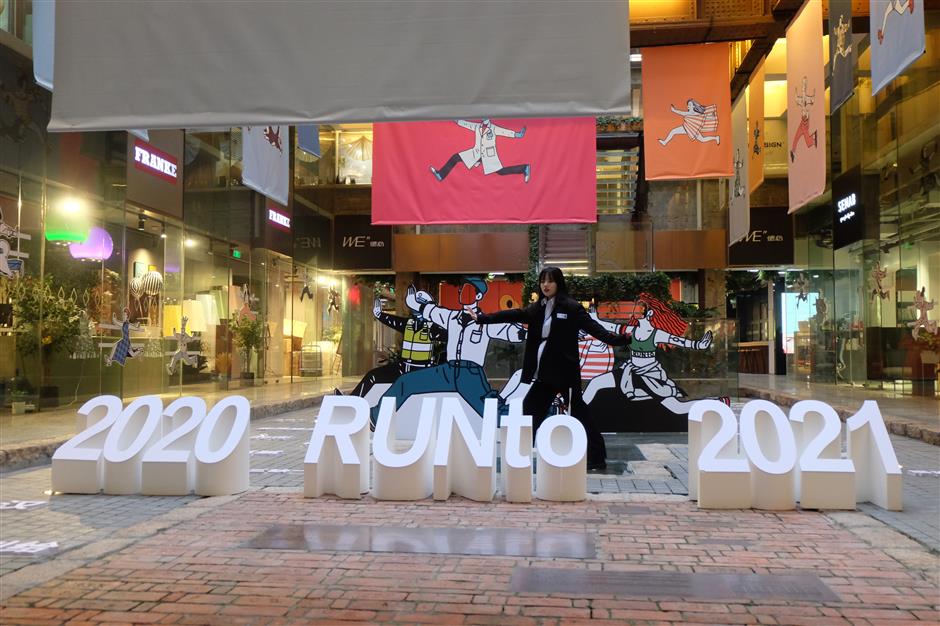 A modern art exhibition was launched at the site of China’s first stock exchange on the Bund on Wednesday.

“RUNto epoch” features cartoon figures from all walks of life in a hurdling posture. It is open to the public free at the We” International Hub@ The Bund at 501 Jiujiang Road, an innovation park on the former site of the Shanghai Chinese Merchants Stock Exchange, through the end of January.

Visitors are invited to pose with the hurdling figures as well as experience the historical ambiance of the well-preserved structure, according to the park’s operator and service provider DoBe.

The art figures were created by illustrator Yu Chang. She was inspired by happy running children.

“The historic building has the special quality to better showcase the meaning of the artworks,” Yu said.

The structure was built in 1933 as the major financial hub in the Far East. Nearly 200 securities were being traded at the exchange in 1934, making it the biggest stock exchange in East Asia.

The original vault of the former exchange has been preserved. Visitors can see the vault through glass floors. 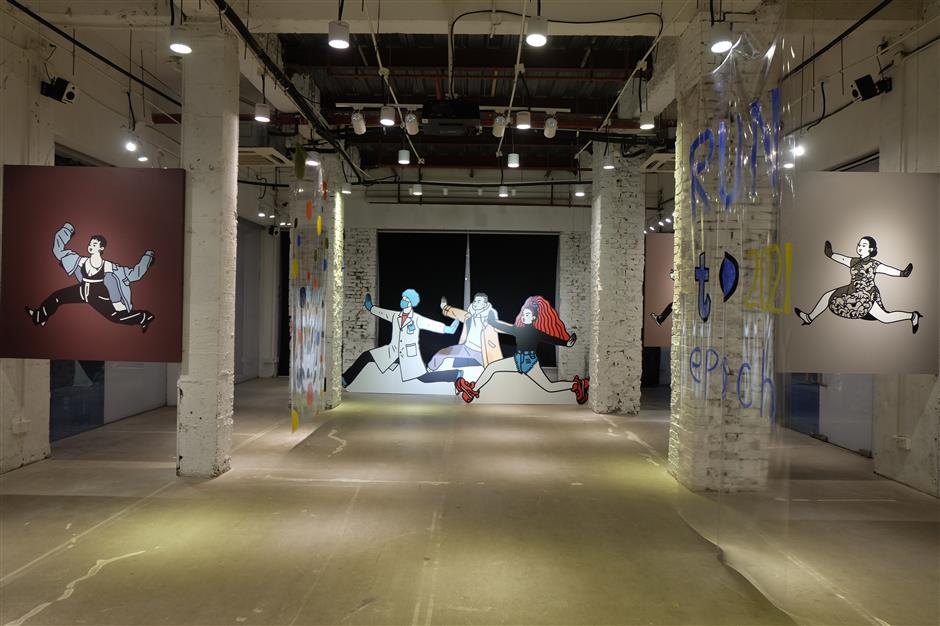 The exhibition is held above the former vault of the Shanghai Chinese Merchants Stock Exchange.

The H-shape concrete building was designed by Chinese architect Luke Him Sau (Lu Qianshou). The original foundation stone erected in 1931 has also been preserved in the building.

The stock exchange was transformed into the Shanghai Stock Exchange in 1946 and the building was shut down in 1949.

Dobe invited Italian architect Stefano Boeri to redesign the building in 2015. The original steel structure and concrete pillars have been largely preserved, while the designer incorporated a “vertical forest” design into the redevelopment project.

Over 70 public service and culture innovation companies are currently based in the building. Over 60 percent of them are regional headquarters of foreign enterprises, according to Dobe.

The art exhibition is being held above the former underground vault and a secret tunnel. The hurdlers symbolize running from the year 2020 to embrace the new year, Yu said.

The exhibition is part of the cultural events hosted by the park operator to enrich the life of employees and nearby residents amid the COVID-19 pandemic.

The exhibition space on the ground floor of the building will become a small theater for comedies or small markets in future.

Policy and financial support has been offered to help the companies, including the small-and-medium and startups, get through the difficult time, according to Dobe, which operates dozens of innovation parks mainly renovated from the former factory buildings or industrial heritage. 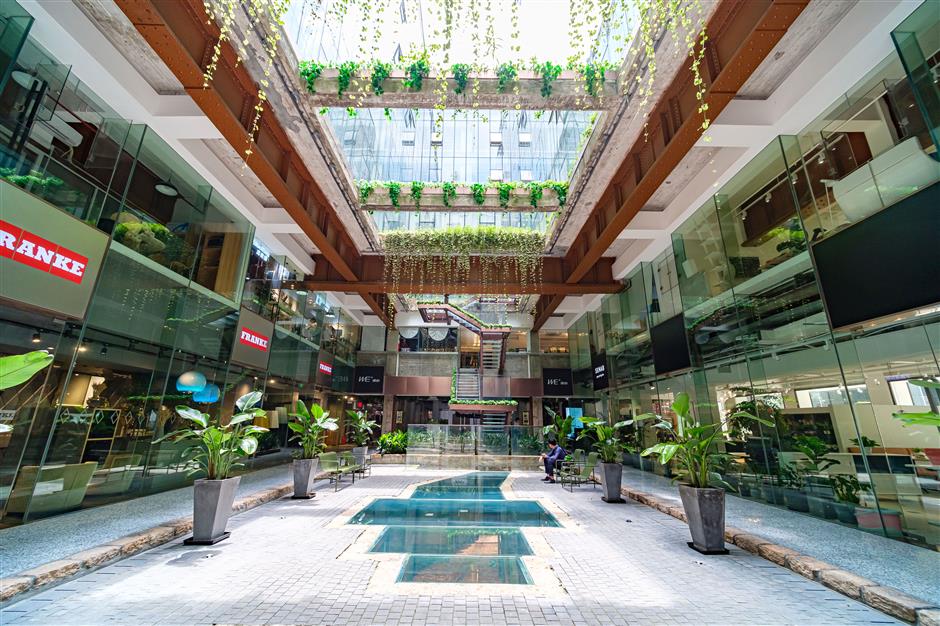 Visitors can view the underground vault through glass floors in the middle of the building. 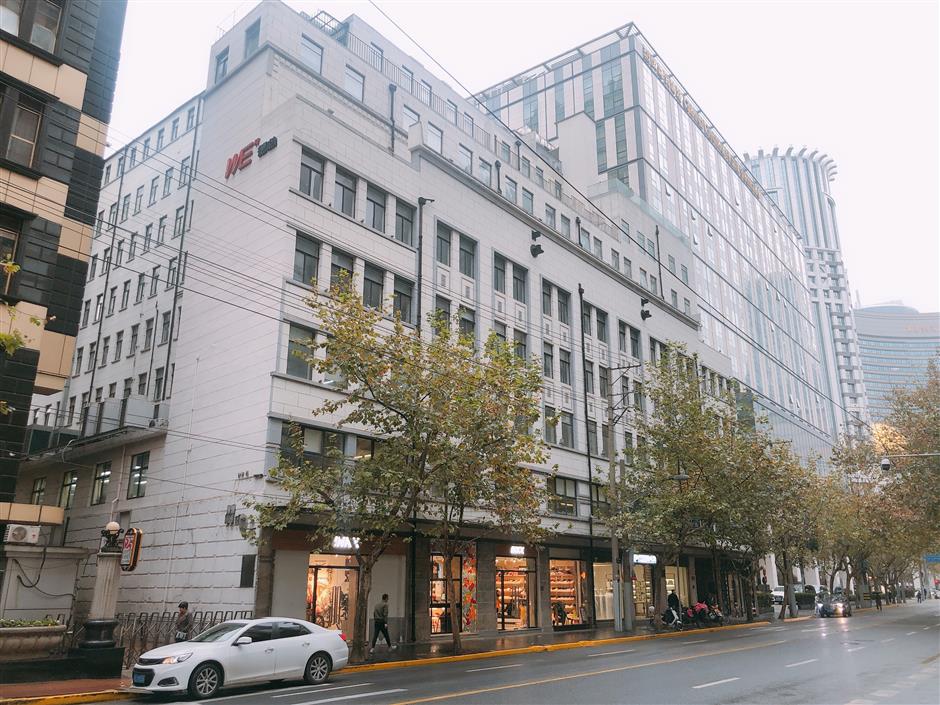 The We” International Hub@ The Bund on 501 Jiujiang Road in Huangpu District.